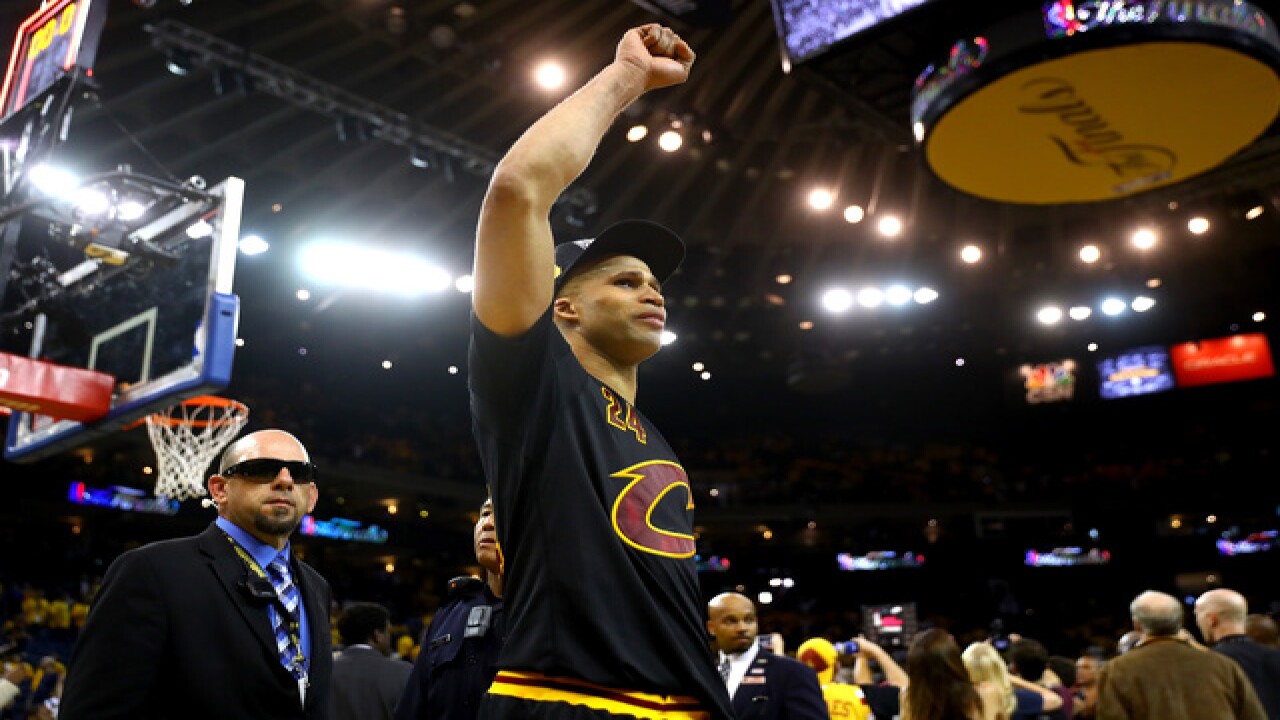 CLEVELAND — One thing all Cleveland fans will remember for the rest of their lives is the NBA finals in 2016.

Former Cavalier Richard Jefferson wrote an article for the Player's Tribune about his experience during that series.

Jefferson had played for 13 seasons and 916 in the NBA before finally getting a ring.

The Cavs were down 3-1 before making an unbelievable comeback and beating the Golden State Warriors,

Jefferson talked about how much it meant to him to be apart of the team that brought a championship to Cleveland.