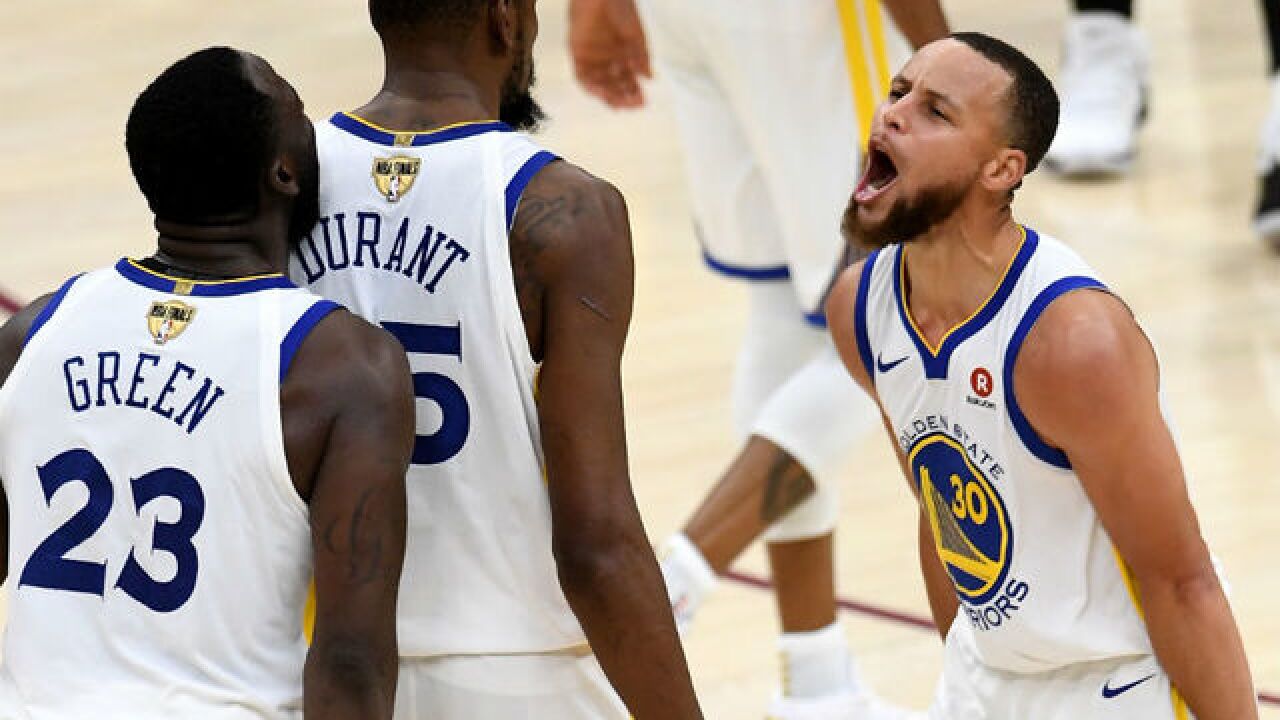 Copyright 2018 Scripps Media, Inc. All rights reserved. This material may not be published, broadcast, rewritten, or redistributed.
<p>The Golden State Warriors are the 14th team to win the first three games of the NBA Finals. Game 4 is Friday night at Quicken Loans Arena. (Photo by Jason Miller/Getty Images)</p>

CLEVELAND – The Bay Area is already gearing up for what could be the inevitable.

A store inside the San Francisco airport has already printed T-shirts that proclaim the Golden State Warriors as the 2018 NBA champions.

ESPN sports business reporter Darren Rovell tweeted a photo Thursday morning of the blue and gold shirt that features the Warriors team logo and a retail price that appears to be $36.99.

A store at the airport in San Francisco gives us a first look.... pic.twitter.com/2rYoKmIVHP

Not many people are giving the Cavaliers a chance facing a 3-0 deficit, but maybe this adds a bit of fuel for the Cavs entering Game 4 Friday night at Quicken Loans Arena that will air at 9 p.m. on News 5.

After all, LeBron James is very proficient at knowing what’s at stake in elimination games and delivering in the moment .