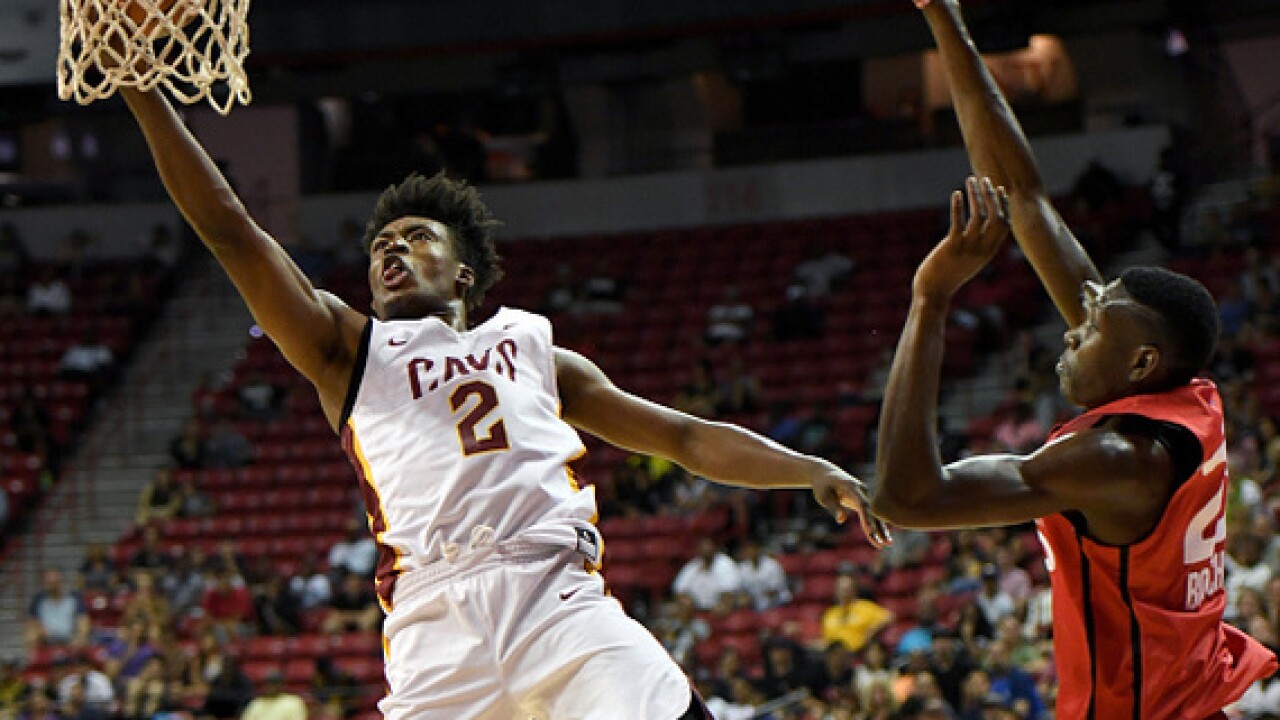 Image copyright 2018 Getty Images. All rights reserved. This material may not be published, broadcast, rewritten, or redistributed.
Ethan Miller
<p>LAS VEGAS, NV - JULY 15: Collin Sexton #2 of the Cleveland Cavaliers drives to the basket against Chris Boucher #25 of the Toronto Raptors during a quarterfinal game of the 2018 NBA Summer League at the Thomas & Mack Center on July 15, 2018 in Las Vegas, Nevada. The Cavaliers defeated the Raptors 82-68. NOTE TO USER: User expressly acknowledges and agrees that, by downloading and or using this photograph, User is consenting to the terms and conditions of the Getty Images License Agreement. (Photo by Ethan Miller/Getty Images)</p>

The 2018 NBA Summer League tournament may be over, but Collin Sexton is just getting started. The rookie was .... intense as the Cavs took on the favored Lakers Monday night.

Collin Sexton had his game face on. pic.twitter.com/4JObQbiDPa

Sexton scored 27 points while making plays in crunch time as Cleveland fell to the top-seeded Lakers 112-109 in double overtime.

This one tied it up late.

And this one came too late, but what a shot.

Not bad for a guy who supposedly doesn't have an outside shot.

Following the game, Dan Gilbert gave a shoutout to the entire team, particularly Sexton, who has people around the NBA starting to take notice .

Hell of a run by @CollinYoungBull and the the entire @Cavs Summer League squad. These guys repped the franchise and the city of Cleveland with character, heart and guts we plan to continue this Fall...