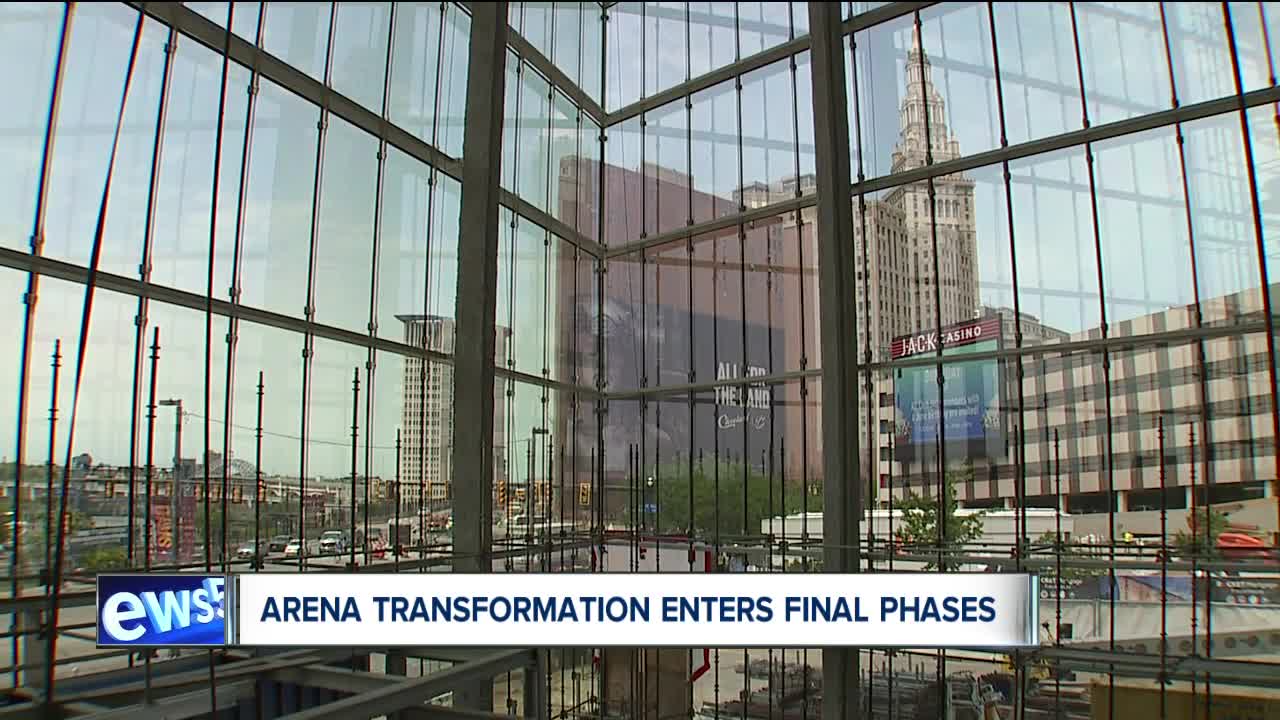 The Rocket Mortgage FieldHouse is weeks away from its official debut with a performance from Akron's The Black Keys, but representatives for the arena gave a sneak peek at the progress on the $185 million transformation project. 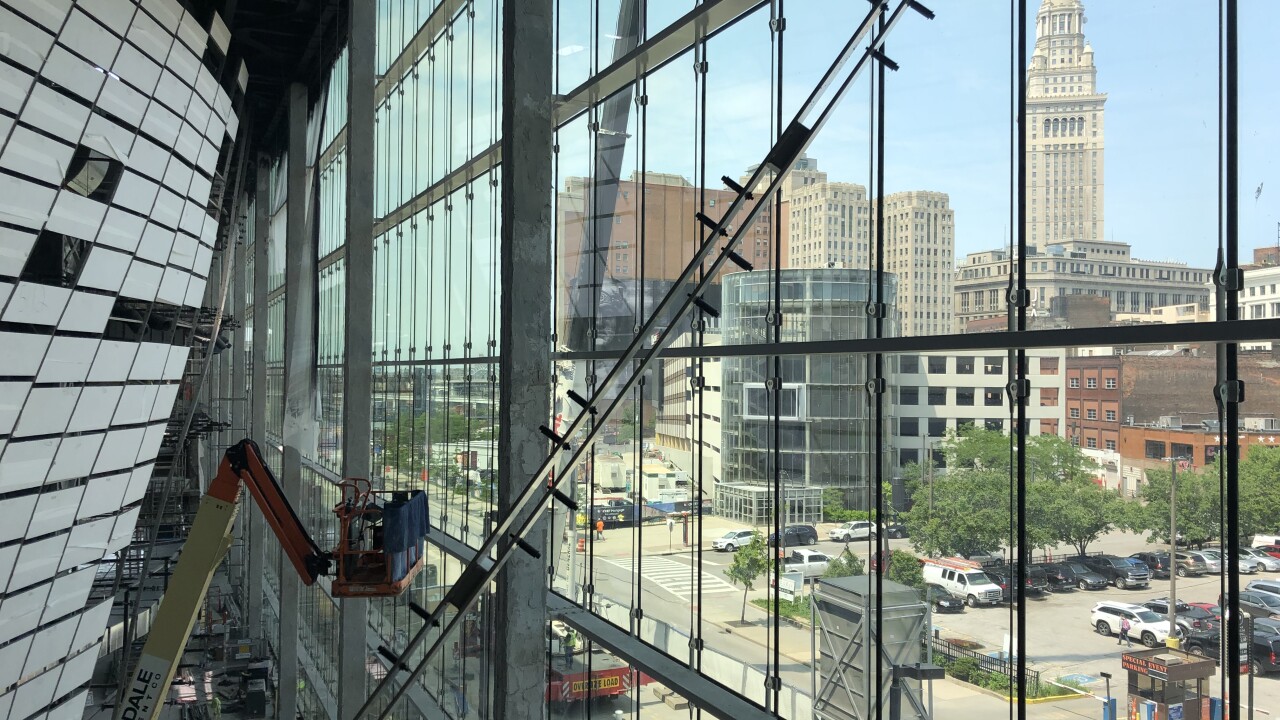 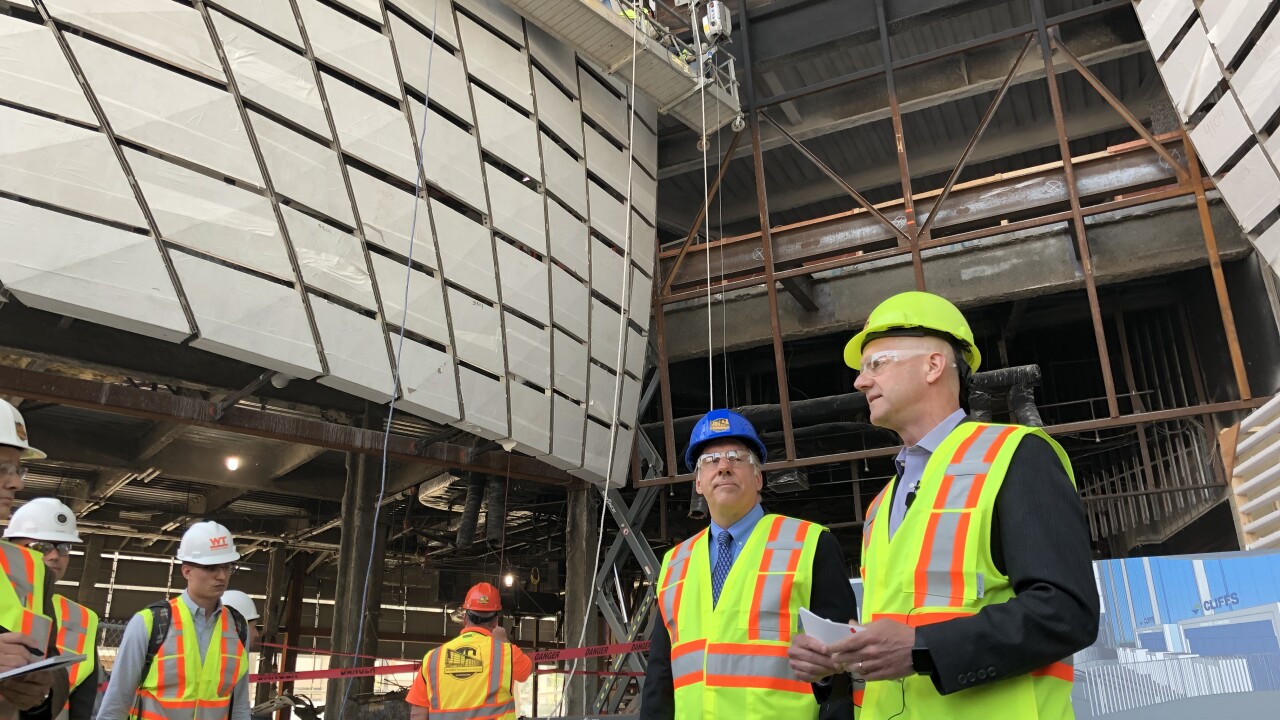 CLEVELAND — One hundred and eighteen days before Akron's "Black Keys" will take center stage at Rocket Mortgage Field House, the arena is a dusty mess. That is of course what goes along with a $185 million transformation.

Arena officials gave an update on the project during a hard hat tour Tuesday. Arena CEO Len Komoroski said the overhaul will be the new gold standard for similar work across the country.

"This will really set a new benchmark as you look at renovations of arenas around the country. And when you see renovations or hear about renovations it's typically episodic on a piece or a portion of the building," said Komoroski. "The Rocket Mortgage Field House will truly be transformed into a new venue both inside and out. So externally or internally, there really won't be a facet of this venue that will not be touched."

For the first 25 years of its life, the building was for the most part a near-windowless box, closed off from the city beyond.

"Before with the arena you didn't know if an event was going on unless you saw people coming in or out of the venue," Komoroski said. Now it will be opened up with the atrium and a brushed aluminum curtain wall along the north side of the building that will be lit up, Terminal Tower-like, in LED lights.

Komoroski said the arena will have "1,500 different lighting combinations, and we can also have motion within that as well. So think about this: if it's a Cavaliers game, Monsters game, Justin Timberlake, the NCAA tournament, whatever that may be, you know, we'll be able to dramatically change the feel of Rocket Mortgage FieldHouse."

That's all while giving people a chance to gather out of the elements, Komoroski said, while standing in the newly-enclosed Northeast entrance.

"We can all recall the arena before where basically that was the entrance — the experience for our fans was to wait outside in the cold, you know, a beautiful January day, negative 5 degrees and into a small vestibule area to be processed and jammed up and then rushed into a concourse. Those days are over."

Over as well will be the claustrophobic feeling in the concourse in the highest level of the arena. At one end they've removed three sections of seats to create a "Loudville" gathering space that will enable event-goers to get a drink or meet up with friends without being removed from the action.

A short walk away is another space where the "Overlook Bar" will go, appropriately named for overlooking the atrium below while offering a stunning view of the city beyond.

"Whether you're in a courtside seat or the last row of the building, you can have a spectacular experience," Komoroski said.

View a livestream of the complete sneak peek tour on the News 5 Facebook page: