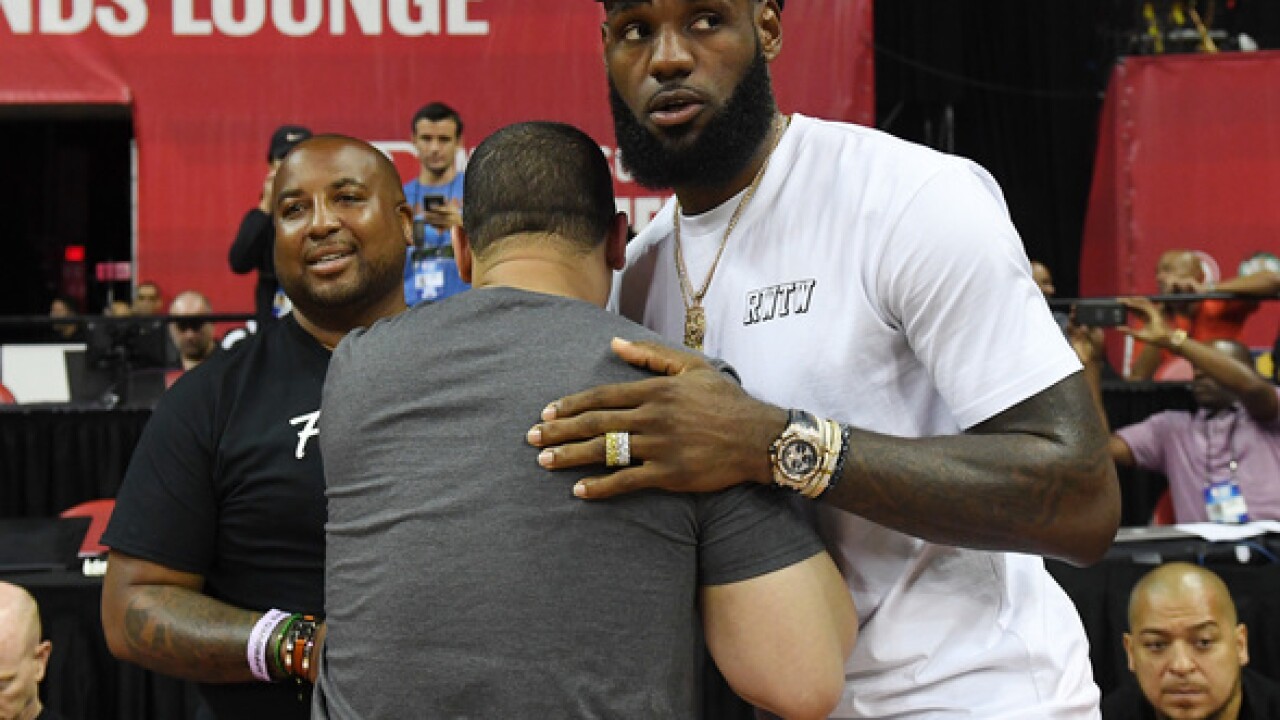 Image copyright 2018 Getty Images. All rights reserved. This material may not be published, broadcast, rewritten, or redistributed.
Ethan Miller
<p>LAS VEGAS, NV - JULY 15: (L-R) Randy Mims looks on as head coach Tyronn Lue of the Cleveland Cavaliers hugs LeBron James of the Los Angeles Lakers after a quarterfinal game of the 2018 NBA Summer League between the Lakers and the Detroit Pistons at the Thomas & Mack Center on July 15, 2018 in Las Vegas, Nevada. NOTE TO USER: User expressly acknowledges and agrees that, by downloading and or using this photograph, User is consenting to the terms and conditions of the Getty Images License Agreement. (Photo by Ethan Miller/Getty Images)</p>

You probably saw the reunion between LeBron James and Tyronn Lue on Sunday as the two had a postgame reunion at the NBA Summer League games, but did you see the memes following their interaction?

The interaction between LeBron and Ty Lue appeared to be all smiles, but that didn't stop the internet from having some fun.

This one sums up a possible reaction from Lue following James' announcement that he was going to the Lakers.

This is the most “imma keep it real withchu, Chief...” photo of 2018 pic.twitter.com/splm5csOnT

Then there's this one.

When LeBron told Ty Lue he had to actually coach this season pic.twitter.com/ZvTmuQeVsb

The best one for last.

LeBron: “So how JR been doing these days?”

Ty Lue: “He still don’t know you went to the Lakers man”

LeBron: “Hahaha you gonna tell him?”