Tristan Thompson coming off the bench amid Cavs slump 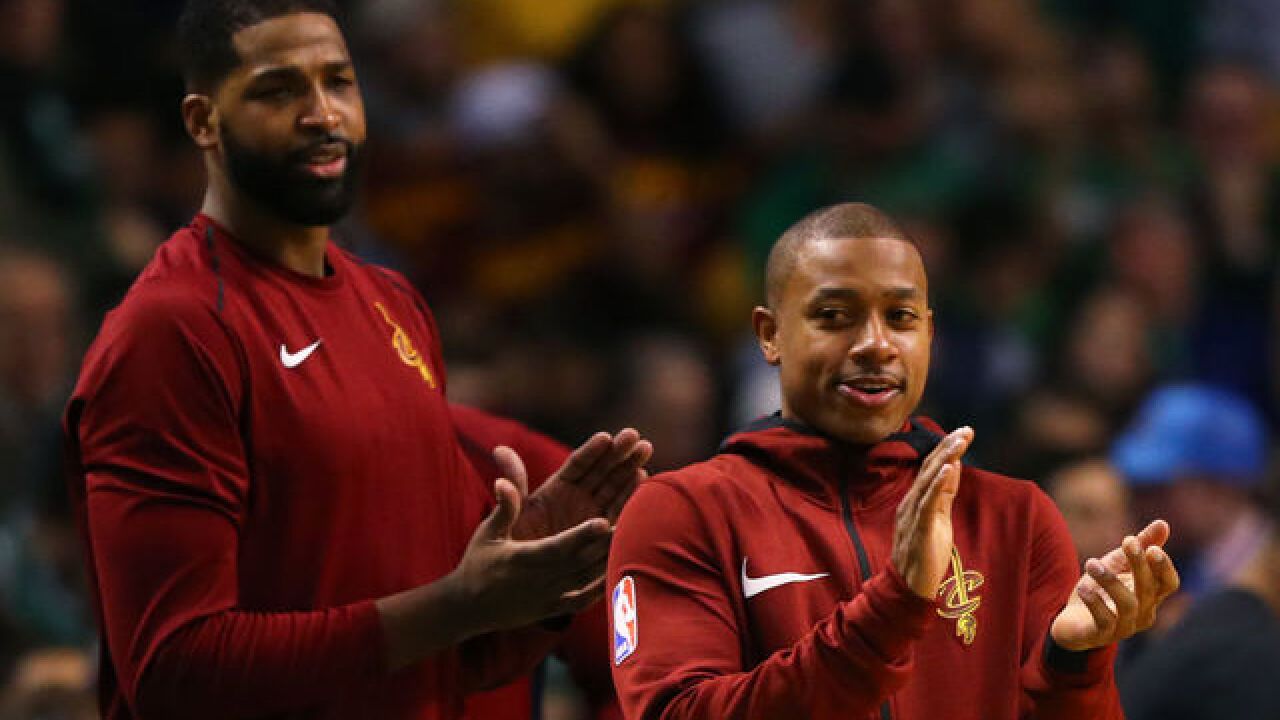 Copyright Getty Images
Maddie Meyer
<p>BOSTON, MA - JANUARY 3: Isaiah Thomas #3 of the Cleveland Cavaliers and Tristan Thompson #13 look on from the bench during the second half against the Boston Celtics at TD Garden on January 3, 2018 in Boston, Massachusetts. (Photo by Maddie Meyer/Getty Images)</p>

Cavaliers coach Tyronn Lue has tweaked his starting lineup in hopes of reviving a team that has lost 10 of 13 games.

Lue had been resisting changes, but after Thursday's practice he said he's dropping forward Jae Crowder to the second team, bringing center Tristan Thompson off the bench and returning All-Star Kevin Love to power forward.

The defending Eastern Conference champions have had a tumultuous few days, highlighted by a team meeting Monday when players aired grievances. Love was targeted by some teammates, who were unhappy he went home sick during a game last weekend and missed a practice.

LeBron James is confident the team can mend any differences, saying "We'll be fine."

On Friday, the Cavs host the Pacers, who have beaten Cleveland three times this season.