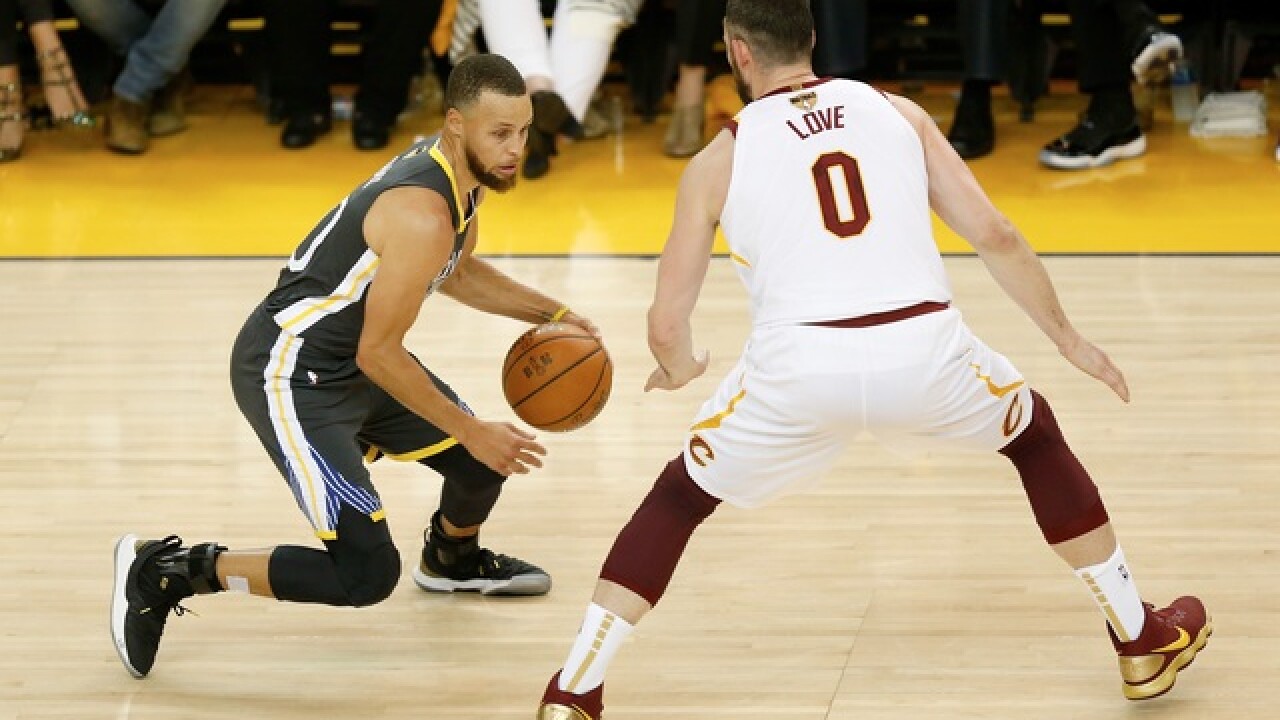 LeBron James (29 points, 13 assists, 9 rebounds) had another monster Finals performance, but it wasn't enough as the Cavs fell short 122-103. After the debacle that was Game 1, we were all left to wonder how the Cavs and the officials would respond in Game 2. Neither party showed much of an improvement.

They looked even better. Steph Curry dropped in 33 sometimes-unbelievable points, including a record nine three-pointers in one Finals game, and Kevin Durant and Klay Thompson both topped 20.

The series heads to Cleveland on Wednesday (9 p.m., News 5), where the Cavs are in a must-win situation.

Third quarter: Cavs claw back
The Cavs made some halftime adjustments. And they worked. The Warriors usually own the third quarter, but it was the Cavs who made the extra passes and sank the three-pointers as Kevin Love and Tristan Thompson gave Cleveland a much-needed boost from the outside and inside, respectively, as they pulled the Cavs within 10, trailing 90-80.

First half: It was all Warriors

LeBron James had a quiet 15 points, and the only other Cav to show an offensive spark in the first half was George Hill. The Cavs were down 59-46 at the end of the first half, but you couldn't help but feel it could be worse.