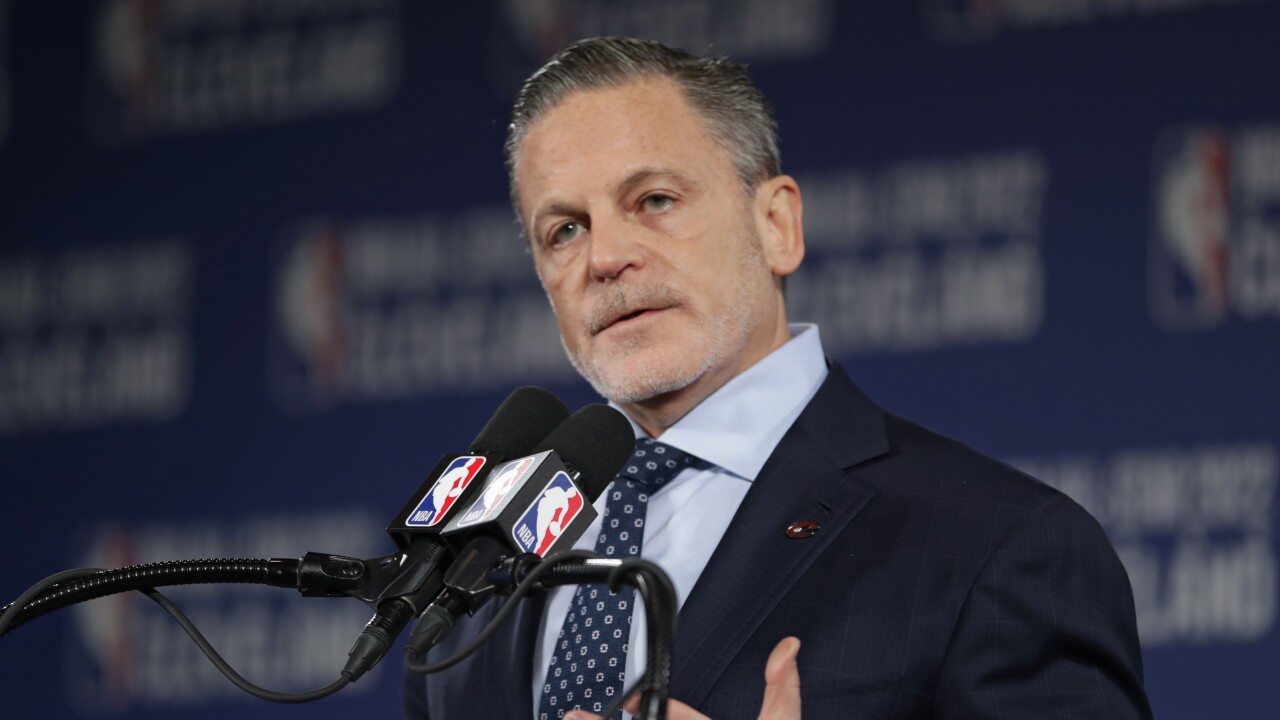 Tony Dejak/AP
FILE - In this Nov. 1, 2018 file photo, Cavaliers owner and Quicken Loans founder and Chairman Dan Gilbert speaks at a news conference announcing the 2022 NBA All -Star game, in Cleveland. Gilbert is slowly returning to work eight months after suffering a stroke. The 58-year-old entrepreneur returned to his Detroit office early this year. In an interview with Crain's Detroit Business, he said he spends one or two days a week in his office, using a wheelchair and accompanied by a service dog. (AP Photo/Tony Dejak, File)

DETROIT — For the first time since suffering a stroke eight months ago, Cleveland Cavaliers owner and Quicken Loans founder Dan Gilbert will speak publicly on Friday at the Crain’s Annual Newsmaker luncheon in Detroit.

Gilbert will be honored as the inaugural member of its Hall of Fame.

Gilbert, 58, returned to his Detroit office early this year. He is there one or two days a week, using a wheelchair and accompanied by a service dog named Cowboy. He also spends three or four hours a day working with physical and occupational therapists at his home.

"When you have a stroke, here's the problem with it: Everything is hard. Everything," Gilbert told Crain's Detroit Business in his first interview since the stroke. “Like you wake up, getting out of bed is hard, going to the bathroom is hard, sitting down eating at a table is hard. You name it. You don't get a break. You're like trapped in your own body.”

Gilbert spent eight weeks at a rehabilitation center in Chicago last summer. He is able to walk with a cane and struggles to move his left arm.

RELATED: Dan Gilbert gets back to work after stroke