The Cavs' summer-league team is one win away from championship game and guess who they're playing... 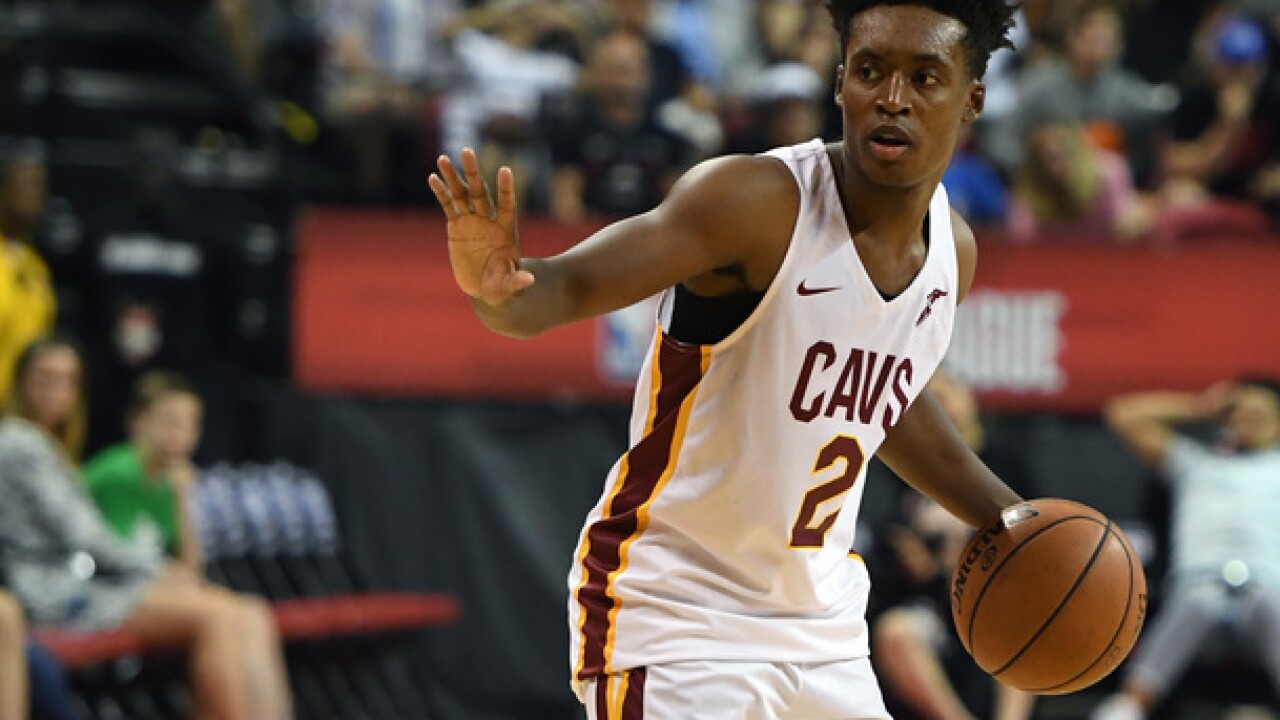 Copyright 2018 Scripps Media, Inc. All rights reserved. This material may not be published, broadcast, rewritten, or redistributed.
Ethan Miller
<p>LAS VEGAS, NV - JULY 15: Collin Sexton #2 of the Cleveland Cavaliers sets up a play against the Toronto Raptors during a quarterfinal game of the 2018 NBA Summer League at the Thomas & Mack Center on July 15, 2018 in Las Vegas, Nevada. The Cavaliers defeated the Raptors 82-68. NOTE TO USER: User expressly acknowledges and agrees that, by downloading and or using this photograph, User is consenting to the terms and conditions of the Getty Images License Agreement. (Photo by Ethan Miller/Getty Images)</p>

It's been a bummer of a summer for Cavs fans. First the loss to Golden State, then LeBron leaving for the Lakers.

Well, Cleveland, we may have a (small) chance to take back some of what California has taken from us. The Las Vegas Summer League tournament is winding down, and the semifinals Monday night feature the 12-seeded Cavaliers against the top-seeded Lakers in the final four.

The Lakers are led by Josh Hart, who is averaging 21.6 points, more than any other player in Vegas. And they also have the best basketball player on the planet rooting them on (those shorts, tho).

The Cavs have a rising young star in rookie Collin Sexton, the fresh face in the team's post-LeBron era. The 19-year-old is averaging 18.3 points and 3.7 assists in the summer league, which are the best on the team.

Tip-off for Monday night's semifinals game between the Lakers and Cavs is at 8:30 p.m. ET. You can catch the game on ESPN2.