Everything you need to know about the 2018 NBA Finals 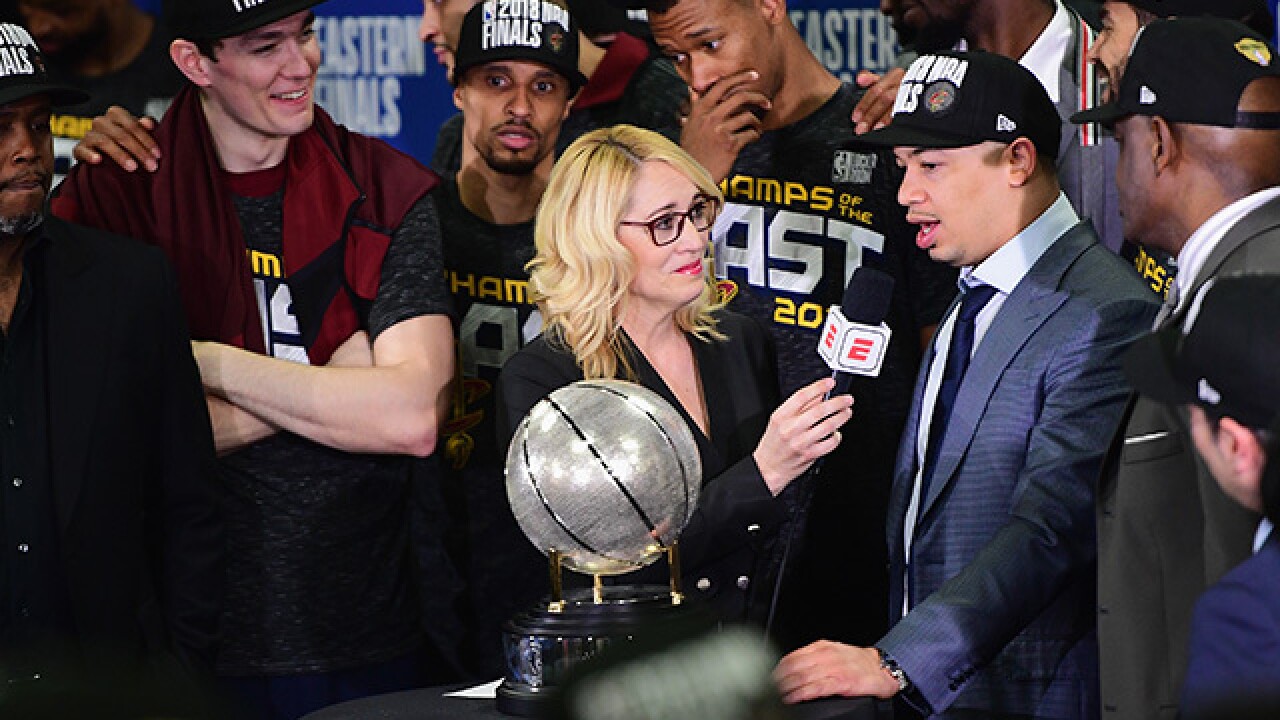 Image copyright 2018 Getty Images. All rights reserved. This material may not be published, broadcast, rewritten, or redistributed.
<p>BOSTON, MA - MAY 27: Head coach Tyronn Lue of the Cleveland Cavaliers is interviewed by Doris Burke after defeating the Boston Celtics 87-79 in Game Seven of the 2018 NBA Eastern Conference Finals to advance to the 2018 NBA Finals at TD Garden on May 27, 2018 in Boston, Massachusetts. </p>

The 2018 NBA Finals have a familiar feel as the Cavaliers and Warriors go head-to-head for the fourth time in four years. On one side, a Cavs team that won Games 6 and 7 of the Eastern Conference Finals with one All-Star on the court. On the other side: a Warriors team with four All-Stars and two future Hall-of-Famers. Can a team with LeBron James be an underdog? When it comes to the loaded Warriors, the answer is yes.

Where to watch
All games will air right here on News 5, and our in-depth pregame coverage with be streamed online.

All game will be followed by a post-game show on News 5.

Vegas Odds
The Warriors open the series as huge favorites .

Warriors hold a 2-1 edge over the last three Finals
It's time to take back the title as reigning champs. In case you forgot, here are the teams that took the ring home in the last four years.

Where to get the latest Cavs news
You can follow the Finals from start to finish on our  Rally for the Ring  page.

Get Hyped
If you need to get extra hyped ahead of Game 1, watch this video to relive LeBron James' full NBA Finals Journey.

Warning: It might make you shed a tear or get up on your feet and start screaming "Go Cavs!"