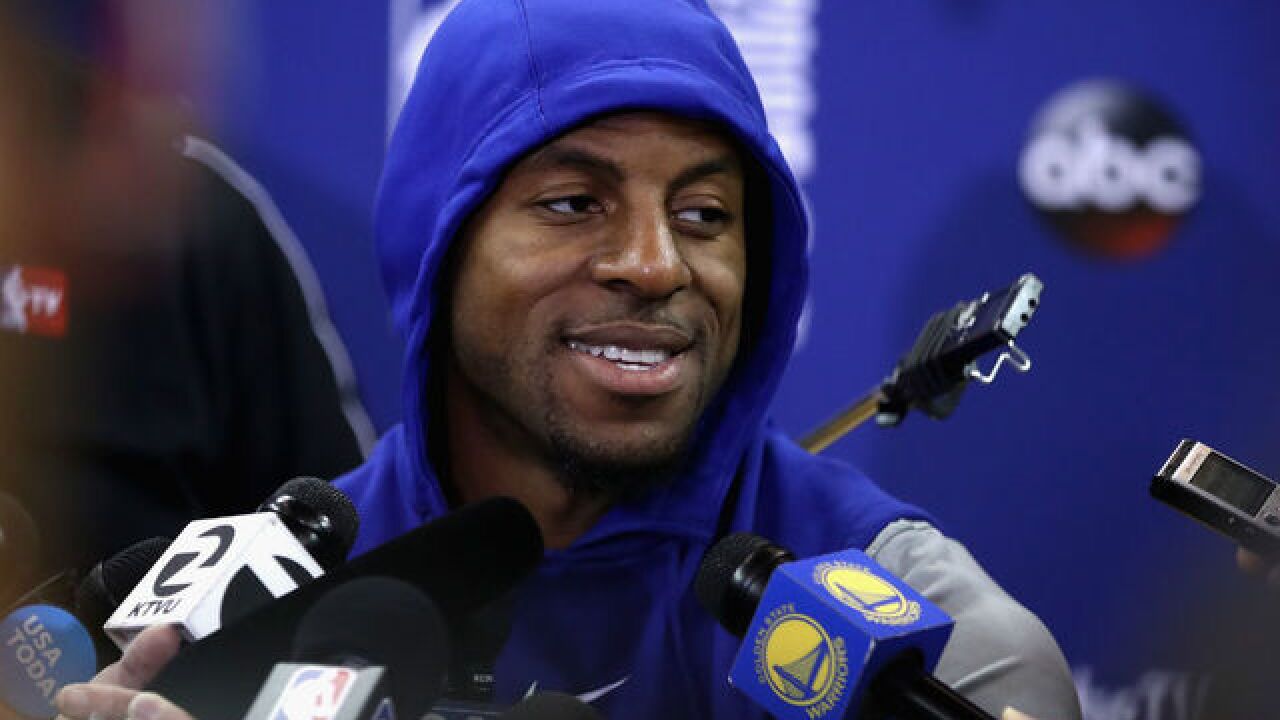 Copyright 2018 Scripps Media, Inc. All rights reserved. This material may not be published, broadcast, rewritten, or redistributed.
<p>There is a good chance Warriors forward/guard Andre Iguodala will be ready to play in tonight's Game 3 of the NBA Finals after missing the past six games of the postseason with a left lateral leg contusion/bone bruise. (Photo by Ezra Shaw/Getty Images) </p>

CLEVELAND – Golden State Warriors coach Steve Kerr said Wednesday there is a “good chance” forward/guard Andre Iguodala will play in tonight’s Game 3 of the NBA Finals at Quicken Loans Arena, according to ESPN .

Iguodala is officially listed as a game-time decision for tonight’s Games 3 (9 p.m. tip-off, News 5). Iguodala has missed the Warriors’ past six games this postseason with a left lateral leg contusion/bone bruise after sustaining the injury in Game 3 of the Western Conference finals.

He went through a full personal workout and sprinted for the first time on Saturday, sources told ESPN’s Chris Haynes. Iguodala, the 2015 NBA Finals MVP, did some on-court work Monday and said he felt better, according to TNT analyst David Aldridge .

Iguodala, a two-time NBA champion with the Warriors, is averaging 7.9 points, 4.9 rebounds and 3.1 assists in the 2018 postseason.