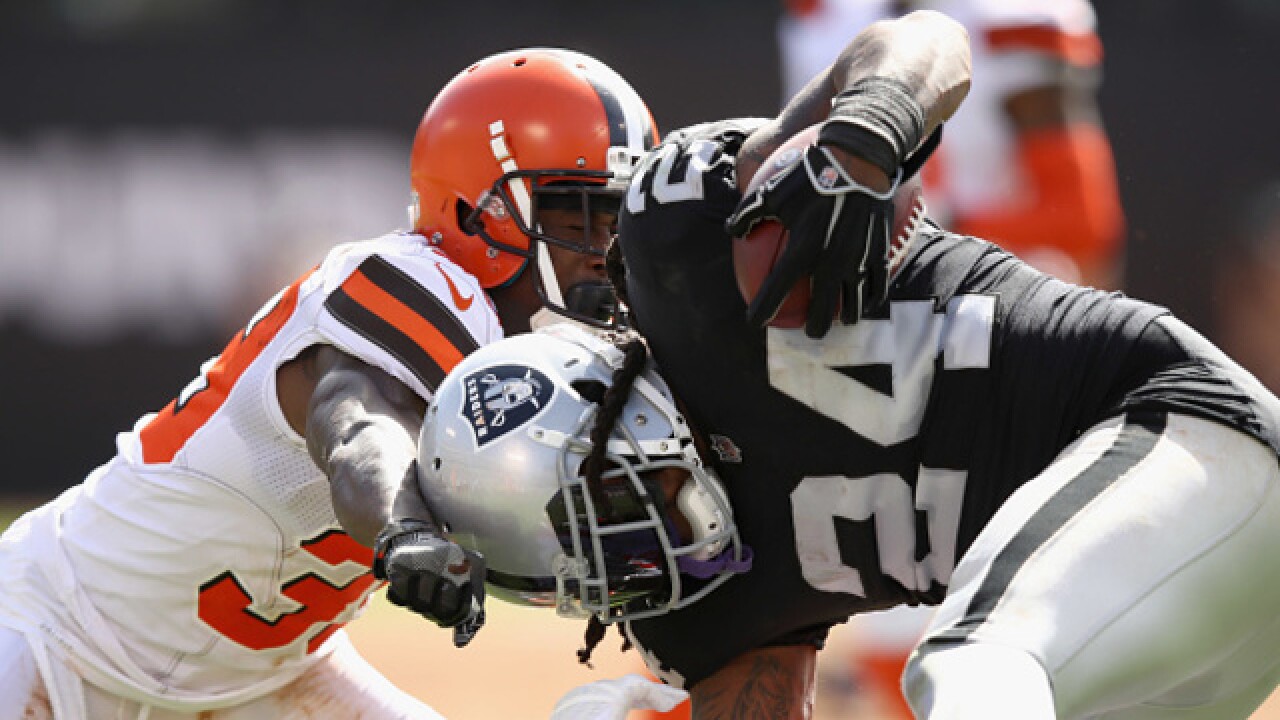 Image copyright 2018 Getty Images. All rights reserved. This material may not be published, broadcast, rewritten, or redistributed.
Ezra Shaw
<p>OAKLAND, CA - SEPTEMBER 30: Marshawn Lynch #24 of the Oakland Raiders is tackled by Terrance Mitchell #39 of the Cleveland Browns at Oakland-Alameda County Coliseum on September 30, 2018 in Oakland, California. (Photo by Ezra Shaw/Getty Images)</p>

Browns DB Terrance Mitchell was activated Saturday afternoon after being on injured reserve for a broken wrist, according to the team.

Mitchell started in each of the Brown’s first four games, recording 19 tackles, one interception, two forced fumbles, and a fumble recovery in that time.

Mitchell fractured his wrist in the Brown’s game against the Oakland Raiders on Sep. 30 and has been on injured reserve since Oct. 2.

While the Browns are taking a player off of injured reserve, they are adding another.

TE Pharaoh Brown was placed on injured reserve after leaving practice on Friday with a shoulder injury, according to the team.

Brown has been inactive for the team’s last five games.