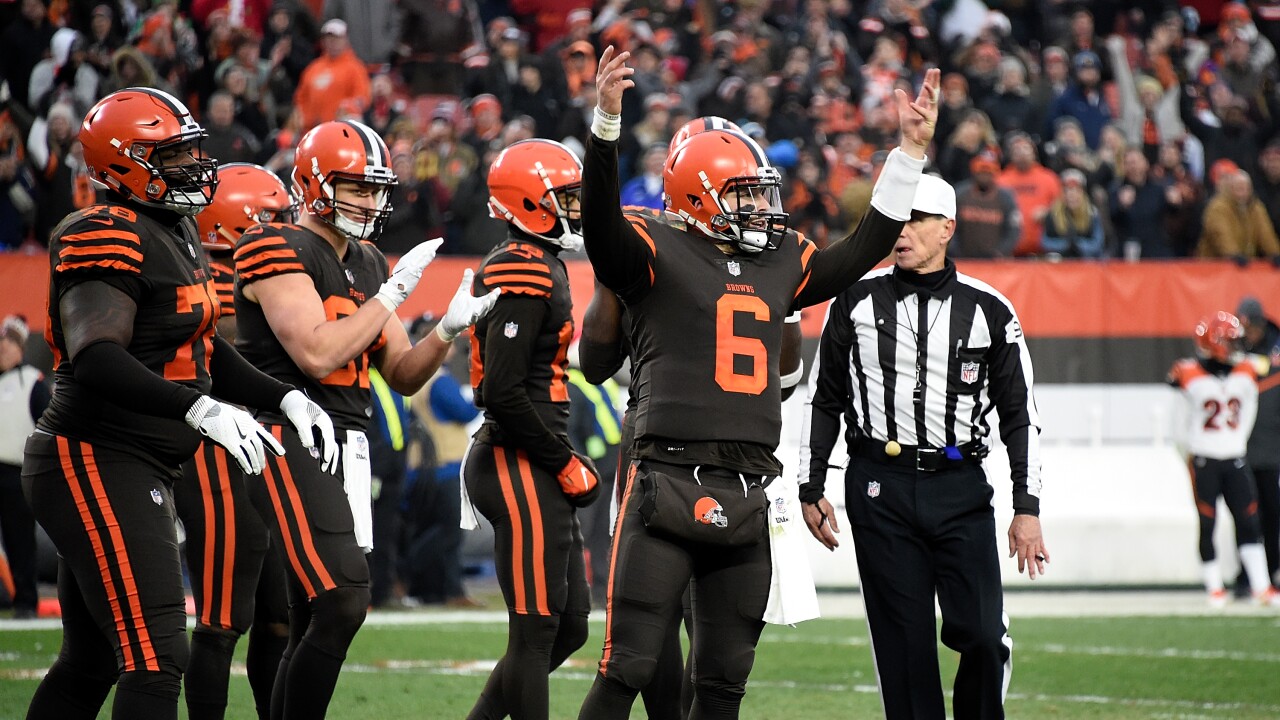 CLEVELAND — The Browns may not be going to the post-season, but they still have a chance to end the season with a winning record for the first time in 11 years.

The Browns defeated the Cincinnati Bengals 26-18 on Sunday and the last game of their season against the Baltimore Ravens is a week away.

If the Browns win their last game, they will end the season with an 8-7-1 record, making it the first time since 2007 that the team has had a winning record at the end of the season.

The last game of the season is Dec. 30 against the Ravens at the M&T Bank Stadium in Baltimore.