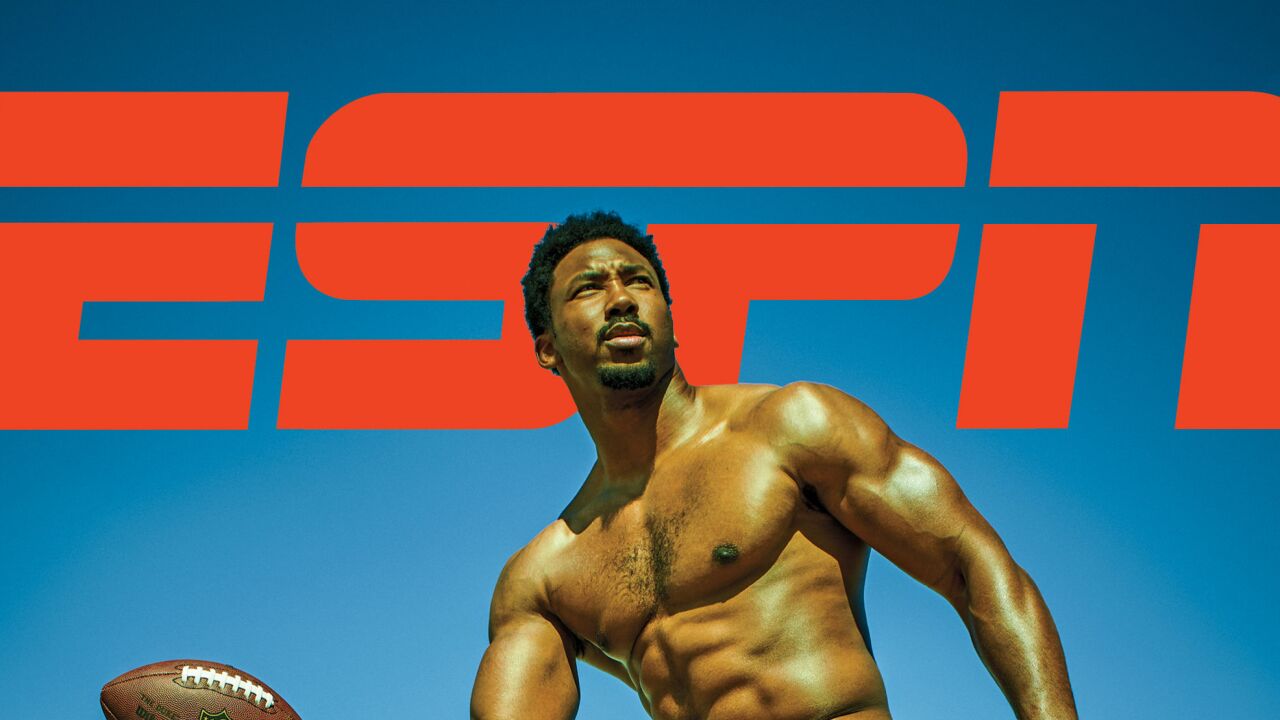 CLEVELAND — Browns defensive end Myles Garrett is the latest Cleveland athlete to be featured in the final print edition of the popular BODY Issue of ESPN the Magazine.

The BODY Issue, the annual publication that features athletes from many different sports nude or semi-nude, included Garrett in the shoot in addition to 20 other athletes.

Click to see some of Garrett’s BODY Issue photos provided by ESPN. Warning: Images are obviously not safe for work.

Love appeared in the magazine in 2015 with Beckham, while Puig appeared in last year’s edition.

For Garrett’s shoot, he was photographed in the desert fully nude but posed in ways to partially cover himself.

Garrett’s edition of the BODY Issue will be the final print version as ESPN The Magazine is shutting down in September, but the potential for a digital version remains as ESPN evolves and focuses on digital consumption.

The magazine will hit the shelves on Friday.

Here is a list of all of the athletes featured in the final print edition: