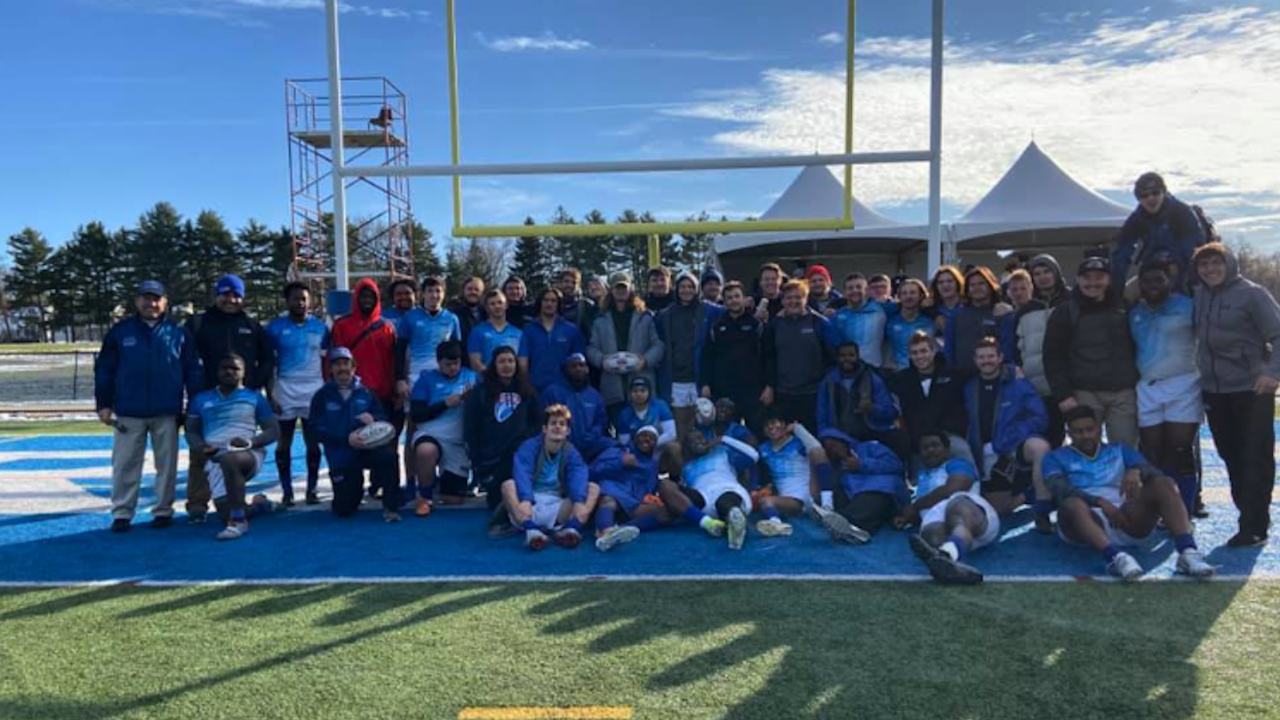 SOUTH EUCLID, Ohio — Browns punter Jamie Gillan, better known as The Scottish Hammer, recently paid a visit to a Northeast Ohio college to hangout with the school's rugby team after a match.

Gillan originally played rugby for Merchiston Castle School in Edinburgh before coming to America and playing football at the University of Arkansas at Pine Bluff, where he was scouted by the Browns.

Notre Dame College men’s rugby team in South Euclid was visited by Gillan this past Saturday during their last match of the season.

Gillan surprised the rugby team, showing up to the match unannounced.

Sam Klimkowski, a senior on the Notre Dame Falcons rugby team, said he was excited Gillan was able to attend one of their matches.

"We were happy to see him and glad he finally made a match,” Klimkowski said.

Klimkowski said his team was able to chat with Gillan after the match, bonding over his rugby roots.

"It's nice to see a rugby player using his skills in the NFL here," Klimkowski said.

While the 12th ranked Notre Dame Falcons fell to the 5th ranked United States Naval Academy rugby team 29-27, they didn’t leave their last game of the season empty handed. The players all got the experience of a lifetime getting to hangout and bond over the sport they love with The Scottish Hammer.

RELATED: The improbable rise of The Scottish Hammer