Jamie Gillan pinned the Jets inside the 20 five times last night, and he's just getting started 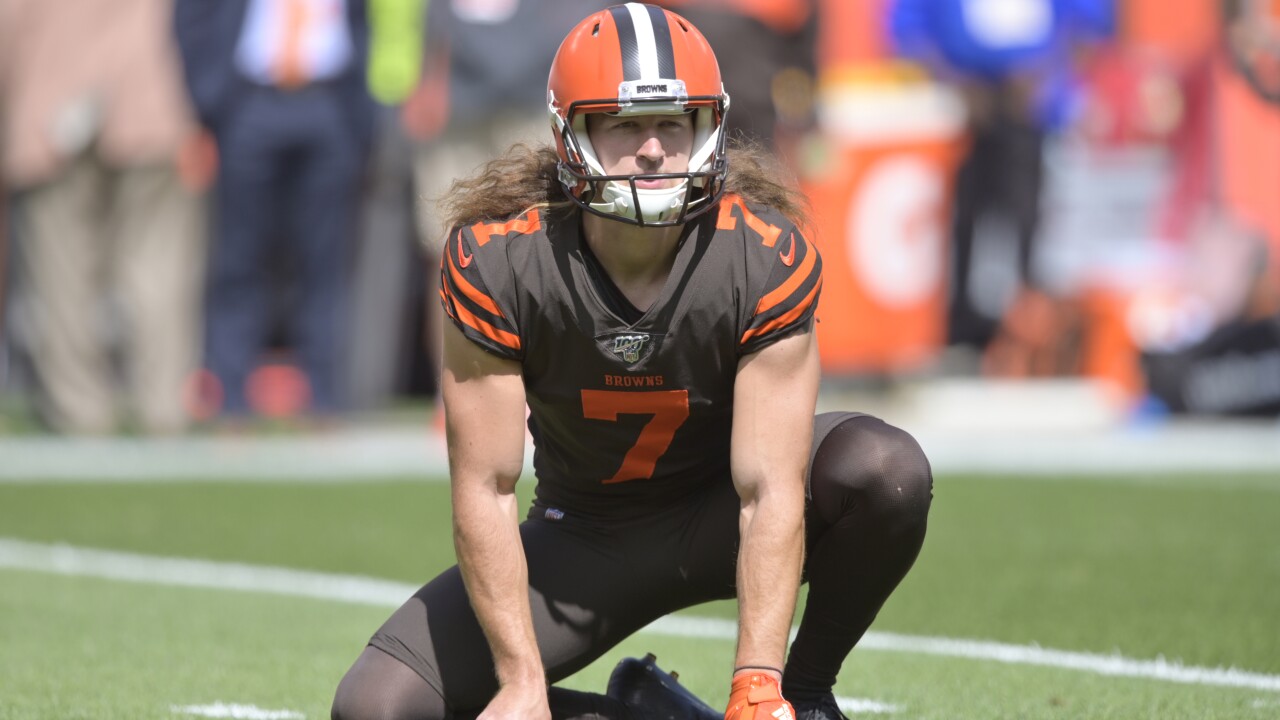 CLEVELAND — Browns rookie punter Jamie Gillan, affectionately known by fans as The Scottish Hammer, is making a name for himself in Cleveland. He is currently leading the NFL in punts inside the 20 and was just named AFC Special Teams Player of the Week, which makes it all the more difficult to believe he did not like football the first time he watched it.

“I didn’t follow football at all. I watched two teams play at Wembley [Stadium] when I was a kid, and I was so bored,” Gillan said.

Gillan's rise with the Browns has been anything but boring.

The kid from Inverness
Gillan wasn’t used to football's methodical pace because he grew up playing rugby. He played for Highland Rugby Club before attending and playing rugby for Merchiston Castle School in Edinburgh.

“I was used to playing rugby where you’re running around and passing the ball all the time and hitting people, but when I was playing football it’s like, ‘Oh, the quarterback’s got the ball, throws it, misses the pass, whistles are blown, stop another 20 seconds, and then you’re back to the play,’ so I was really bored,” Gillan said.

But Gillan wasn’t totally turned off by football.

“One of my favorite movies was ‘Remember the Titans’ as a kid, so when I came out to America I was like ‘Wow, I’m playing football now,’ so it was crazy,” he said.

The 22-year-old from Inverness, Scotland has since learned to like football and gotten pretty good at it. Gillan grabbed the Browns' attention at the University of Arkansas at Pine Bluff, a historically black college. A longshot to make the roster, he did just that, impressing the team with his booming kicks and tackling ability (thanks, rugby). In the Browns’ first regular-season game against the Titans, Gillan had five punts, averaging 46.6 yards. Then against the Jets on Monday night, with the offense sputtering, he helped the defense out big-time by putting five of his six punts inside the 20.

From Scotland to The Land
Gillan found out he made the Browns while at the bar, which, naturally, endeared him to Browns fans instantly.

“I like to go and enjoy myself in my off time, just go and explore, go to different pubs and bars and meet people and have a good time,” Gillan said.

His favorite bar, without question, is The Flying Monkey, where he learned he'd made the 53-man roster.

Gillan said he usually sticks to his European roots when out on the town, with Guinness being his drink of choice. While he might like the Irish beer, he also has a fondness for some local brews as well.

“Great Lakes [Brewery] has some really good beer. So does Fat Heads—the brewery there—their food is really good,” he said.

Gillan says he does more with his free time than just hitting the town. He also enjoys exploring the sights of Cleveland with his family and his dog, a German shepherd named Bear.

“I’ve gone down to the beach,” Gillan said. “I kind of just walk around there, because when my dad and mom come, they’ve got my dog, Bear, and we’ll just wake up, have a coffee, some breakfast and just walk around Cleveland and go sightseeing or whatever it is we feel like doing.”

Play hard, work hard
The rookie says he is still adjusting to playing in the NFL—and working hard at it.

Gillan said some people might be shocked that he is playing in the NFL, but he isn’t.

“I’m not too surprised, because when you work really hard for this and have gone through a lot of stuff with the college I went to to get here and also just kept the same work ethic through OTAs,” Gillan said.

He says he’s not done proving himself.

“Just because I’ve made a team doesn’t mean I’ve done anything yet. I’ve got to keep this mindset, stay focused, stay humble and keep kicking the best I can so when I do go out to punt I set up the defense for success,” he said.