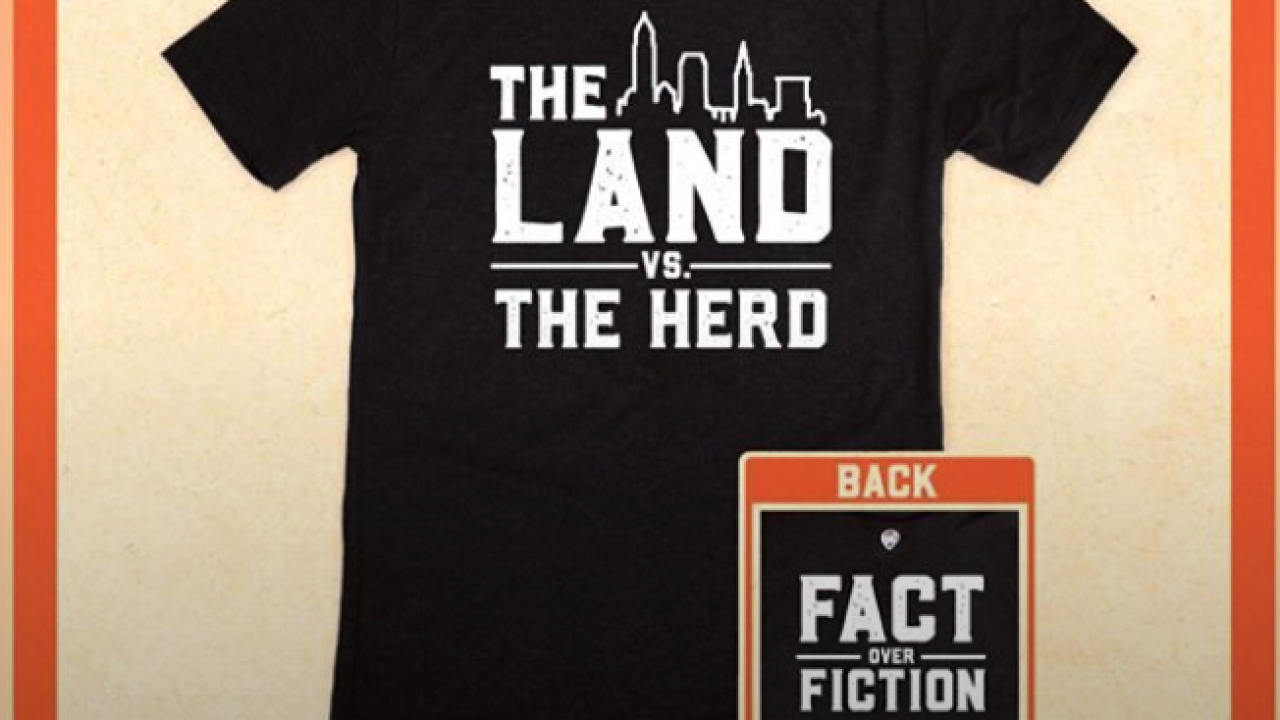 CLEVELAND — Browns’ quarterback Baker Mayfield has had his fair share of feuds with sports media personality Colin Cowherd, but Friday, Mayfield did the most Cleveland thing a person can do and put it on a T-shirt.

The second shirt is two-sided. The front of the shirt says “THE LAND vs. THE HERD” and the back says “ FACT OVER FICTION.”

Mayfield is selling the shirts for $30 on his website.

The release of the clothing comes a little over a week after Mayfield’s latest run-in with Cowherd on Twitter.

During this altercation, Mayfield referred to Cowherd, who created a list of top 10 “Odell Beckham Jr. Memorable Moments,” as a clown.

Once again, you’re a clown.... now I know you’re just trying to get me fired up. “Most memorable moments”... he’s 26 and his greatest moments are ahead of him. You forget the kids and people he inspires. That goes much further than football...

That wasn’t the first time Mayfield and Cowherd have exchanged words on Twitter.

In April, Cowherd called Mayfield a “baby” and a “kid” after calling the Browns a “bad organization that can’t win,” to which Mayfield responded with an invitation to Cleveland to fact check his statements.

The feud between Mayfield and Cowherd is bound to escalate as the season approaches, but Mayfield seems plenty prepared to back his team and his city, while also giving fans some new threads to add to their collections.