Beckham ‘ready to go’ for Browns’ opener against Titans 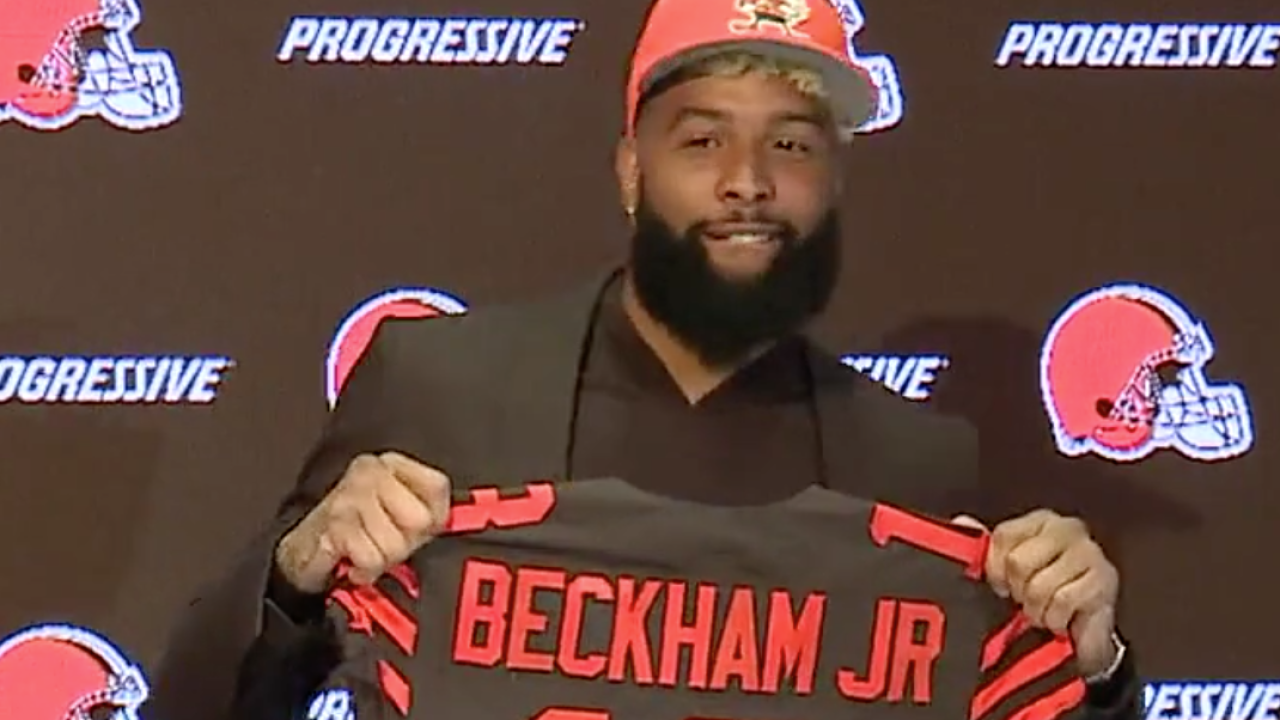 BEREA, Ohio — Odell Beckham Jr. didn’t play in the preseason as the Browns were extra careful with their prized new superstar.

But the three-time Pro Bowler, famous for one-handed catches, fashion risks and theatrics, practiced and showed his teammates why he’s one of the NFL’s highest-paid wide receivers.

Beckham was deemed “ready to go” for Cleveland’s home opener against Tennessee on Sunday by coach Freddie Kitchens, who is anxious to see an offense featuring the high-profile receiver, quarterback Baker Mayfield, receiver Jarvis Landry and running back Nick Chubb — a group that looks potent on paper and in practice live up to expectations and enormous hype.

“Very eager,” said Kitchens, who will make his regular-season coaching debut. “It is nice Monday that we had everybody at practice. In a lot of ways, it looked like a totally different team. We still have to take it to the game on Sunday.”

The 26-year-old Beckham was sidelined during the exhibition season by what the team said is a “minor” hip injury. Beckham insisted he would have played with the injury during the regular season, but the Browns, who acquired him from the New York Giants in a March trade that could alter the AFC North and NFC East, didn’t want to take any unnecessary risks.

Mayfield didn’t get to throw a pass to Beckham during the exhibition season. However, the pair did work out together in California before training camp and on the side during practice to create chemistry.

The second-year QB disputes the notion that their lack of playing time together is detrimental.

“I didn’t take a snap with Jarvis all last year during the preseason, so yeah, it’s probably pretty overblown,” Mayfield said.

Beckham’s speed, catching radius, route-running and aura are noticeable to anyone who has watched No. 13 in person. The talent is irrefutable.

Randall agreed that Beckham is elite, and said he does things on the field that may go unnoticed by the untrained eye.

“His run after catch is like really the most impressive stuff I’ve seen about him,” Randall said. “How quick he is, how elusive he is. I think he’s faster than what a lot of people give him credit for.”

The Browns are expecting big things from Beckham, who will likely speak to the media Thursday.

His hasty exit in New York was followed by some back-and-forth banter in the media with New York’s front office and some former teammates, drama the Browns hope he’s left behind.

Mayfield doesn’t sense that Beckham, who signed a five-year, $95 contract extension before last season, feels he has anything to prove or needs to quiet his detractors.

“He’s excited to get back to football. He’s feeling healthy, he’s ready to go,” said Mayfield, who broke the NFL’s rookie record for TD passes last season. “I’d say just talking to him, and knowing who he is, he’s very excited to get back on the field with a fresh start. I wouldn’t say that it has anything to do with the outside. He’s ready to do it for himself.”

Titans coach Mike Vrabel is very familiar with Beckham’s talent, and what his addition means to the Browns.

“He has really good instincts, really good spatial awareness. Great body control, great hands, good after the catch and has speed,” Vrabel said. “Every week in this league is a difficult challenge, and this will be another one for us to be able to cover their skill players — Landry, (TE David) Njoku; Chubb is a very good runner; (WR Rashard) Higgins has had success, has caught balls and is somebody that Baker is comfortable with.

“It is always something and this week we are zeroing in on those guys.”

NOTES: The Browns will be browner than ever. The NFL approved the team’s request to make their “color rush” uniforms their primary look this season. Cleveland will wear the brown jerseys with brown pants in six games, starting with Sunday’s opener. Cleveland went 3-0 in the unis last season. ... Cleveland’s injury report was sparse with DL Devaroe Lawrence (shoulder) and rookie LB Sione Takitaki the only players listed.