Browns DT Ogunjobi back from suspension to face Steelers 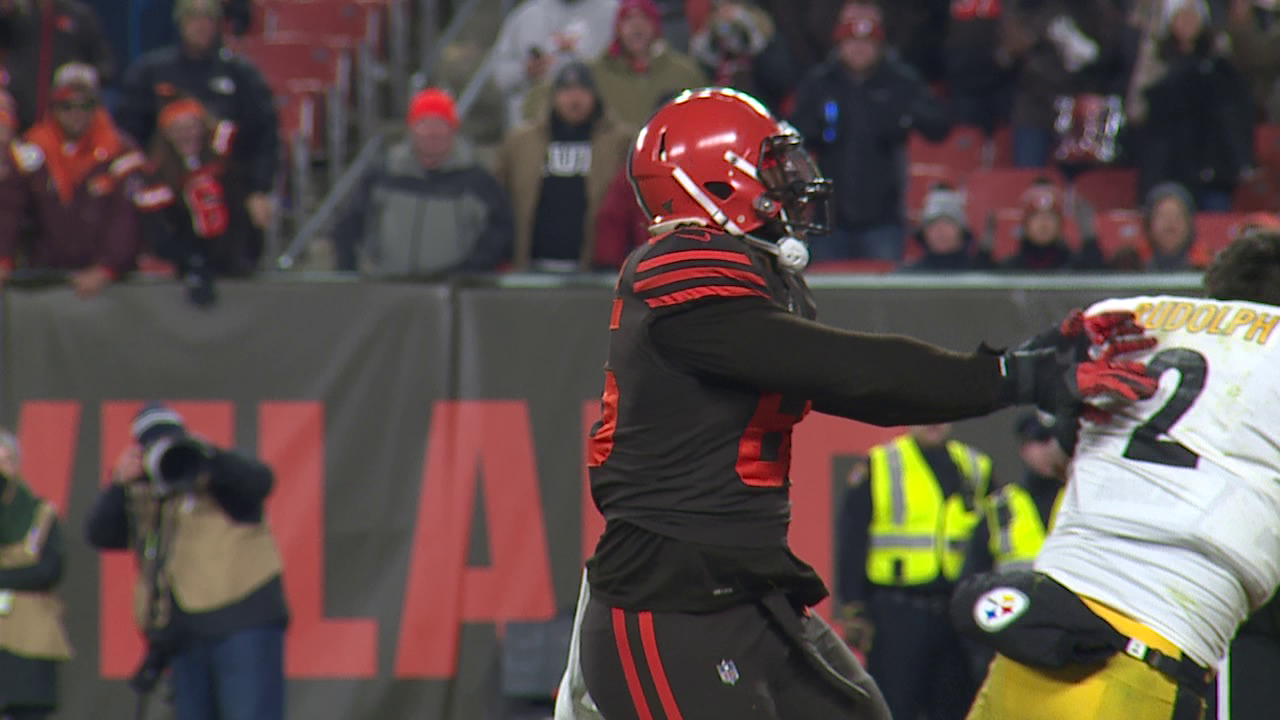 Dave Colabine
Larry Ogunjobi takes a stunned Rudolph to the ground after he was struck in the head by Garrett.

Ogunjobi was reinstated to Cleveland’s roster Tuesday after serving a one-game suspension for his involvement in the recent benches-clearing brawl with the Steelers. He was disciplined by the NFL for pushing a helmet-less Rudolph to the ground during the Nov. 14 melee between the AFC North rivals, who meet again Sunday at Heinz Field.

Ogunjobi was one of 33 players fined for the ugly scene between the teams, a skirmish triggered by Browns defensive end Myles Garrett pulling off Rudolph’s helmet and hitting him over the head with it.

His return coincides with Steelers coach Mike Tomlin announcing that rookie quarterback Devlin “Duck” Hodges will start Sunday in place of Rudolph, who was benched in Sunday’s win over Cincinnati.

Garrett was indefinitely suspended and Rudolph fined $50,000 for his actions last week. Steelers center Maurkice Pouncey is serving a two-game suspension for kicking and punching Garrett.

Garrett told league officials at his appeals hearing that Rudolph used a racial slur. Rudolph, who tried to rip off Garrett’s helmet, has denied the accusation and the league said it investigated the claim and “found no evidence.”

Garrett’s suspension covers the final six regular-season games and playoffs. He’s also going to lose $1.14 million in game checks and must meet with Commissioner Roger Goodell’s office before his reinstatement is considered.

“It’s a time,” he said of his suspension. “You know, you have ups and downs in your life and right now I’m giving back to people. I’m having time to spend with my family and my friends and so I’m just making the most out of that.”

Garrett is not permitted to be at the Browns’ facility during his suspension. At the event, he dished out meals alongside quarterback Baker Mayfield.

In a surprise move, the Browns released defensive tackle Devaroe Lawrence. He made two starts and appeared in all 11 games.