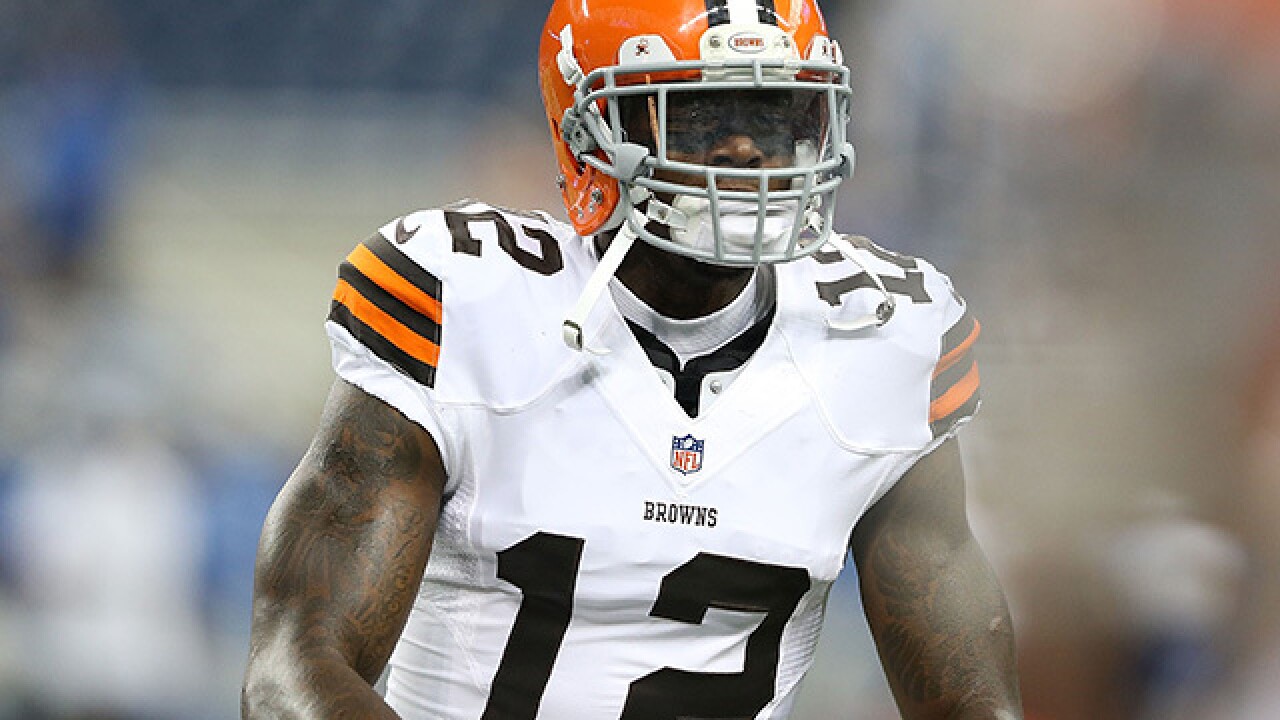 Image copyright 2018 Getty Images. All rights reserved. This material may not be published, broadcast, rewritten, or redistributed.
<p>DETROIT, MI - AUGUST 09: Josh Gordon #12 of the Cleveland Browns warms up prior to the start of the preseason game against the Detroit Lions at Ford Field on August 9, 2014 in Detroit, Michigan. The Lions defeated the Browns 13-12 in a preseason game.</p>

The NFL has cleared Josh Gordon’s route to the field.

Gordon, whose career has been derailed by drug and alcohol addictions, “can return to all activities, including games,” league spokesman Brian McCarthy said Saturday.

Gordon is not expected to participate in any drills for a few days, but could be practicing early next week. Coach Hue Jackson hopes the 27-year-old receiver can play in this week’s exhibition finale against Detroit and possibly be ready to face Pittsburgh in the Sept. 9 opener.

Gordon, however, has been dealing with a tight hamstring that he tweaked during conditioning while he was away, the team said.

"He'll be back out there sooner than later, that's for sure." - Hue Jackson

The Browns said Gordon will speak to the media Monday.

The former Pro Bowler took part in the team’s pre-practice walk-through on the field Saturday after the Browns removed Gordon from the active/non-football injury list. Gordon had been limited to watching from the sideline and working with team trainers since returning on Aug. 24 from a three-week, self-imposed absence.

Gordon left the team before training camp opened to receive treatment as part of his recovery. He has missed most of the past four seasons because of violations of the NFL’s substance abuse program.

Jackson said Friday that Gordon has entered “phase 2” of the plan to have him rejoin team activities. The coach wants to make sure he is physically and mentally fit to handle his job after playing in just 10 games since 2013.

“He just brings that energy back,” Kirksey said. “I was excited to see him. We all know what Josh can do and I’m just ready for when he gets back to the next step or whatever he’s got to do — and just get in that equipment.

“I want to see him excel. He’s a talented young man. He has God-given ability and we’re fully behind him. I know the things he’s capable of doing and I’m just excited to see him get the opportunity to go showcase his talent and the proper steps he needs to take to be fully ready.”