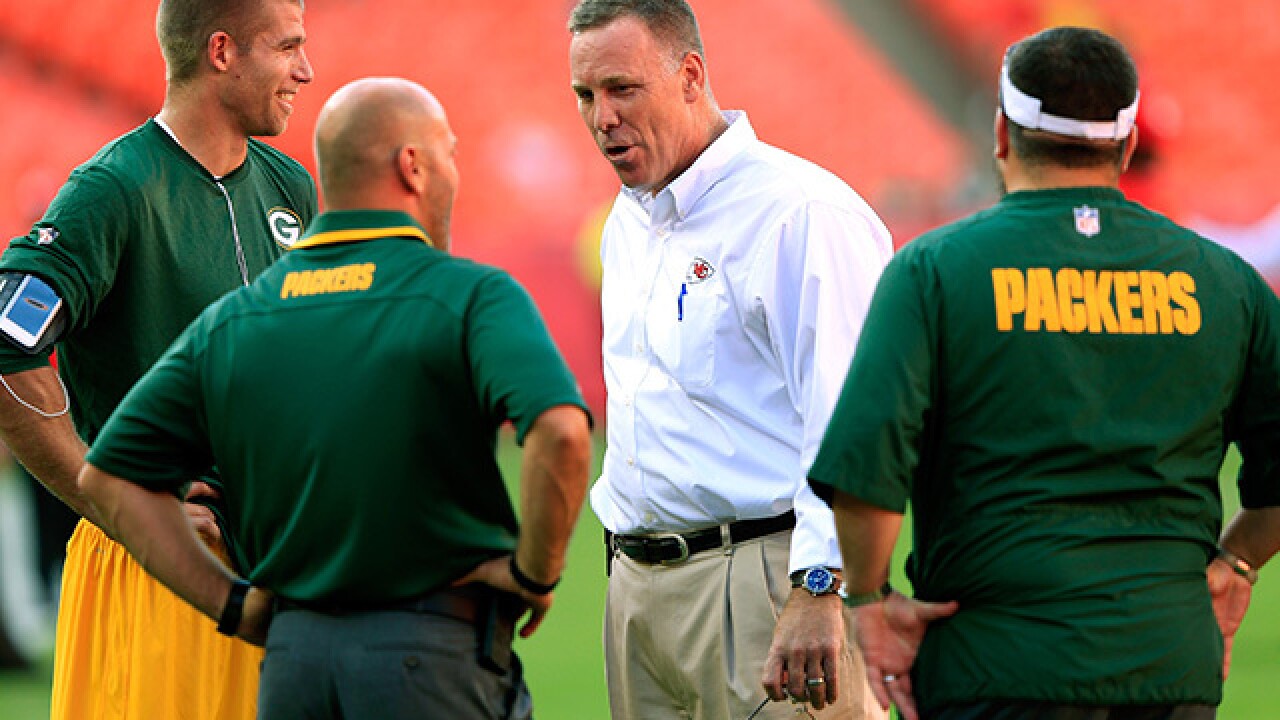 This comes after Vice President Sashi Brown was fired earlier the same day.

Talk about a quick turnaround. Brown's firing was not unexpected as the team heads into it's 13th game on Sunday with no wins.

Credited with helping turn the Chiefs around, Dorsey’s new task is to fix the Browns, who have gone 1-27 the past two seasons and fired vice president of football operations Sashi Brown on Thursday. Dorsey was let go by Kansas City in June, ending a successful four-year run.

Browns owners Dee and Jimmy Haslam said they are thrilled to have Dorsey taking over and leading their franchise.

Along with firing Brown, the Haslams said coach Hue Jackson will return in 2018 despite winning just one game in two seasons.

“We are thrilled to have John Dorsey lead our football operations,” said Dee and Jimmy Haslam. “John has been immersed in the NFL for 26 years, won two Super Bowls, built sustainable winning football teams and is highly respected for his football acumen.  We know we have a critical and very positive opportunity ahead of us to profoundly impact the foundation of this football team.  Bringing in someone of John Dorsey’s caliber, his track record of success and his experience, significantly strengthens our opportunities to build a winning football team and that has been, and continues to be, what we want for our fans.”

“Football is what I know, it is what I love, it is what I have worked my whole career at and I thrive on every element that goes into building a winning football team,” said Dorsey. “I have spent a majority of my football life with two franchises that also have storied history and I think I have a feel for the mentality of the fans in Cleveland and what it would mean to recreate the success this franchise once had. I also have quickly realized how passionate Jimmy and Dee are about bringing a winning team to the city and would have not taken the job if I didn’t think the right ownership was in place. I am eager to work with Hue, his staff, and our personnel department and help bring us the success these fans so deserve.”