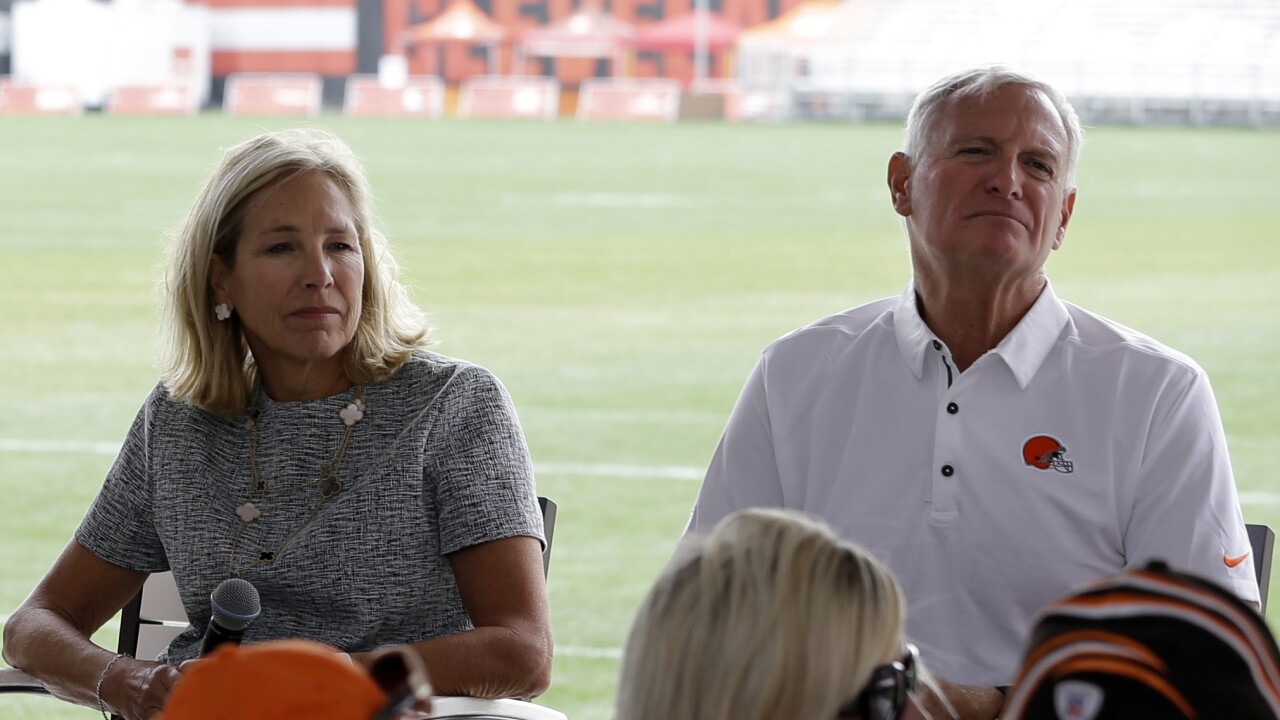 CLEVELAND — Jimmy and Dee Haslam purchased the Cleveland Browns in 2012. After five coaching changes and zero winning seasons, both are confident this is finally their year.

“I think the expectation is to win,” Dee Haslam said. “I think that is everybody’s expectation. We feel like we’re off to a great start. We can’t help but be excited for the fans. It’s a big deal for Cleveland. It’s tremendous.”

Though the Browns haven’t made the playoffs in 17 years and have a 26-78-1 record under the Haslams’ ownership, they welcome the sky-high expectations being fueled by quarterback Baker Mayfield and Pro Bowl wide receiver Odell Beckham Jr.

“You would much rather be in this position,” Jimmy Haslam said. “We’ve learned a lot as we’ve gone along. It has been painful, but I think we have really good people in our organization that we feel really comfortable with.

“The most important lesson was to get the right people in the right place — and to get a quarterback.”

Mayfield set an NFL rookie record with 27 touchdown passes last season, leading Cleveland to its best record since 2007 at 7-8-1. At the time, Dorsey making him the No. 1 overall selection out of Oklahoma was viewed as a gamble, but is already paying off.

“We not only have a really good quarterback, he is also a really good leader who loves football,” Jimmy Haslam said. “We were fortunate to have the first pick, and John and his team made a great pick in Baker. Obviously, he is going to be a part of our franchise for a long time to come.”

Running back Kareem Hunt, who was cut by the Chiefs, has a much murkier future with the Browns. The Northeast Ohio native has been suspended for eight games by the NFL, but negotiations with the league to keep him around the team are ongoing.

Hunt was involved in a recent fight outside a downtown Cleveland bar, prompting further fan criticism of his signing.

“I think you have to take the situation very, very, very seriously,” Dee Haslam said. “We know that Kareem has work to do and he is in counseling, working really hard. It’s up to him. It is truly up to him. He needs to work really hard to be part of our organization.”

The Browns’ business pursuits were addressed, as well, including their desire to extend the lease on their suburban Cleveland practice facility to 2039. Dee Haslam added that the long-term plan to develop property around FirstEnergy Stadium is moving slowly.

The team also is redesigning its much maligned uniforms, which will be replaced next season. When a reporter asked if the Browns’ unique, logo-less helmets would be changed at the same time, Dee Haslam answered emphatically.

“No. No. Never. Absolutely never,” she said. “We talk all the time that Cleveland has a certain way about it and we want our organization to reflect that.”

Ultimately, none of the extraneous issues are as important as winning games. Jimmy Haslam declined to make a specific prediction for this season, but his confident tone said it all.

“John and Freddie have done a good job expressing our expectations,” he said. “It looks like we put together a good team. We also feel really good about the people we have in place.

“But you have to remember we only won seven games last year. Enough talk. We have to go out and win games now."