Browns plan would allow fans to self-select into ‘pods’ of up to 10; season ticket holders get priority 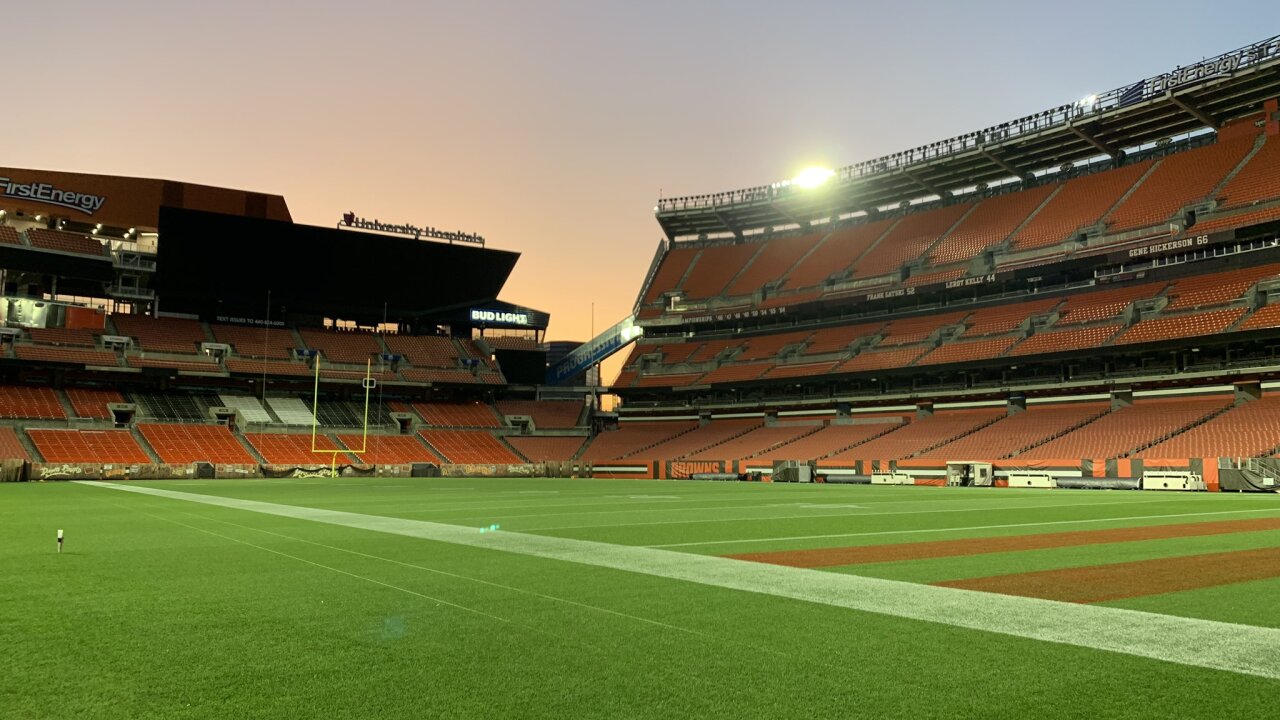 CLEVELAND — The Browns detailed their plan to allow fans into FirstEnergy Stadium this season in a letter to season ticket holders, giving those fans the priority in acquiring tickets for “pods of known fans” — self-selected groups of one to 10 people who will sit together, in addition to a number of other safety protocols, including face coverings and pre-game health screenings.

However, it is still unknown whether the Browns will be able to host fans at games, as the current plan has been submitted and is still subject to approval by the City of Cleveland and the State of Ohio’s respective health departments, according to a news release from ClevelandBrowns.com.

The Responsible Restart plan for FirstEnergy is guided by seven principles:

The stadium will implement a quadrant system that separates fans into specific zones with a dedicated entry gate based on their seating location, the release states.

Fans must agree to a “Fan Health Promise,” including a pre-game self-screening and self-temperature check, which will also be required for all Browns staff members and vendors at the stadium.

Not included in the plan was a final determination on the actual number of fans that would be allowed at FirstEnergy, but comments from owner Jimmy Haslam last week indicate they are hoping to fill the stadium to approximately 20% capacity, or about 13,000 fans. While that would be well over the limit for spectators at sporting events set by an Ohio Department of Health Order issues last week, that order did allow for exceptions, provided the team's plan is approved.

One of Ohio Governor Mike DeWine's concerns about professional sporting events — the inevitable congregation of fans before and after the games — was at least partially answered this week when the City of Cleveland announced that tailgating would not be allowed at the Cleveland Municipal Parking Lot before games until at least Sept. 30.

RELATED: Cleveland bans tailgating events before Browns games until at least Sept. 30 in response to COVID-19

Season ticket holders who have not already opted out of the 2020 season will soon receive information on how to acquire tickets. Provided the city and state health departments sign off on the Browns’ plan, eligible season ticket members will have access to tickets on a rolling basis in “waves” based on tenure and Private Seat License status, team representatives said. They will be assigned a designated window during which tickets can be purchased on a first-come, first-serve basis.

The Browns’ home opener against the Bengals is scheduled for Sept. 17.

“The ‘FirstEnergy Stadium Responsible Restart Plan’ is the result of a tremendous amount of time and resources that our entire team has spent over the past four months to develop a comprehensive stadium plan that prioritizes health and safety while allowing a reduced capacity of fans to return to our stadium for Browns games this fall,” said. “Our plan is founded upon the guidance and recommendations of city and state officials, the CDC, local and state health departments, University Hospitals’ medical experts, industry-leading venue consultants and the NFL, with the goal of creating as safe an environment as possible for our players, coaches, staff and fans. We are confident in this plan and our ability to execute these best practices and protocols at FirstEnergy Stadium while remaining flexible and making adjustments as necessary to respond to the ever-evolving circumstances surrounding COVID-19.

“Moving forward is reliant on government approvals, and we understand and respect that process. If we can secure the necessary approvals, we look forward to hosting a limited amount of fans at Browns games this year so that those who want to attend can experience the 2020 season. As is the case every year, the health and safety of everyone in our building is paramount, and we are prepared to execute our plan with that priority in mind.

“Given we are less than a month away from our first home game, we felt it was important for us to share these stadium operations elements with our fans now so they are informed and ready to adhere to all of the new policies and processes in place on gamedays, if we are ultimately approved to host fans.”

View an infographic with a summary of the Browns' plan here, and find additional "Know Before you Go" resources for fans here.