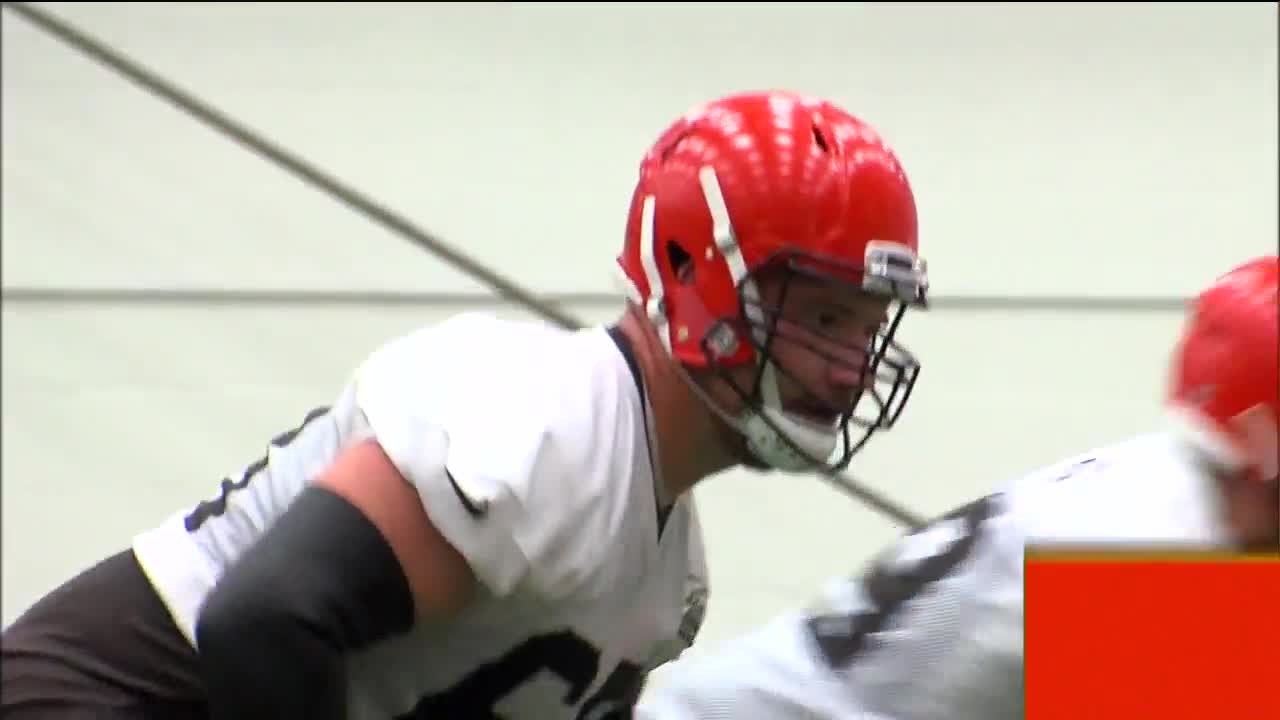 BEREA, Ohio — NCAA football players possess a 1.6 percent chance of making it to the NFL. The odds of a player signing with their hometown team is significantly less. But for Lakewood native Kyle Kalis, the cards appear to be falling in his favor.

“Every day I wake up, I still kind of pinch myself. It is a little bit surreal,” Kalis said.

After going undrafted in 2017 out of Michigan, Kalis spent time with the Washington Redskins and the Indianapolis Colts before signing with Cleveland in 2018.

“For one, all my family who lives here are huge Browns fans. Almost all of them are season ticket holders,” he said.

The opportunity play for the Browns allows Kalis to be near his former St Edward’s coach, Rick Finotti, as well as his father, Todd Kalis, who played in the NFL for eight seasons.

“I talk to coach Finotti a lot, along with my dad...so it’s pretty cool having them around,” the 2012 St. Edward graduate said.

When he is at the Browns facility in Berea, he also feels close to his late stepfather, Bruce Schwarz, who passed away in 2017.

“He was a massive Browns fan,” Kalis said. "He is a huge reminder of me here every day, to make every day count.”

Kalis’ drive has put him in contention for the Browns starting job at right guard, as he’ll battle Austin Corbett in training camp. The spot became vacant after the Browns traded away last year’s starting right guard, Kevin Zeitler.

“That is why you work your butt off every day for opportunities like this. Because honestly, they don’t come around that often,” Kalis said.

Even Kalis' teammates have taken notice of his focus and work ethic.

“He has come in and he has put his head down. He is a weight room guy. He has good footwork. He does the right things. He asks the right questions and he is showing some serious growth this off-season,” said Browns veteran offensive lineman Joel Bitonio.

Kalis has already beaten the odds by merely being in Cleveland, but now he wants to hit the jackpot by ensuring that he stays here.

“I feel like I am in a pretty good position here. I’m lucky to be here,” Kalis said. “I just want to keep it."