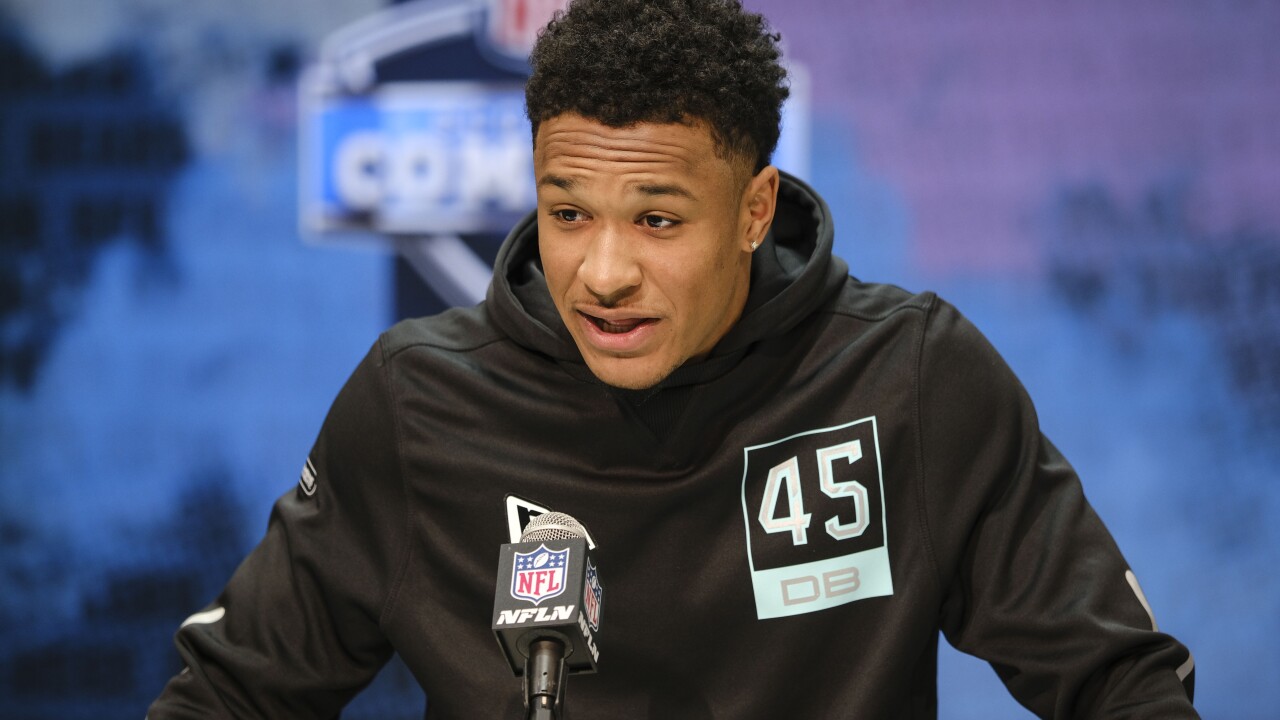 BEREA, Ohio — The Cleveland Browns, who held the 41st pick, traded down to the 44th pick and selected Grant Delpit adding depth to the safety room in the second round of the 2020 NFL Draft.

The Browns traded picks with the Indianapolis Colts, who sent their fifth round, 160th overall pick to Cleveland in the trade. The Browns previously sent their fifth and sixth-round pick to the Buffalo Bills in a trade for guard Wyatt Teller.

The 6-foot, 3-inch, 203 pound safety out of LSU was dubbed one of the top defensive backs in LSU history, winning the 2019 Thorpe Award as the nation’s top defensive back. Delpit recorded 199 tackles, 17.5 tackles for loss, 7 sacks and 8 interceptions in his time at LSU.

One concern surrounding Delpit were his tackle inconsistencies, but many of the issues came while the safety was playing through a high ankle sprain.

Joining newly signed safeties Karl Joseph and Andrew Sendejo, Delpit will provide the Browns the ability to run a "big nickel" defense, utilizing three safeties on the field with the third playing as a linebacker hybrid.

"We really viewed him as a big versatile playmaker. He has been a really kind of an impact player for LSU over the past two seasons. Our appeal to Grant is the fact of his coverage abilities. He is a guy who can play the post. He can play you at the line of scrimmage," said Browns general manager Andrew Berry. "He can cover tight ends and walk over a slot and hold his own against receivers. He has been a consistent ball producer throughout his career at LSU.

Delpit said he's excited to get to work and be a part of the Cleveland Browns organization, joining his former teammate Greedy Williams and LSU alumni Odell Beckham Jr. and Jarvis Landry.

“It is a great feeling to be a Cleveland Brown. Excited to be a Dawg and join my LSU brothers there already. Excited to win some games and make some plays," Delpit said. “We go back all the way back to practice 2017. I miss my dude [Greedy Williams]. It is going to be great to play with him again. It is going to great to have one of the best secondaries in the NFL also. I am looking forward to it.”

The Browns have two more picks in Friday's portion of the draft with the 74th and 97th overall picks in the third round.