Browns vs. Colts: 5 things to know heading into preseason Week 2 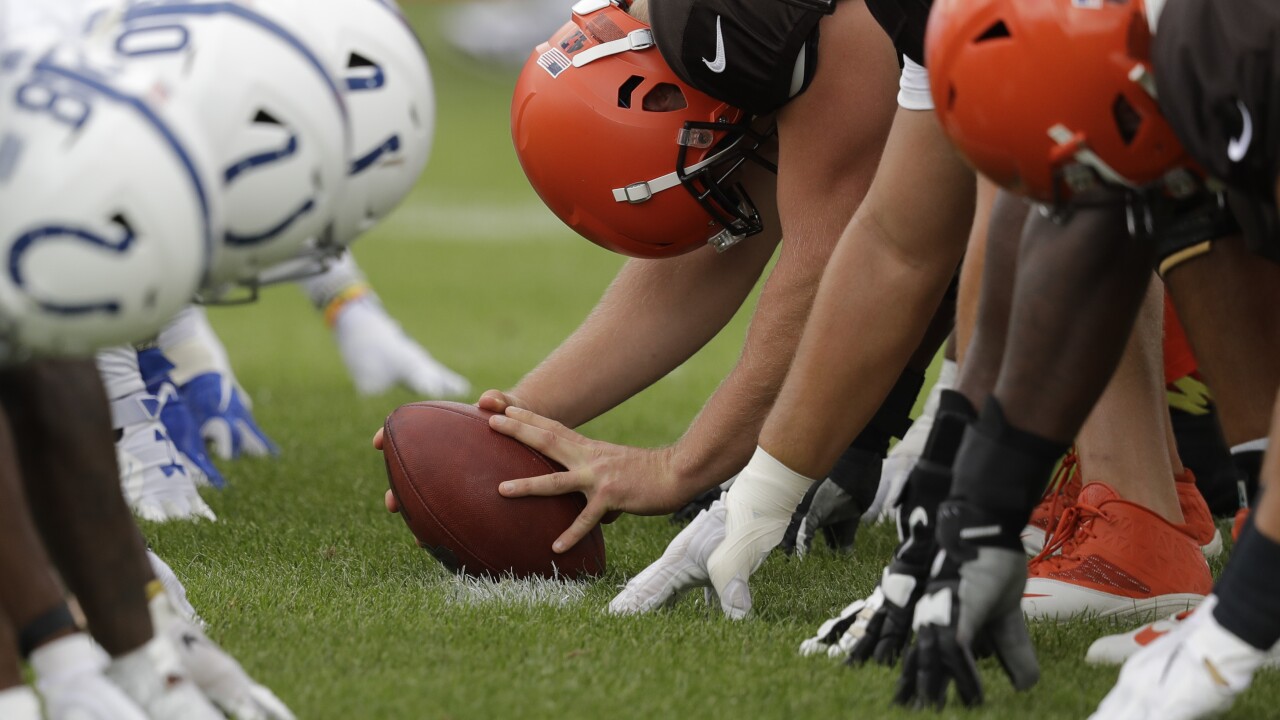 INDIANAPOLIS — The Cleveland Browns are on the road and taking on the Indianapolis Colts at Lucas Oil Stadium Saturday for their second preseason game.

Prefaced by a physical two days of joint practice with the Colts, this preseason game should be one to watch.

Here are five things to know going into the game:

The star wide receiver was limited at practice and sat out drills, but the team isn’t the least concerned.

QB Baker Mayfield said Beckham, despite being out for drills, is still working hard to be ready to perform to his fullest with the Browns.

“Obviously, he is going to be ready to go when it is time to play. Him sitting out and doing some of the things mentally is him getting used to the offense, seeing things and hearing us communicate it and so when he comes out there, he can be full speed and know exactly what to do,” Mayfield said.

Head coach Freddie Kitchens said that he believes Beckham will be ready to go soon.

When asked if Beckham would play Saturday, Kitchens said, “Should I evaluate that question or just answer it for you? We have not decided yet. He probably could play, though.”

While Beckham will likely be healthy enough to play, that doesn’t mean he will, so don’t be disappointed if he doesn’t take the field Saturday.

2. Kareem Hunt is back on the field

While Hunt is not eligible to play through the first eight games of the season while he serves a suspension for violating the NFL Personal Conduct Policy in connection with two physical altercations he had in Cleveland while playing for the Chiefs, he is able to participate in the Browns’ preseason games.

Hunt did not play in the Browns’ first preseason game against the Redskins, and missed the start of training camp, due to a groin injury he sustained while working out.

On Wednesday, Hunt was able to practice with the team and said he felt good despite the fact he was still shaking some rust off.

“I feel good. It is a lot of natural ability, and I am still getting a feel. I would not say I am at my peak, but I am working my way back,” Hunt said.

Granted that he’s feeling up to it, Hunt should have a decent amount of touches in the preseason game against the Colts, especially after RB Dontrell Hilliard suffered an injury to his left thigh Wednesday.

Kitchens has said before that he wants his team to play tough, physical football and that wasn’t lost on the players in their two joint practices with the Colts this week.

As it usually happens in joint practices, a few fights broke out between the two teams. While Kitchens isn’t particularly a fan of the scuffles, he doesn’t want his team to just sit back and take any heat their opposition throws at them.

After two days of heated practices, the Browns and the Colts are probably looking forward to taking some frustrations out on the field in Saturday’s game.

The following players have sustained injuries and are unlikely to play in Saturday’s game:

In Week 1 of the preseason, the Browns rookies dazzled in their debut game with the team, but one of the most impressive outings came from rookie LB Mack Wilson.

Wilson recorded two interceptions during the game against the Redskins, one of them a 39-yard touchdown return off a pass by Dwayne Haskins, stiff-arming the rookie QB as he crossed the goal line.

WR Damon Sheehy-Guiseppi and CB Greedy Williams also impressed in the first preseason game. Sheehy stunned everyone with a 86-yard punt return for a touchdown while Greedy garnered attention with an interception on Haskins, so all eyes will be on them to see if they can keep their momentum going as they attempt to earn a spot in the starting lineup.

RELATED: How to watch the preseason Browns game against the Indianapolis Colts