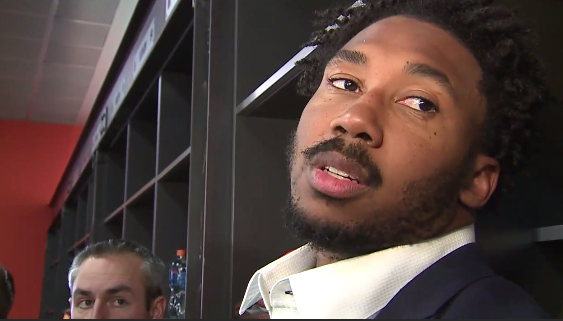 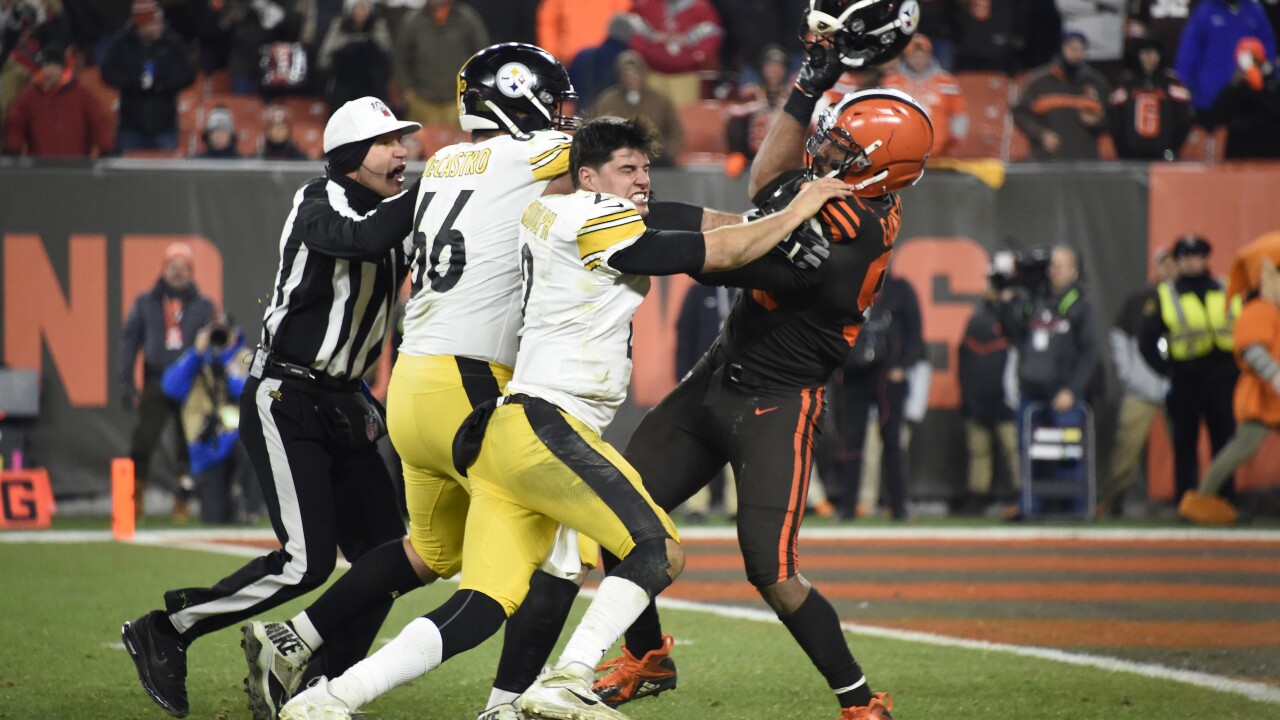 CLEVELAND — Cleveland Browns defensive end Myles Garrett has been suspended indefinitely without pay following a brawl in the final seconds of Thursday night’s win against the Steelers, a violent episode in which he ripped off the helmet of Steelers quarterback Mason Rudolph and hit him with it.

NFL official Michael Signora said Garrett will be out for at least the rest of the season and must meet with the commissioner's office before a decision is made on his reinstatement.

Garrett released a statement on Friday, calling the altercation a "terrible mistake" and that he lost his cool when everything went down. Garrett apologized to Rudolph, the Browns, the fans and the NFL. You can read his full statement below:

Browns defensive tackle Larry Ogunjobi was suspended without pay for one game and fined for unnecessary roughness.

Pittsburgh's Maurkice Pouncey was suspended without pay for three games and fined an additional amount for fighting, including punching and kicking Garrett.

Immediately after the suspension, Browns owners Dee and Jimmy Haslam released this statement:

“We are extremely disappointed in what transpired last evening at the end of our game. There is no place for that in football and that is not reflective of the core values we strive for as an organization. We sincerely apologize to Mason Rudolph and the Pittsburgh Steelers. Myles Garrett has been a good teammate and member of our organization and community for the last three years but his actions last night were completely unacceptable. We understand the consequences from the league for his actions.”

Players from both sides stormed the field after Garrett wrestled Rudolph to the ground. Garrett, Pouncey and Browns defensive tackle Larry Ogunjobi were ejected.

RELATED: Report: Rudolph's agent not ruling out legal options after brawl between Browns and Steelers

In a post-game interview, Garrett called his actions "out of character."

“Absolutely. What I did was foolish, and I shouldn’t have allowed myself to slip like that,” Garrett said. “It’s out of character, but in a situation like that where it’s an emotional game, like Larry (Ogunjobi) said, I allowed myself to fall into my emotions with the last play and what happened.”

"That is not who Myles wants to be," the coach said. "That is not who we are going to be. You have to be able to maintain your composure in times like that and under no circumstances do we want anything to do with anything like that. I am embarrassed. Myles is embarrassed. It is not good. He understands what he did, he understands it is totally unacceptable, and we have to get through it.”

The defining trait of this Browns team all season has been its lack of discipline. The team has the most penalty yards in the NFL

Myles Garrett's hit on Mason Rudolph was brutal, whether you see it frame-by-frame or in slow-motion