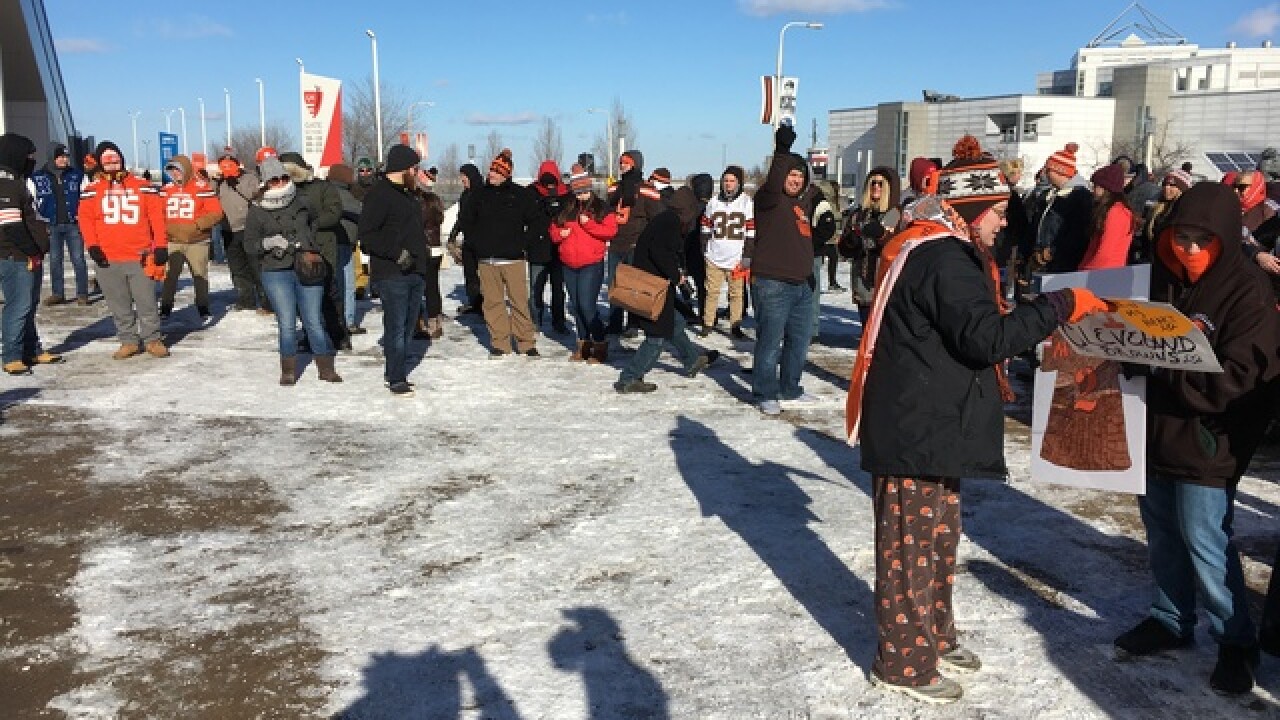 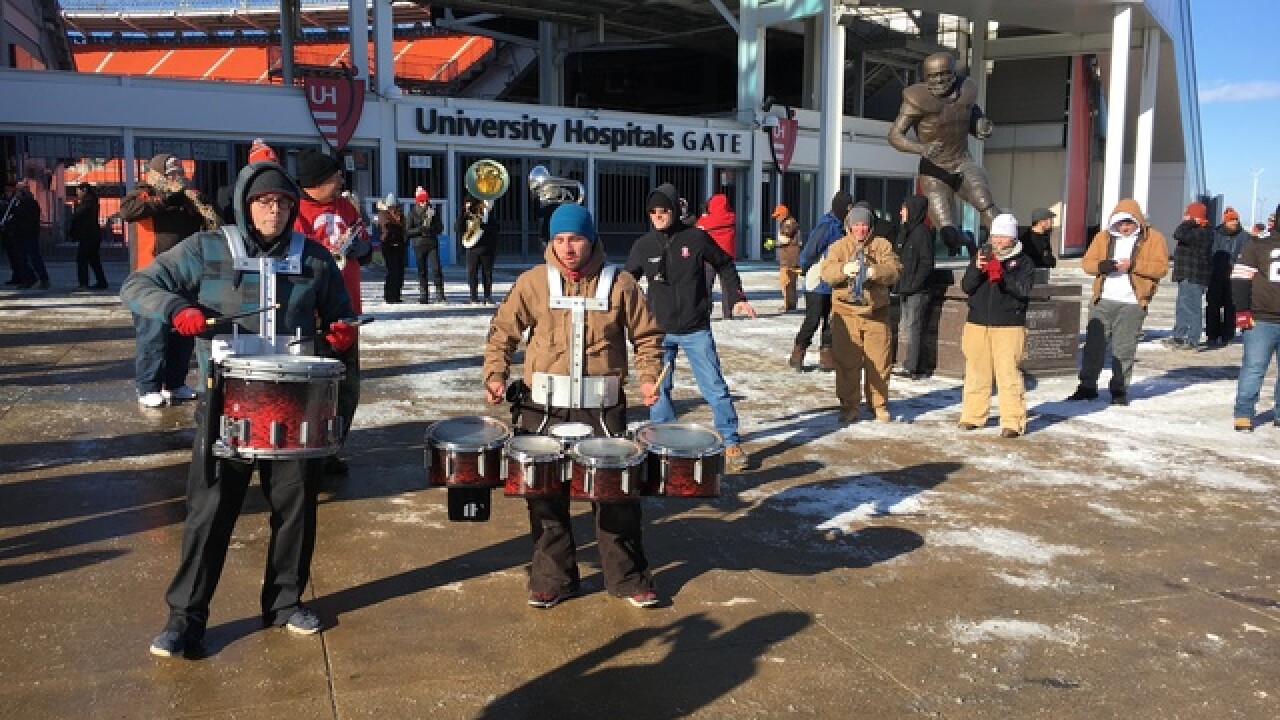 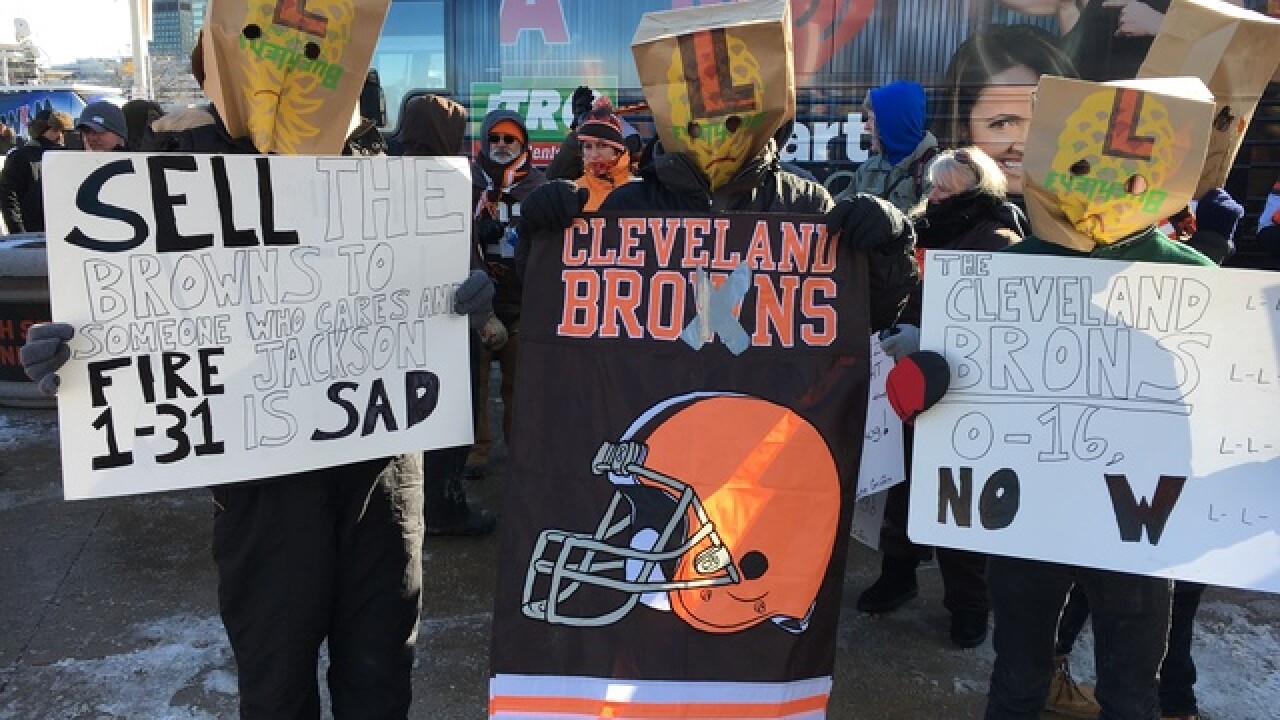 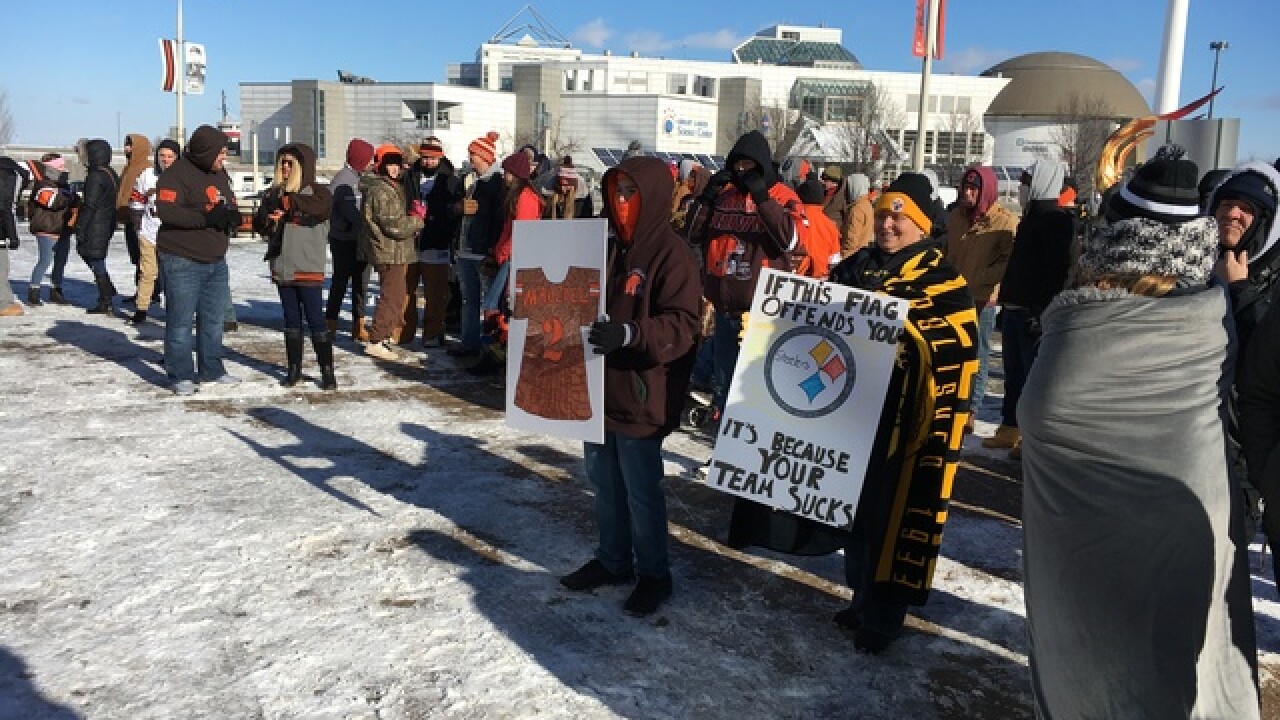 Between 2,500 and 3,200 fans turned out Saturday afternoon for a 0-16 parade that protested the Browns winless season, according to an estimate from Cleveland police.

Some fans even said they came from out of state to show that they still support the team, but expect more from the management.

The turnout was less than the 6,000 who said they planned to attend on the official Facebook event page.

That could be due, in part, to the -7 degree wind chill the crowd experienced as they marched around First Energy Stadium, one man even sporting a Speedo.

Zac Huber was one of the out of towners who came out Saturday. From Cleveland, he now lives in Washington D.C. but flew back last night to be a part of the festivities.

"It's hard watching the Browns from afar. It was a really tough season and I wanted to come back and at least experience some joy this season with my fellow Browns fans," Huber said.

Huber explained that the while some people look at the parade as people making fun of the team, the fans taking part in it were there to show their support to the players.

"What we really think the problem is, is Jimmy Haslam. We deserve better," Huber said.

RELATED: Browns 0-16 parade shows a city fed up with losing

The Browns won only one game in the past two years. Last year the team defeated the San Diego Chargers to avoid a winless season.

Management from the Browns released the following statement regarding the parade:

“We greatly appreciate the passion of all our fans and we apologize to them for not making 2017 an enjoyable season. We certainly hear them and understand their frustration. Obviously, we want the same thing as our fans; winning results. We are committed to doing everything we can to improve and build them the type of team they most certainly deserve.”

Cleveland resident John Rivera said that having a parade is an embarrassment to the city. Rivera is among the Clevelander's who attended the event but feel that the parade was a waste of time.

"I don't think it's going to get Haslam's attention," Rivera said.

Rivera hopes the team turns it around next season. "I believe in the Cleveland Browns," he said.

The Browns have not said if they will match the donation this year.