Disconnect: Mayfield to OBJ still not clicking for Browns 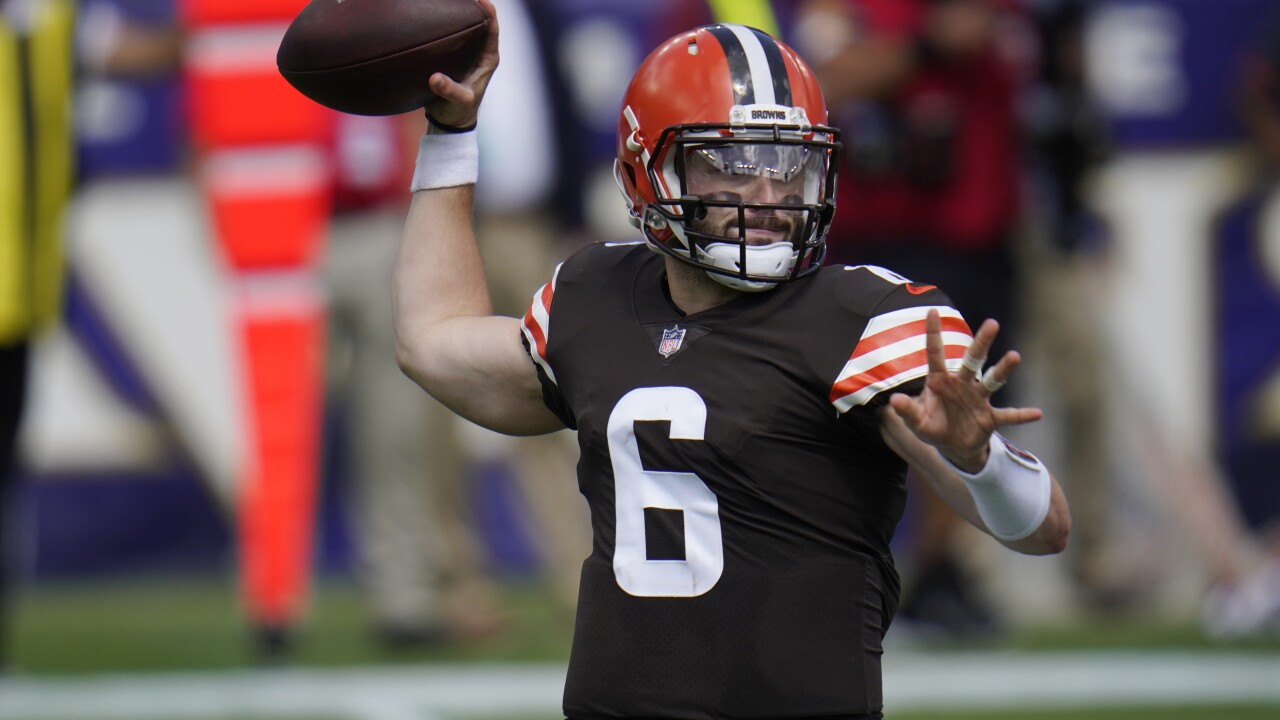 Sure, it was only one game, but Cleveland’s quarterback and star receiver struggled to find any chemistry in Sunday’s 38-6 loss to the Baltimore Ravens.

“Kind of just toss it up as a mulligan,” Beckham said, using the golf term for a do-over. “You have 15 other games, 15 other opportunities. Just keep moving.”

Trouble is, Mayfield and Beckham aren’t always moving in the same direction.

In Browns coach Kevin Stefanski’s debut at Baltimore, Beckham was targeted 10 times by Mayfield, but finished with just three receptions for 22 yards — the second-lowest output in 76 career NFL games for the three-time Pro Bowler.

Beckham also had a face-masking penalty, he nullified a catch by stepping out of bounds and had a game-swinging drop on a third-down play in the second quarter when the Browns were driving and still in the game.

And, of course, because he’s OBJ, TV cameras were trained on him to capture some moments of outward frustration.

The performance was similar to several last season, Beckham’s first in Cleveland after a blockbuster trade from the New York Giants, and his lack of cohesion with Mayfield is unnerving for a Browns team looking to rebound from a 6-10 mess.

Mayfield said getting the ball to Beckham is always a priority, but it can’t be a force feeding.

“It has to come naturally,” said Mayfield, who passed for just 189 yards in the loss. “Obviously, you game plan and you scheme up things to get the ball in your playmakers’ hands, but when it comes to game time, they are going to give us certain looks that might take that away.

“We had a couple plays for him early on, and the Ravens did a good job of taking that away so we had to go through the reads and get the ball into other guys’ hands.”

In running backs Nick Chubb and Kareem Hunt along with wide receiver Jarvis Landry, Mayfield has plenty of good options to choose from. But Beckham, who is healthy after dealing with a core muscle injury last year, has the ability to score from anywhere on the field.

It’s understandable why the third-year QB wants to get him the ball.

Therein lies one of the problems. On Sunday, the Browns went from not throwing Beckham’s way to looking for him too much as it appeared there was a concerted effort after halftime to get No. 13 more involved in the game plan.

Mayfield explained that when the speedy Beckham is being covered by only one defensive back, that’s optimal but also dangerous.

“That’s when the alert goes off in your head that we have a one-on-one with him and you want to get him the ball,” Mayfield said. “But it has to be the right scenario and the right situation for us to do that.”

Beckham said the only way to fix things is through practice reps, and those are in short supply this week with a Thursday night game against the Cincinnati Bengals.

It goes without saying that Beckham wants the ball whenever he can get it, and said he prefers some early touches to get him going.

“It is like a shooter putting up a couple of threes (3-pointers) early and you hit one, two of them like, God knows you might drop 60 (points), he said. ”So, this is how I feel, I would love to get involved early, but it just did not go that way Sunday. They just came out and they played better than us.”

Beckham understands that his every move on the field is being analyzed. It comes with the territory, and he’s helped perpetuate the narrative.

He’s aware of the perception that he’s all about himself, and all he can do to change that is catch passes and score touchdowns.

“I am just here at a point in my life where I just want to play football and I just want to win,” he said. “Period. There is nothing else that can distract to deter from those goals. Once I get you all, the world and everyone to understand that I care about one thing — winning and producing.”

NOTES: Stefanski said he was comfortable with the decision to waive K Austin Seibert after he missed a field goal and PAT on Sunday. Seibert was claimed off waivers by the Bengals, but isn’t expected to dress Thursday. ... Starting RT Jack Conklin (ankle/finger) didn’t practice and his status remains unclear for Thursday. Chris Hubbard returned after missing two weeks with an ankle injury and would likely fill in for Conklin. ... CB Greedy Williams (shoulder) still isn’t back and WR Jarvis Landry (hip surgery) was rested. ... Mayfield was asked about the Browns having 6,000 fans at Thursday’s game. “It better be a rowdy 6,000,” he quipped.