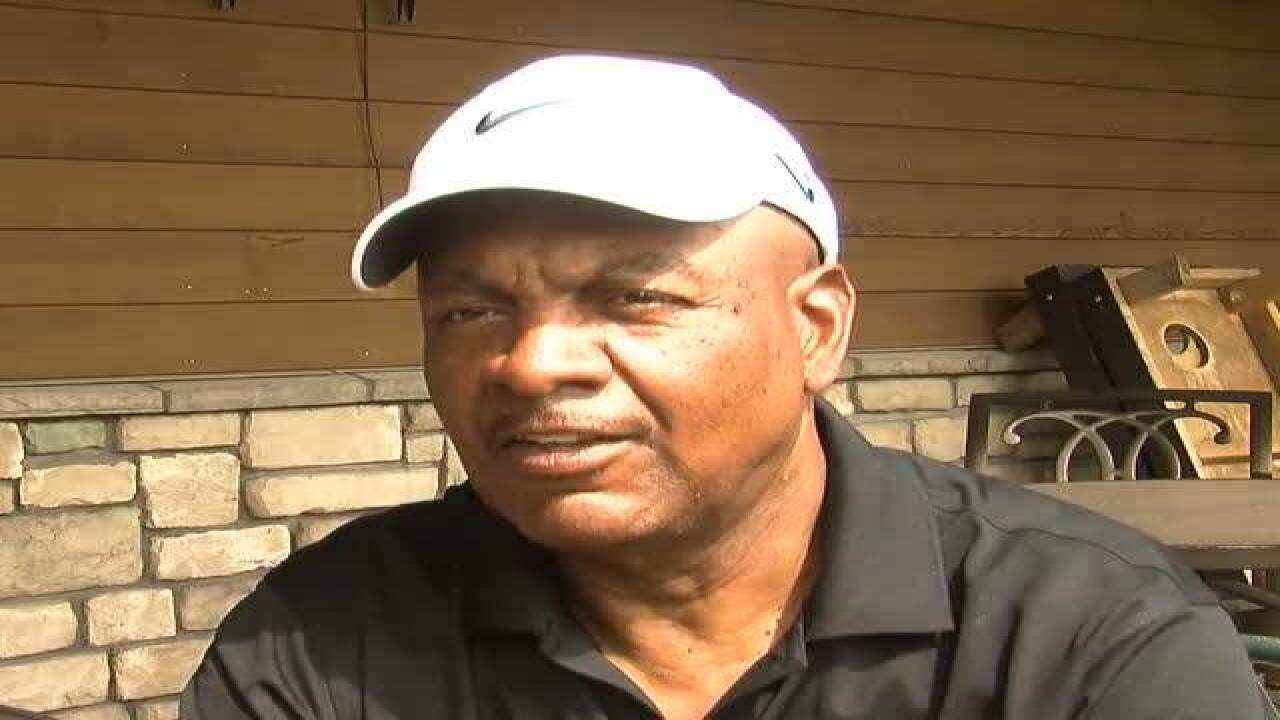 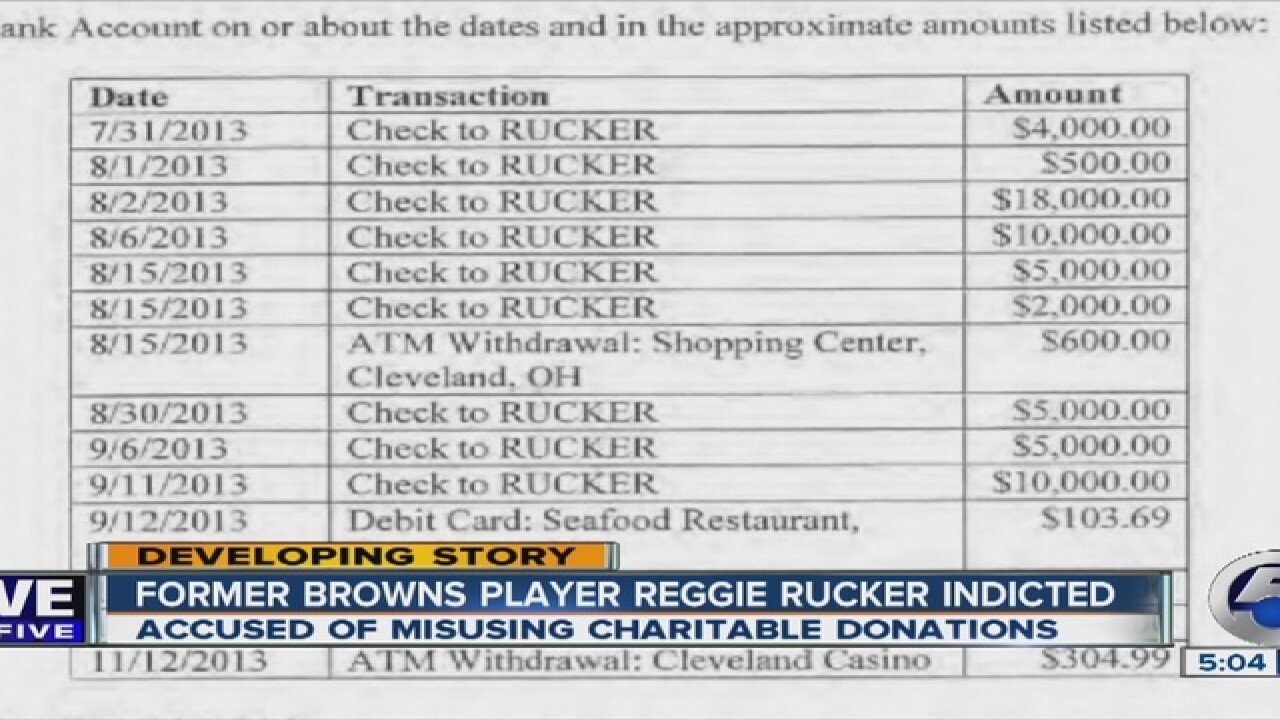 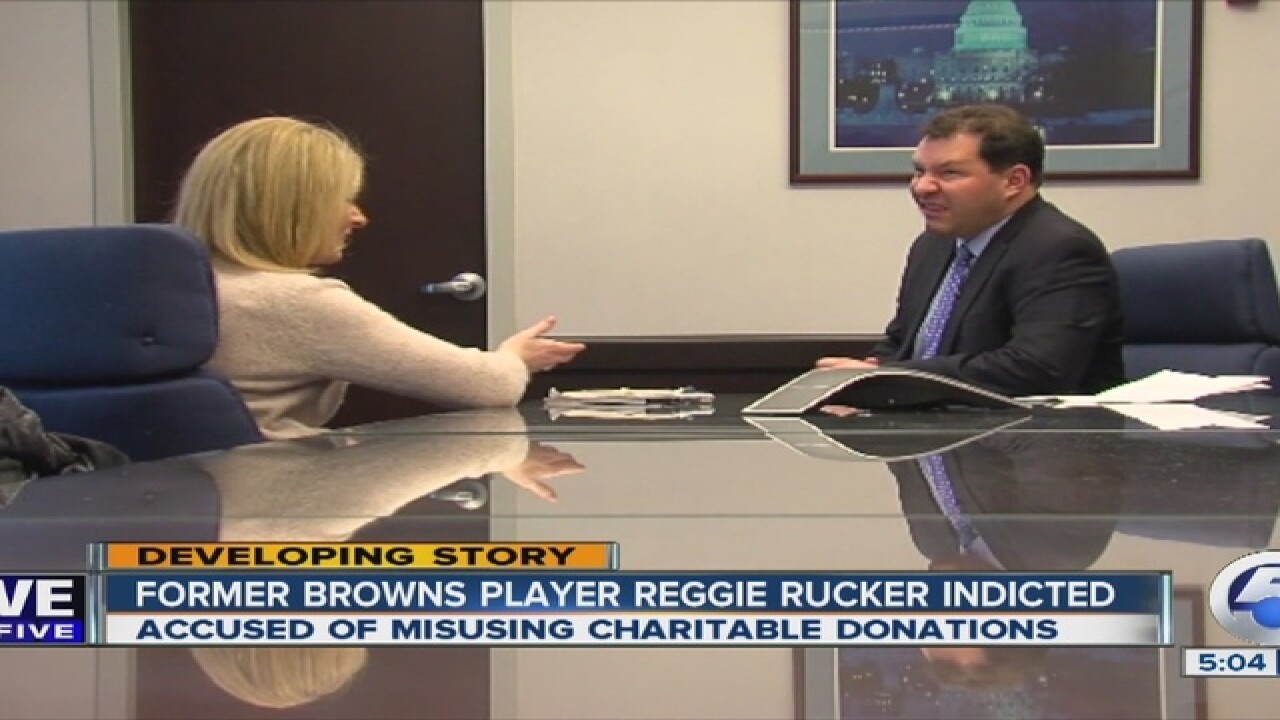 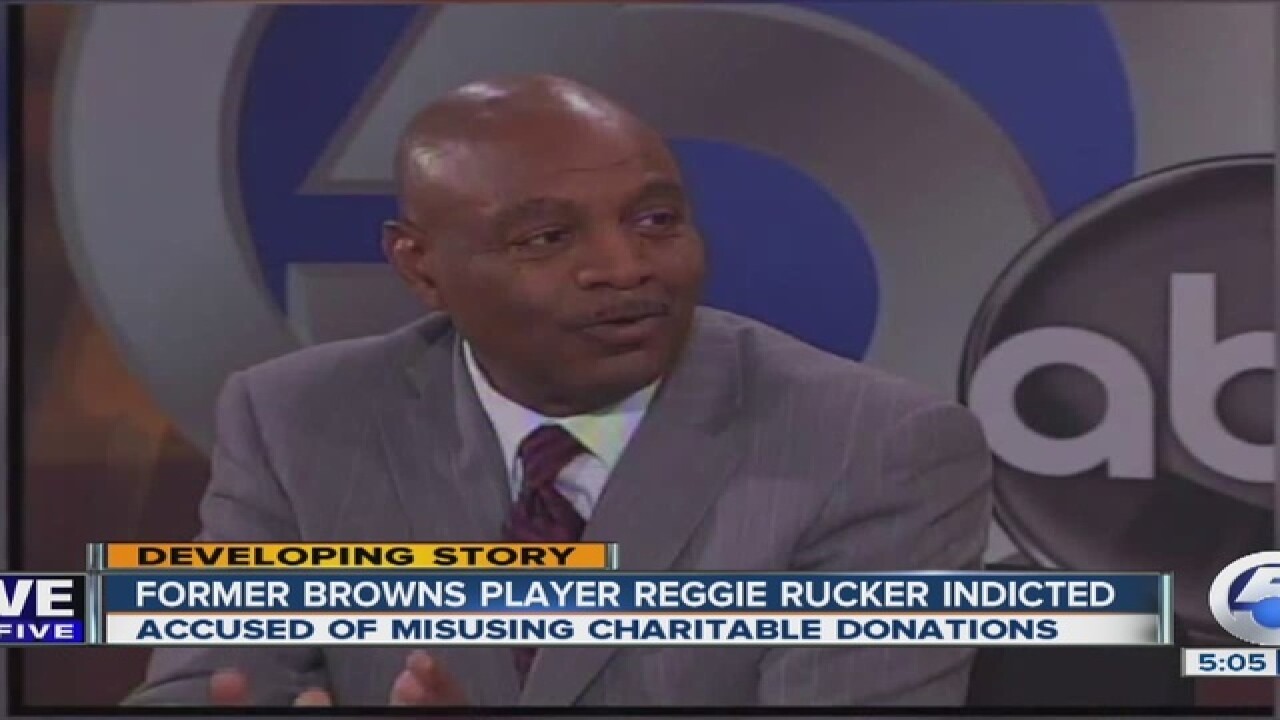 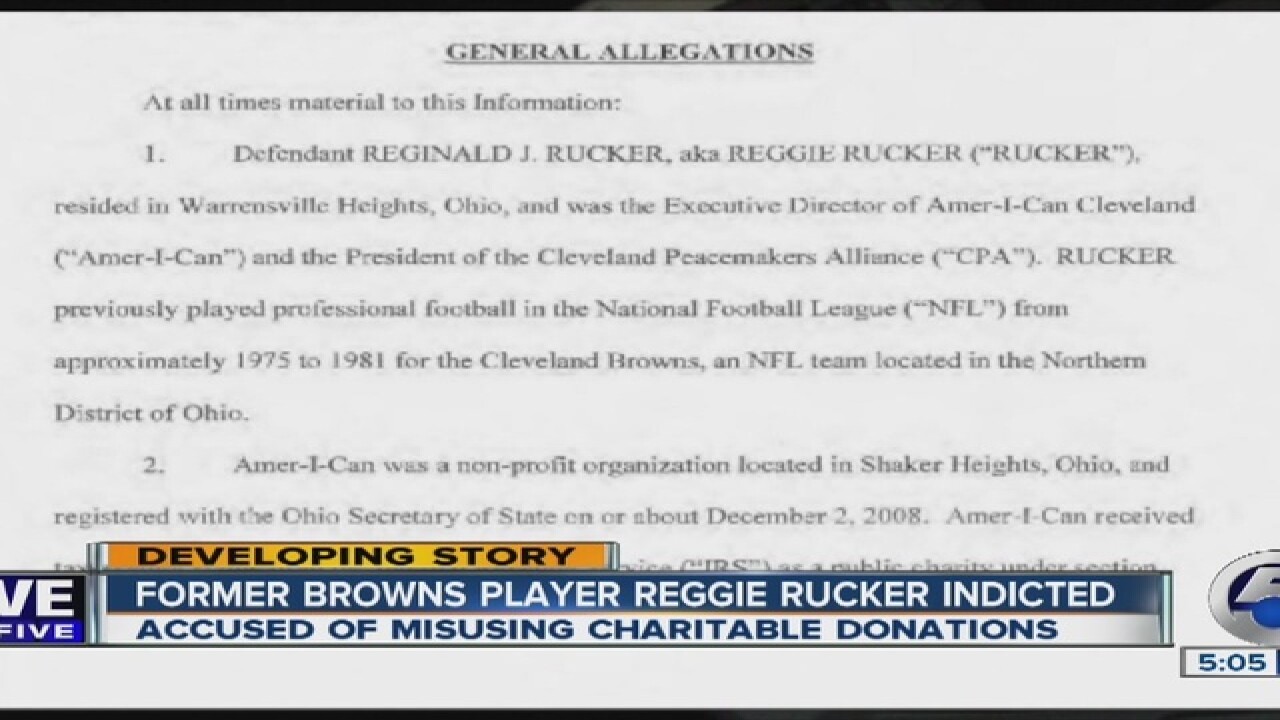 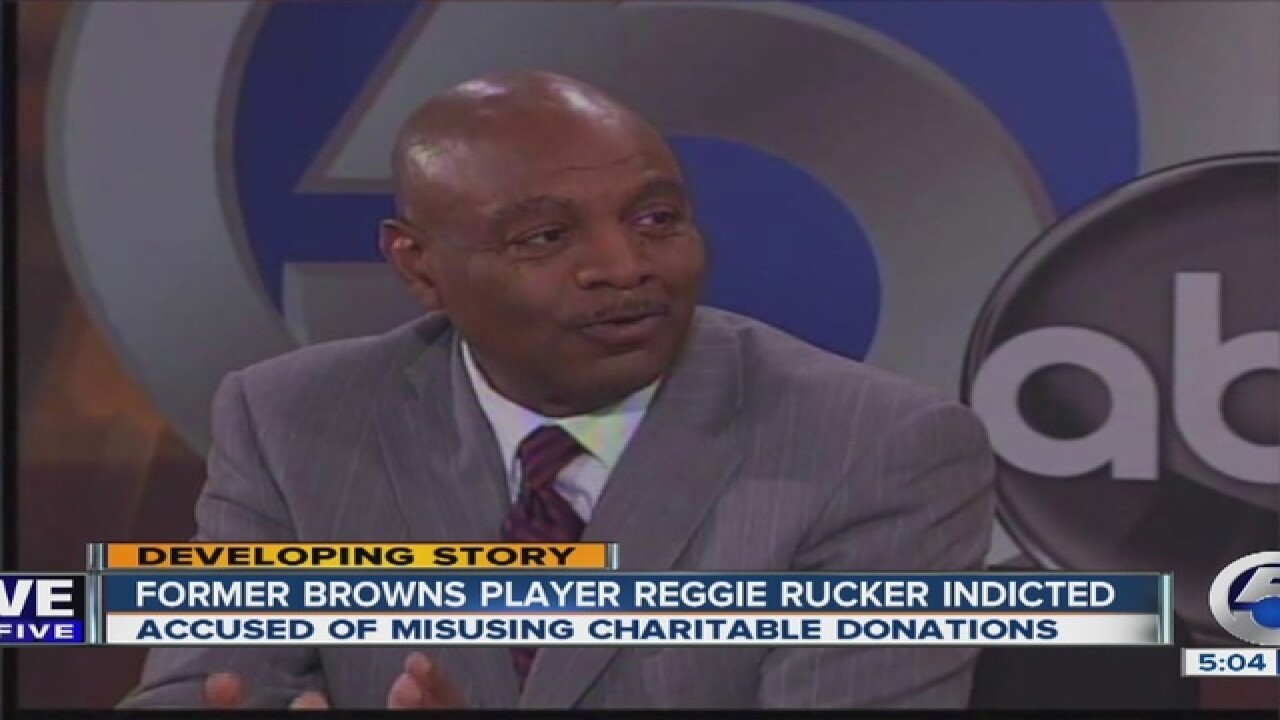 He was also charged for lying to the FBI about his use of those funds.

"He accepts responsibility for his wrong-doing," said Michael Hennenberg, Rucker's attorney. "He knows he’s going to have to be punished, and he’s going to do everything possible to make it right.”

According to the Department of Justice, Rucker was charged with one count of wire fraud and one count of making false statement to law enforcement after he allegedly used the funds of anti-violence groups he led for personal use.

“This is all related to a gambling problem," added Hennenberg. "That’s what the government claims, and we don’t disagree.”

“Reggie Rucker misused his celebrity and position in the community to dupe some of our most important local foundations and generous citizens,” said acting U.S. Attorney Carole Rendon. “He stole from the very violence interrupters he so publically claimed to support. In one breath he begged generous donors to save Amer-I-Can and the Peacemakers Alliance, and in the next he stole that money to support his lifestyle and his gambling junkets in Cleveland, Florida, and Las Vegas, using the charity's account as his own ATM.”

Rucker served as executive director of Amer-I-Can, a non-profit in Shaker Heights, and president of Cleveland Peacemakers Alliance(CPA), an organization dedicated to resolve conflicts in Cleveland.

But according to the Department of Justice, from 2011 through February 2015, Rucker diverted funds meant to support Amer-I-Can and CPA for his personal use.

These funds were allegedly used to pay for his mortgage, entertainment, meals, travel, groceries and dry cleaning.

The Department of Justice also reports that Rucker told donors that Amer-I-Can had and independent board to provide oversight, even though it did not.

According to records, Rucker withdrew $48,000 at casino ATMs in Tampa, Las Vegas, and Cleveland from the Amer-I-Can bank account from 2011 to 2015. He also allegedly paid gambling debts he incurred at a Las Vegas casino totaling $65,000 using money donated to Amer-I-Can and CPA.

In January 2013, CPA received a $150,000 donation from the board of a Cleveland area foundation. The complaint against Rucker alleges that he forwarded the email about that donation to a Las Vegas casino saying, "this is my non profit and they were a little behind getting me my money. I will not actually have this in my hands for 10 days, maybe 14 . . . I like to keep communication open so that I don’t get into any trouble. Can they work with me on this?”

Other allegations against him include:

“The crime itself is very serious but as bad is the loss of trust that people in the community might feel,” said Mike Tobin, spokesperson for the U.S. Attorney's Office.

The Cleveland Foundation, a local non-profit that connects donors to causes, has been a major supporter of the Cleveland Peacemakers Alliance over the years. Today, the foundation sent this statement:

"We do not comment on criminal investigations. We look forward to continuing our support of the Cleveland Peacemakers Alliance under the new leadership of the Boys and Girls Clubs of Cleveland."

The City of Cleveland said it has worked with Rucker's organization in the past but it has not provided funding.

The U.S. Attorney's Office said Rucker is expected to face about two years in prison, although the maximum is 20 years. Plus, he is also expected to pay back any money he may have swindled.

Rucker's arraignment is scheduled for Feb. 24 at 2 p.m.