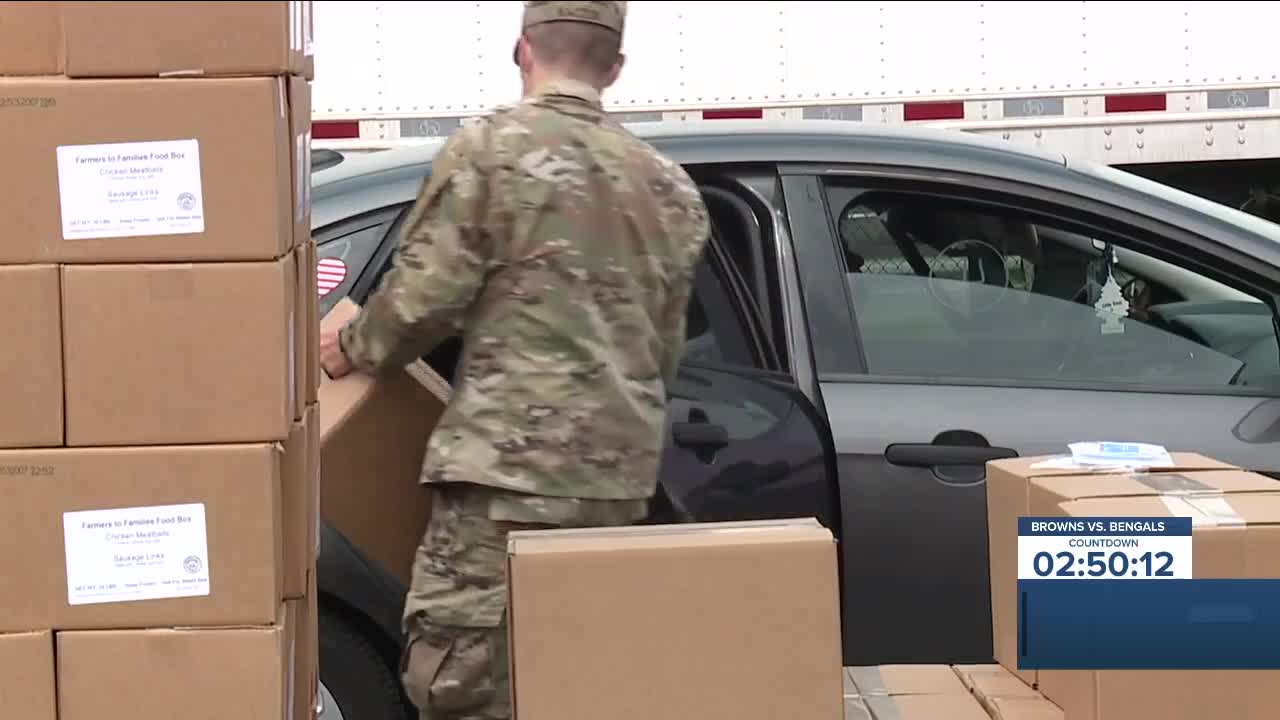 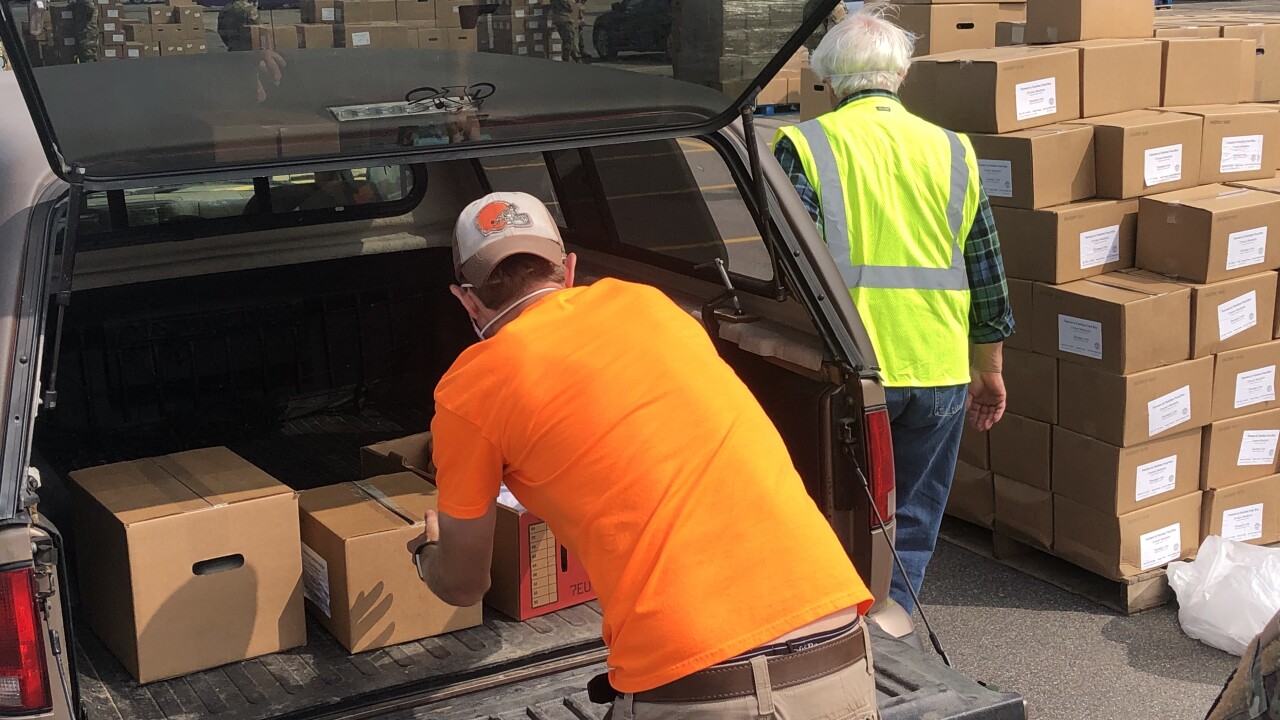 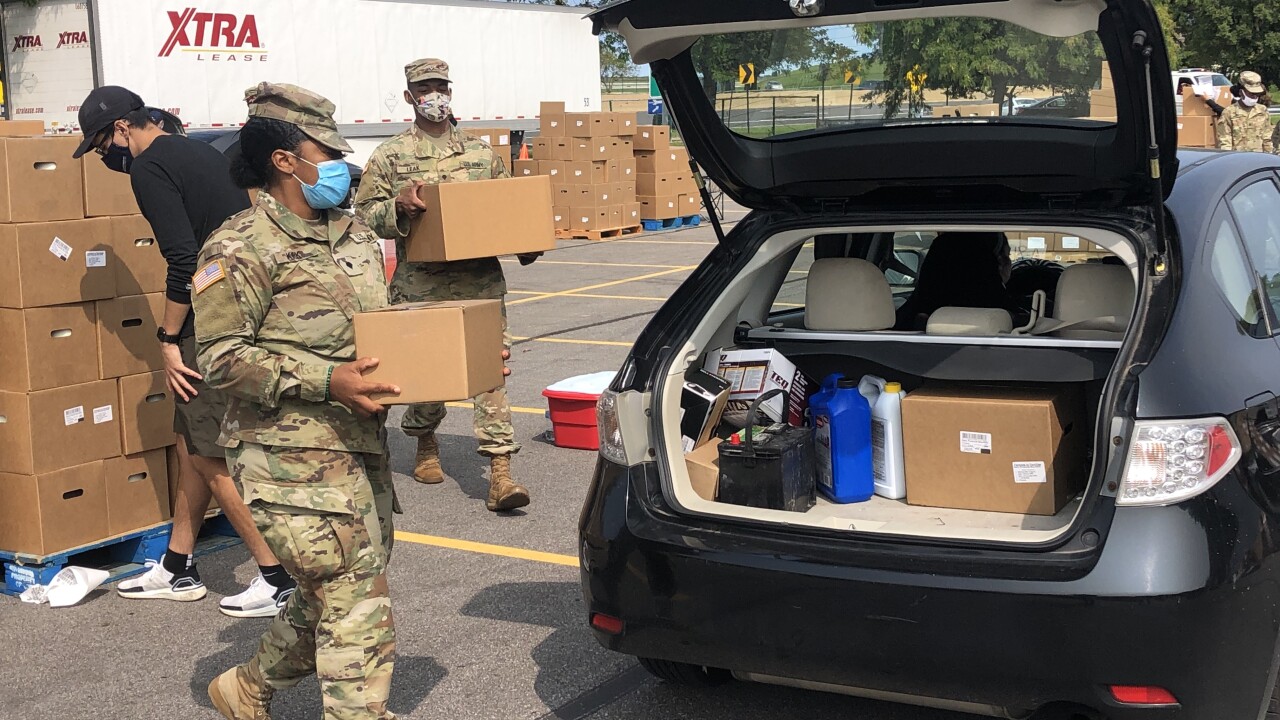 CLEVELAND — The Muni Lot has served as a place for momentous occasions for die-hard Browns fans over the years: marriage proposals, family get-togethers and maybe even some memories Browns fans don’t remember thanks to 11 a.m. tailgates.

“We love to go there and hang out before the game with our friends,” Malone said.

This season, however, the Cleveland staple is serving a different purpose.

On Thursday before the Browns home opener, food and beverages are still being handed out at the Muni Lot, but six months into the pandemic, the former tailgating favorite is distributing food to Cleveland families in need.

“Since the pandemic started we have served more than 38,000 new households and that is twice as much as what we did during the same time last year,” Karen Pozna said.

Pozna works for the Greater Cleveland Food Bank and said thousands of Northeast Ohioans struggling financially due to the pandemic show up to the Muni Lot each Thursday to stock up on essentials.

“We are really not seeing any end in sight,” Pozna said. “We’ve been doing this distribution week after week and we are still averaging about 2,500 households that drive through every week.”

Pozna said the familiarity of the Shoreway staple has helped the food bank get the word out in a time of crisis.

“So many people turning to help for the first time,” Pozna said. “Down here at the Muni Lot, I think because it has become more public and people are more aware of it, they see this as a place to be able to turn to.”

While the Muni Lot is not open to tailgating this season, a fan predicted earlier this year that tailgaters will always find a “plan B.”

“The tailgaters will find a place to drink. I’m one of them,” Justin Gustafson said. “We’ll find a place. We survive. We’re like cockroaches.”

Fans with RVs are being allowed into the Muni Lot, but tailgating and large crowds will be shut down during Thursday’s home opener.

Of course, if you're tailgating from home with a Muni Lot beer from Platform, the place to watch the game is on News 5.

RELATED: How to watch the Browns and Bengals in Thursday night's Battle of Ohio