Joe Thomas and Great Lakes Brewing Co. are brewing up something special 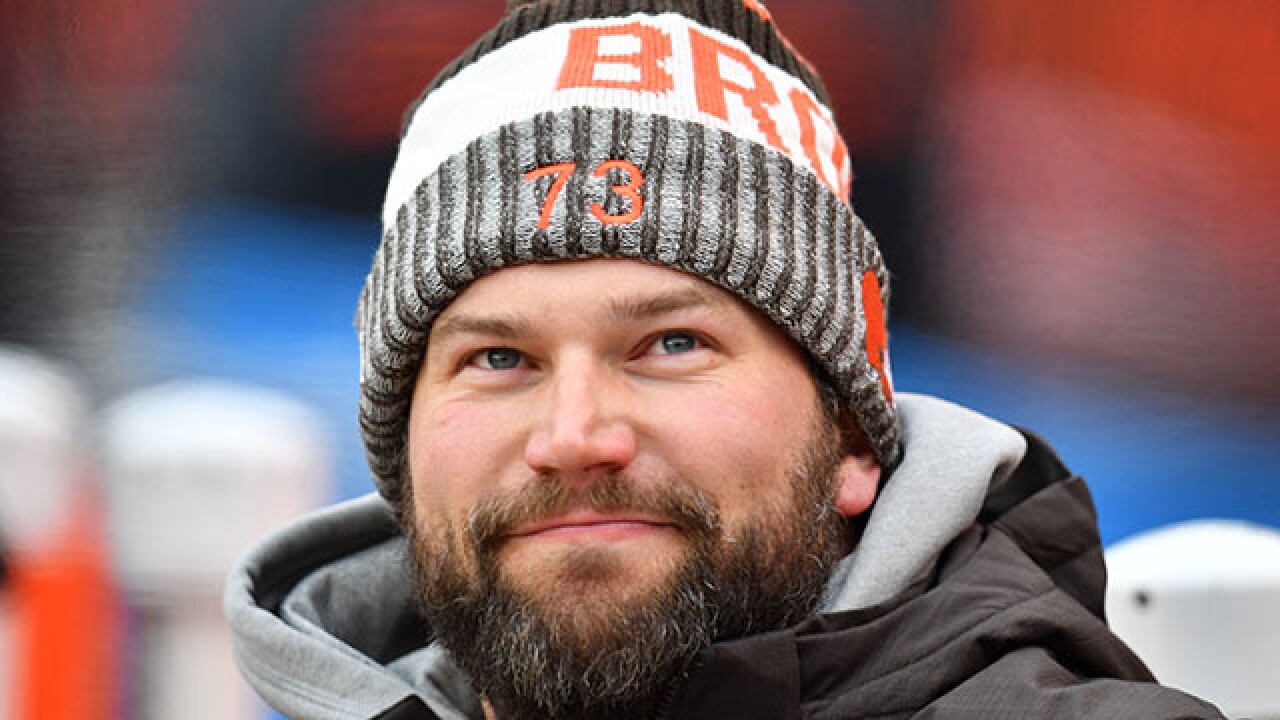 Image copyright 2018 Getty Images. All rights reserved. This material may not be published, broadcast, rewritten, or redistributed.
<p>CLEVELAND, OH - DECEMBER 10: Joe Thomas #73 of the Cleveland Browns looks on from the sidelines duringthe game against the Green Bay Packers at FirstEnergy Stadium on December 10, 2017 in Cleveland, Ohio.</p>

In Cleveland, we celebrate with beer, and what better way to honor Browns football hero Joe Thomas than with a pint of perfection.

The Great Lakes Brewing Co. announced on Friday that it's creating 73—a limited edition Kolsch-Style Ale brewed in collaboration with the football legend himself.

So, how did the idea come about?

The project started organically when Thomas was talking to his next-door neighbor GLBC CEO Bill Boor over some cold beer.

"Joe and I talked about the idea of doing a beer together for a while. He embodies so many things we admire at Great Lakes, and in Cleveland,” said Boor in a release. “Reliability, hard work, loyalty, community involvement. The list goes on. After he retired, we agreed to make it happen. It seems so right for Joe Thomas and Great Lakes to work together on a special beer.”

In true Cleveland style, Thomas stepped up to test taste and even help brew the beer he would call "73," after his jersey.

Sounds great! I’ll see you sometime around 6:30PM?!? Ill have my drinking shoes on!!🍻 #NowWeGo https://t.co/sgUF1G5IRd

“I love craft beer, and throughout my career in Cleveland. I had the opportunity to enjoy some of the best from Great Lakes. I had 11 pro seasons in Cleveland and they’ve had 30, so we’re a good, seasoned match. It’s been so much fun going through the entire process from design through brewing the first batch at the pub,” said Thomas. 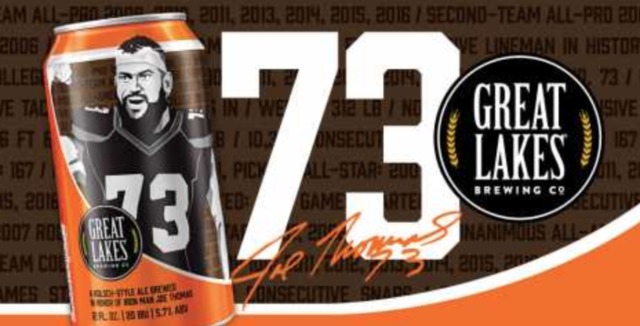 Brewmasters said 73 is a light Kolsch-style with a crisp, rye finish. It will be available at select Cleveland retailers beginning this September.

The 12 oz. can 6-packs feature an illustration of Thomas, including his 10,363 consecutive snaps record.