JR Smith made good on his promise to celebrate how he does best: shirtless.

The Cavs guard posted to his Instagram story from FirstEnergy Stadium, “No shirt Swish is back if the Browns win tonight!!” When the big win finally happened, Smith fulfilled his claim and went bare-chested, to the delight of Browns fans nearby, and tattoo fans everywhere. He also sported an unmatchable smile and enthusiasm. 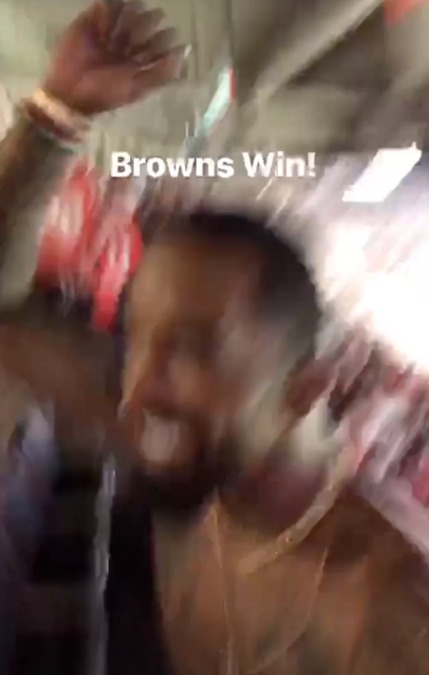 A shirtless JR Smith celebrates in the stands after the Browns' first win in 635 days.

and here we have jr smith celebrating shirtless in first energy stadium pic.twitter.com/ON9VI0Wfja

If you weren’t aware, shirtlessness is kind of JR Smith’s thing. He famously disrobed after the Cavs beat the Warriors in Game 7 of the NBA Finals, then again at the victory parade in Cleveland. Then-President Obama even joked with coach Tyronn Lue to make sure Smith had a shirt on during his visit to the White House.