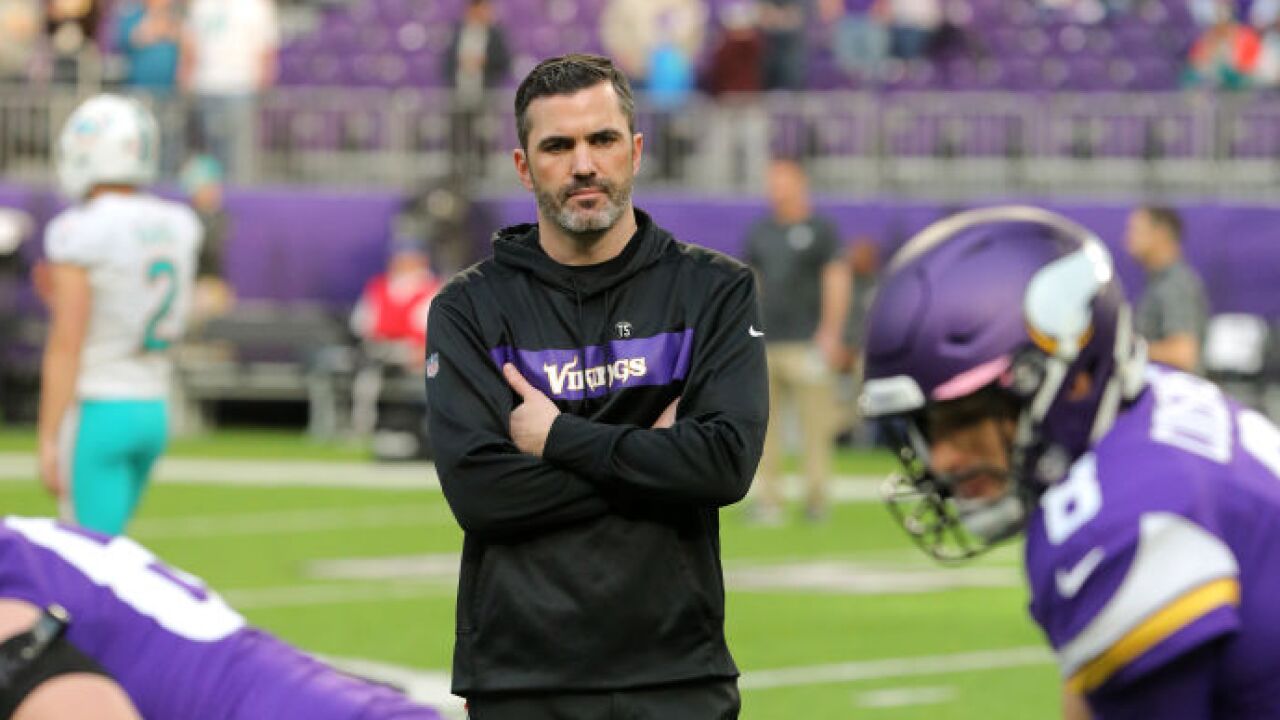 CLEVELAND — The Cleveland Browns have hired Kevin Stefanski to be the team’s next head coach.

Here’s what Stefanski‘s three biggest priorities will be as he takes over as the team’s 18th full-time head coach.

There was nothing more infuriating last season than watching the Browns run three-straight passing plays in the red zone with Nick Chubb and Kareem Hunt at their disposal or run a draw on 4th and short.

Hopefully, Stefanski hires an offensive coordinator he feels confident in calling the plays so he can focus on being the head coach of the Browns, something former head coach Freddie Kitchens failed to do.

Stefanski will want the play-caller to know the strengths of his offense and routes best suited for quarterback Baker Mayfield. An uptempo offense with quick slants and a lot of RPOs in the game plan should be a priority for whoever Stefanski selects as the play-caller.

Getting wide receiver Odell Beckham Jr. meaningful targets, especially in the red zone, is a must-solve problem for Stefanski and his offensive coordinator.

Before the Browns selected Stefanski to be the new head coach, co-owner Jimmy Haslam said in a press conference that the head coach would be heavily involved in helping select the new general manager after being hired.

Stefanski has a lot of influence on who becomes the next general manager, so he’ll want to focus on making sure his suggestion understands what the Brown need to focus on in the draft and with the current rosters.

The Browns, and whoever their general manager may be, needs to focus on strengthening the offensive line.

Trading Kevin Zeitler in the spring was a major hit to the line. With JC Tretter and Joel Bitonio the only saving graces, the Browns are in desperate need to strengthen the line by signing or drafting talent to protect Mayfield.

After the o-line is taken care of Stefanski's general manager should look to add talent and depth at other in-need position, such as safety and linebacker.

It’s no secret the Browns do not have a winning culture. With zero Super Bowl appearances and just once since the team returned in 1999, the Browns haven’t had winning in their recent history.

There’s no way to change that other than to win, but Stefanski can change the way the players see themselves and carry themselves. Make sure Denzel Ward knows he’s wearing Eric Metcalf’s jersey and remind Austin Seibert the importance of the No. 4 he shares with the beloved Phil Dawson. Teach the players all about Bottlegate, The Fumble and The Drive and the heartbreak Cleveland fans went through so that they have a better understanding of why winning here would be that much more special.

Aside from helping establish a winning culture in Cleveland, Stefanski will need to focus on getting the team in sync and establishing discipline among the 53 men in the locker room.

This time around, senseless penalties and sloppy execution should not be tolerated. Players should be held accountable for their words, their actions and their performance on and off the field. Stefanski will need to be a strong leader and someone the players respect so that his words resonate with them and the players can go from a group of players to what the goal has been all along—a team.