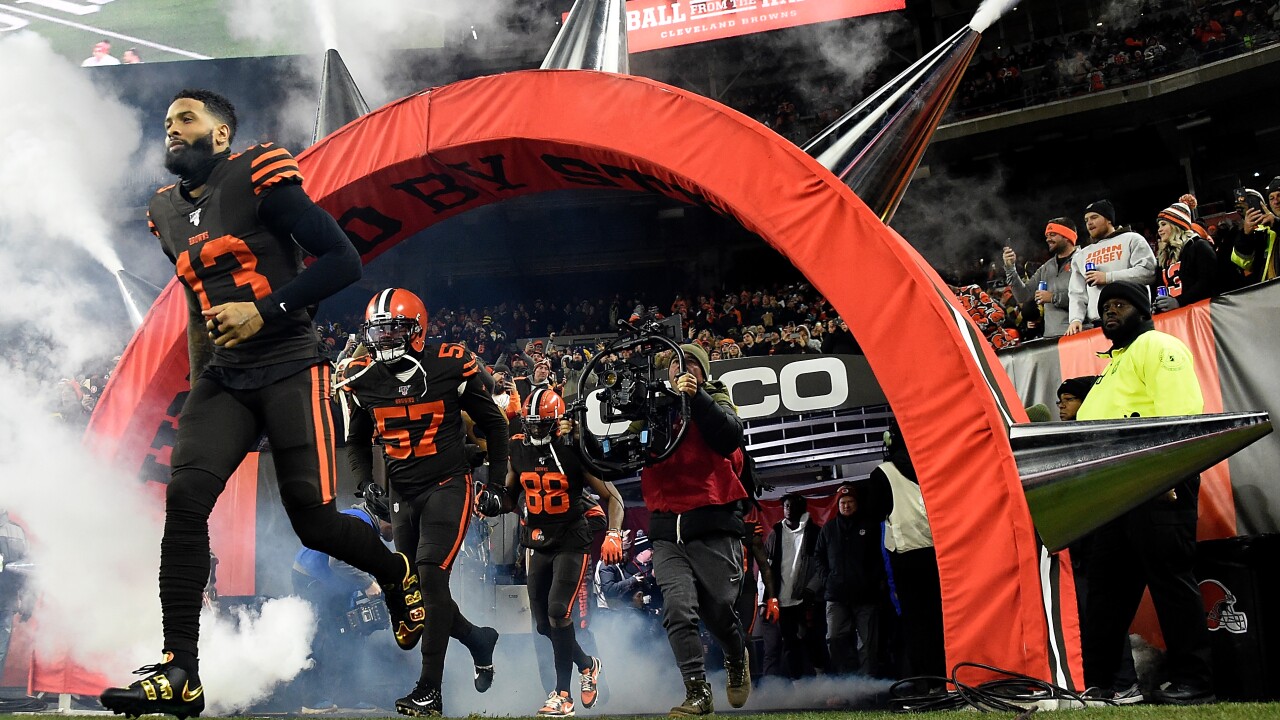 CLEVELAND — Suspensions, fines and brawling are the talks of the town following the Browns Thursday night win over the Steelers, but what isn’t being talked about is everything else that came before the last eight seconds of the game.

It’s easy to think of Thursday night’s game and immediately bring up Myles Garrett’s suspension or the entire fight that led to it, but here’s what you’re forgetting when you do:

The second-year running back has had an incredible season, and Thursday was no different.

Chubb led the Browns with 92 rushing yards Thursday, increasing his season total to 1,011 and making him the first Browns player to surpass the 1,000-yard rushing mark since Peyton Hillis in 2010.

Linebacker Joe Schobert had arguably his best night of the season and proved to fans he is incredibly talented and capable of high impact plays.

On Thursday night, Schobert set career highs in interceptions, with two, and passes defended, with four. He recorded a sack and 10 tackles, seven of which were solo tackles. Schobert leads the Browns with 92 tackles this season, nearly 50 more than Mack Wilson who has the next most at 44.

Schobert forcing multiple turnovers is something many fans have been looking for out of him, and he definitely delivered against the Steelers.

Browns lost safety Morgan Burnett to an Achilles injury at the end of the first half Thursday night, but not before he had an incredible performance.

Prior to his injury, Burnett recorded five tackles and an interception. He returned his first interception of the season for a career-long 43 yards.

His diagnosis has yet to be confirmed but it is believed Burnett tore his Achilles, which would likely put him out for the remainder of the season.

#Browns S Morgan Burnett is believed to have suffered a torn Achilles in last night’s win, source said. If the MRI confirms, and that should happen today, Burnett would be out for the season. He impressed prior to his injury, with 5 tackles and an INT.

Baker Mayfield had a good game

It might be hard to remember amidst all of the drama Thursday night, but quarterback Baker Mayfield had a pretty good outing.

Mayfield threw for 193, two touchdowns and did not throw a single interception. Overall, the Browns scored three touchdowns, one of which was the work of a QB sneak that found Mayfield in the end zone for six.

Mayfield’s 6,119 career passing yards and 38 passing touchdowns are the most by any Browns player in their first two seasons.

Having only played in three games this season, the undrafted rookie from Princeton has only been targeted once before his single target Thursday night, but he definitely made the second target count.

Under pressure, Mayfield threw the ball into the end zone, which Carlson impressively caught over the defender’s head, landing in the back of the end zone for the touchdown.

That’s a great way to start a career.

With their win over the Steelers, the Browns are undefeated in their division with a 2-0 record.

History was made in Cleveland on Thursday. With the 40-25 win in Baltimore in September and the 21-7 win against Pittsburgh, the Browns beat the Ravens and the Steelers in the same season for the first time in franchise history.

The Browns improved their record to 4-6 ahead of a seemingly easier match-up against the Miami Dolphins next week.

It’s easy to let the last eight seconds overshadow the rest of Thursday night’s game, but remember: most of the game was really good.