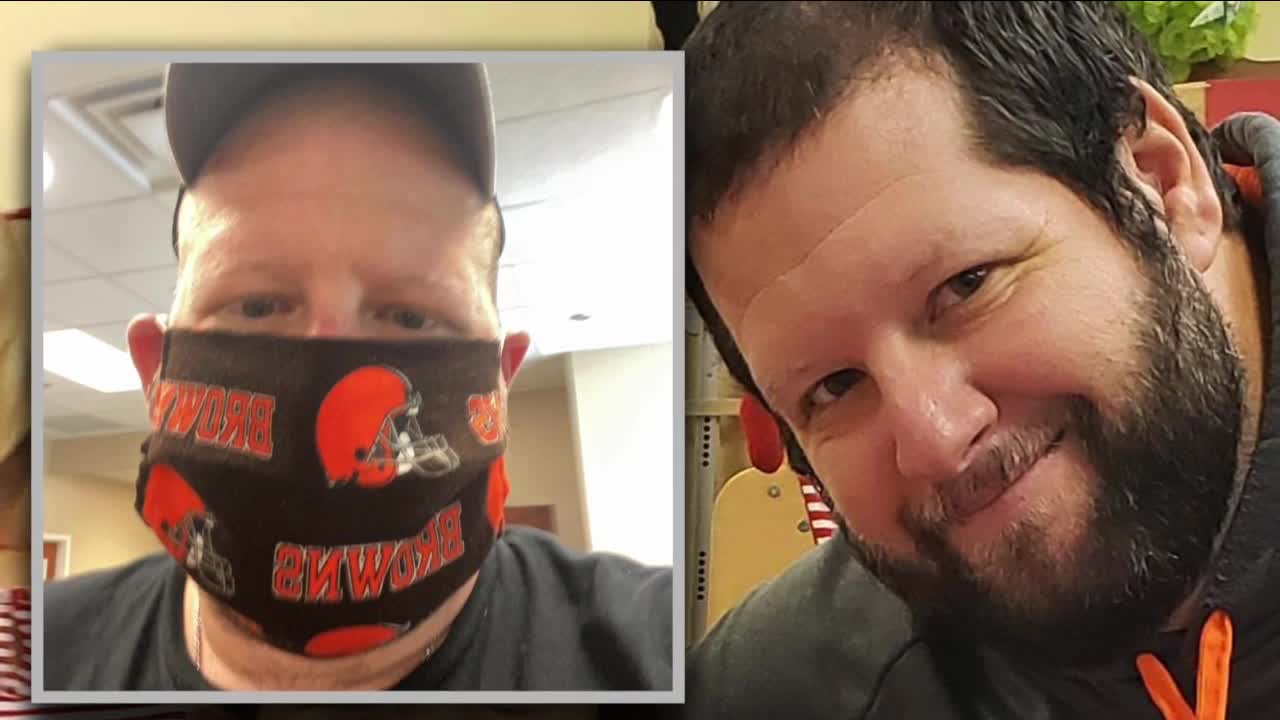 Tom Seipel, a lifelong and loyal fan of the Cleveland Browns, was thousands of miles from his home in Ohio working as a pastor and missionary when his life changed forever. 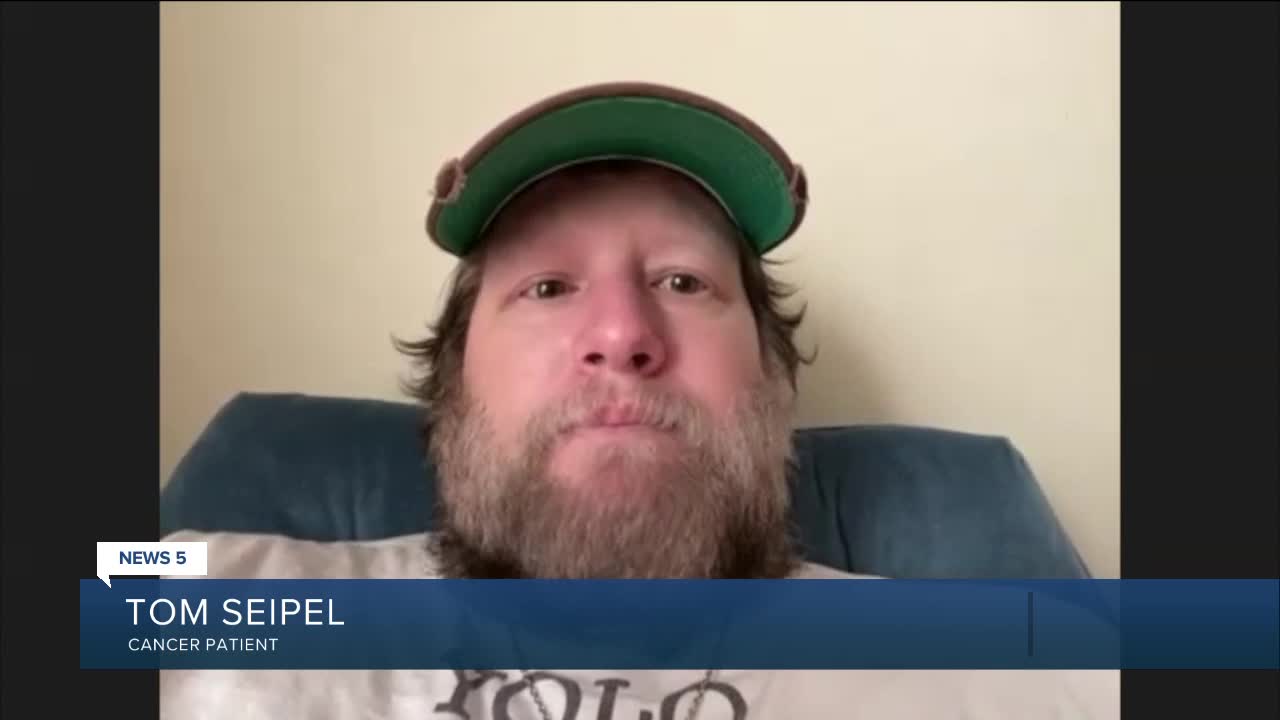 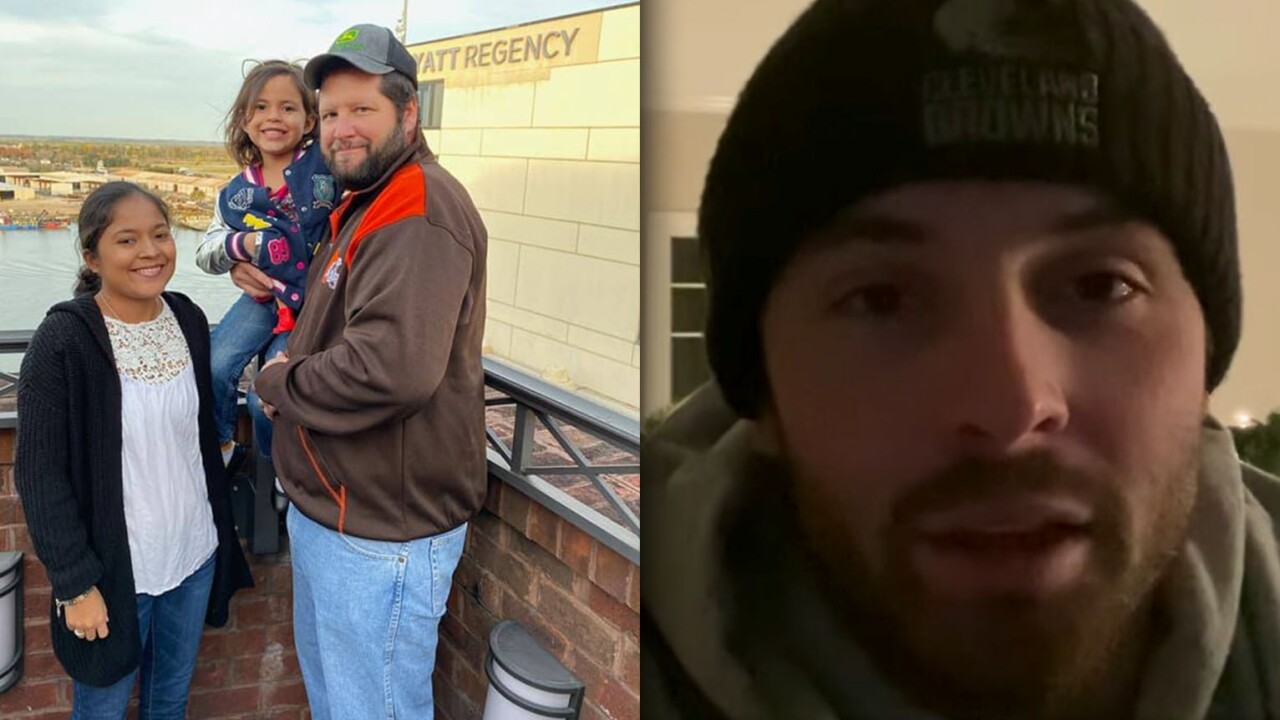 CLEVELAND — Tom Seipel, a lifelong and loyal fan of the Cleveland Browns, was thousands of miles from his home in Ohio working as a pastor and missionary when his life changed forever.

Working as a missionary, pastor and high school teacher in Nicaragua three years ago, Seipel realized something was wrong.

“It took me a while to get done what I wanted to get done and tested but finally found out that I had a tumor the size of a softball in my left kidney so that hit me really hard,” Seipel said.

Doctors in Nicaragua removed his kidney. Unfortunately, a biopsy of the tumor revealed he had cancer. With the help of his friends was able to be seen by a leading specialist at the Cleveland Clinic.

Seipel teared up as he recalled what happened next.

“Got to Cleveland and he took a look at me—kidney cancer’s a cancer that doesn't really have a cure and he said it’s more going to be about prolonging your life,” Seipel said. “I said ‘yeah, okay’ because I had, at the time, a three-year-old and my biggest worry was she going to remember me?”

Seipel turned to his faith, praying for more time with his family.

“I know God doesn’t work this way but I made deals like ‘Just give me two years even, just give me three’—and he did,” Seipel said.

Three years later, Seipel has gone through numerous treatments and tried different medications to fight the cancer. He moved back to the United States from Nicaragua for treatment, living with his parents who had retired to Savannah, Georgia.

“So far it’s bought me three years but it’s been a battle and I had to leave school and that was heartbreaking—the kids were my life,” Seipel said. “So now it’s finally on our last shot treatment but it’s gotten so bad that it started off as stage 4, I’ve got all kinds of spots in my lungs, I’ve got spots on a few different bones and on my adrenal gland.

“I talked to [the Cleveland Clinic doctor] a few weeks ago about a trial and he’s like ‘Uprooting your family and coming on a trial that has pretty much the same odds as this last-ditch medicine that you’re going to try, it’s not worth it.’ So I decided to stay here.”

Seipel has stayed strong, going through treatments and spending time with his family—all while cheering on the Browns from way down in Georgia.

But last week, he received some devastating news—he was being placed in hospice.

Seipel, who blogs about his journey while also chatting with fellow Browns fans on the online forum Reddit, shared the tough news.

“I was on Reddit, I love the Browns, die-hard fan, if I was in Ohio I’d be going to every game,” Seipel said. “I went on the Browns forum which I was always a part of, and I was like “hey guys, I just got put on hospice, don’t have a lot of time left but thanks for everything and you guys have been great fans and I’ll be rooting with Otto Graham and Eric Turner, some of the former Browns who are now in heaven.’”

Thanks for the memories and fun. I’ll keep rooting with Eric Turner and Otto Graham. from r/Browns

That’s when Browns fans stepped up and started working to share his story with as many people as possible. Thousands reached out to Seipel, sending him messages of support and love.

Seipel’s fellow Browns fans wanted to do something memorable for him. First, fans were able to get Seipel’s story out to Emily Mayfield, the wife of Browns quarterback Baker Mayfield.

“I’ve been in communication with [Emily] the past few days,” Seipel said. “The sweetest, sweetest woman I’ve ever met. She’s read every update, she’s commented on them. It’s crazy someone so famous actually cares.”

After talking to Emily, Seipel was thrilled, but he was in for an even bigger shock not long after.

Seipel was sent a video of the man he’s watched lead his team to all its recent success, but the tables had turned and instead of Seipel cheering on Baker Mayfield, it was the other way around.

“‘Hey Tom, I’m Baker Mayfield’ and I’m like ‘holy cow,’ my jaw just dropped and I couldn’t believe it,” Seipel said. “I guess in the back of my mind I was hoping that maybe somebody from Cleveland would have heard something but I was not expecting the stud, swagger, star quarterback, Mr. Dangerous himself.

“When I saw him there I just lost it. I sent messages to all my friends and family and put it on my Facebook. It was just insane, Baker Mayfield knows who I am and he’s pulling for me and so that was big,” Seipel said through tears.

In the video, Mayfield called Seipel “inspirational” and a “warrior.”

“I just want to say keep fighting, appreciate your support and we’ll see what happens when we get into the playoffs—we’ll see if we can make those dreams come true, bud,” Mayfield said to Seipel. “We’ll be praying for you man, hang in there, go Browns.”

Seipel said he’s been waiting years for that moment and he’s ready to watch the Browns in the playoffs for the first time since 2002.

Seipel said if the Browns can make that postseason push, he’ll do what he can to pull money together and get the seal of approval from his doctors to head to that game—and he’s already planning what he’ll wear for that historic day.

“I always swore I’d wear Joe Thomas, our next Hall of Fame jersey, but I might have to pull the Baker out for sure," Seipel said. "He’s my boy now and his support has meant everything, so there's no doubt in my mind it would be No. 6 now.”

Seipel did have a message for Mayfield and the Browns as they look for a win next week against the Steelers, or a loss from the Colts, to send them into the playoffs:

“You have no idea the impact that you have. You guys touch a lot of people, those games on Sunday, offseason, training camps—for some of us it’s what we look forward to every week,” Seipel said. “For some of us that’s our escape from the stress of our lives and so the fact that you guys are out there busting it, thank you. Baker, thank you.”