Myles Garrett reinstated by the NFL, welcomed back to the Browns 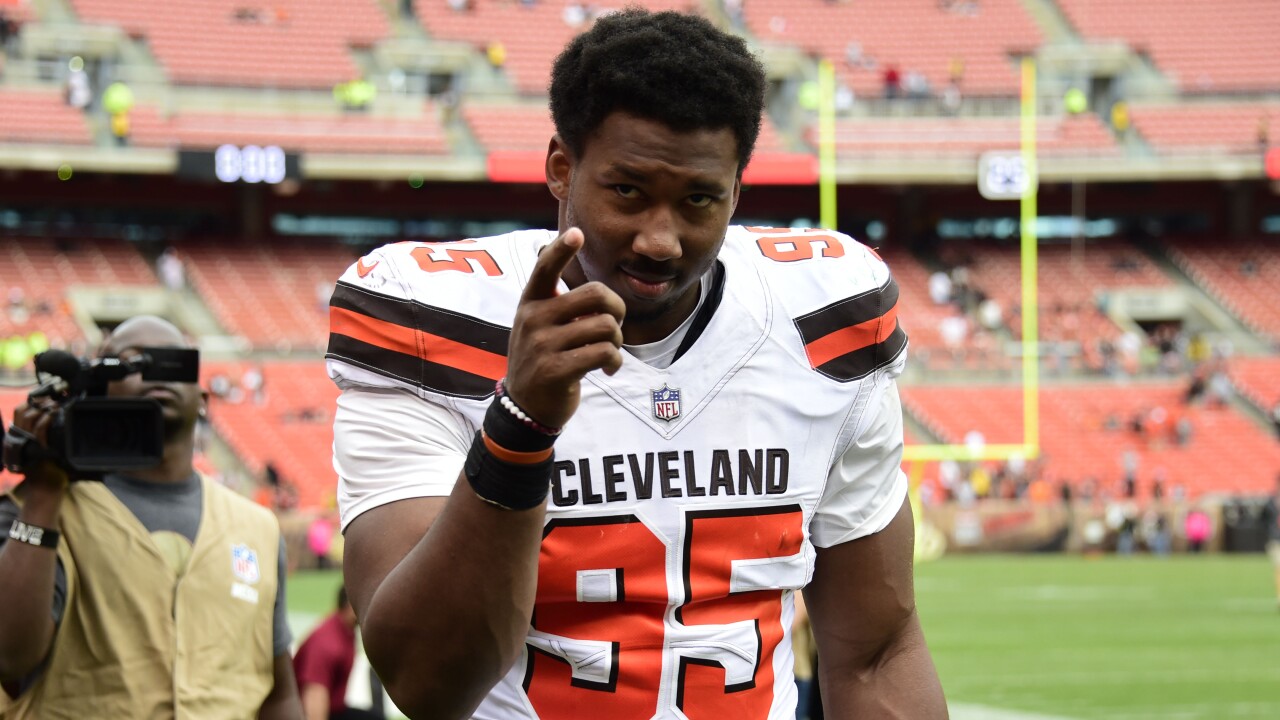 BEREA, Ohio — The Cleveland Browns announced Wednesday that Myles Garrett has been reinstated by the NFL and will be rejoining the Browns for the 2020 season.

“We welcome Myles back to our organization with open arms. We know he is grateful to be reinstated, eager to put the past behind him and continue to evolve and grow as a leader. We look forward to having his strong positive presence back as a teammate, player and person in our community,” said Andrew Berry, executive vice president of football operations and general manager.

Quarterback Baker Mayfield welcomed his teammate back shortly after the reinstatement was announced:

Garrett's reinstatement will allow him to participate in offseason workouts slated to begin in early April.

Garrett was suspended indefinitely on Nov. 15, the day after he ripped the helmet off Steelers quarterback Mason Rudolph and hit him on the head with it at the end of a Thursday Night Football victory at home after a scrum on the ground during which Rudolph appeared to get a hand on Garrett's helmet, and kick him in the groin. Garrett missed Cleveland’s final six games and his loss was a major blow to the Browns, who went 2-4 without him, finished 6-10, fired coach Freddie Kitchens and saw general manager John Dorsey resign.

On Monday, Garrett met with Commissioner Roger Goodell and other league officials in the final step before he was cleared to return.

During his hearing to appeal the suspension, Garrett alleged that Rudolph called him a racial slur. The NFL disputed this claim and said they found no such evidence of it.

"Mason vehemently denies the report of being accused of using a racial slur,” a Steelers spokesman told ESPN's Jake Trotter at the time.

Garrett’s suspension is the longest for a single behavior in league history. Tennessee’s Albert Haynesworth was suspended five games for stomping on a player’s helmet-less head in 2006.

He was having a strong third season as a pro, but he was flagged for some unnecessary roughness penalties early in the season. He finished with 10 sacks in 10 games.

According to the Browns, Garrett will be departing on a humanitarian program to Tanzania next week as captain of the NFL's Waterboys Program, which works to bring clean water to communities in need in East Africa.

RELATED: Browns DE Myles Garrett given back access to Berea facility after being barred from suspension