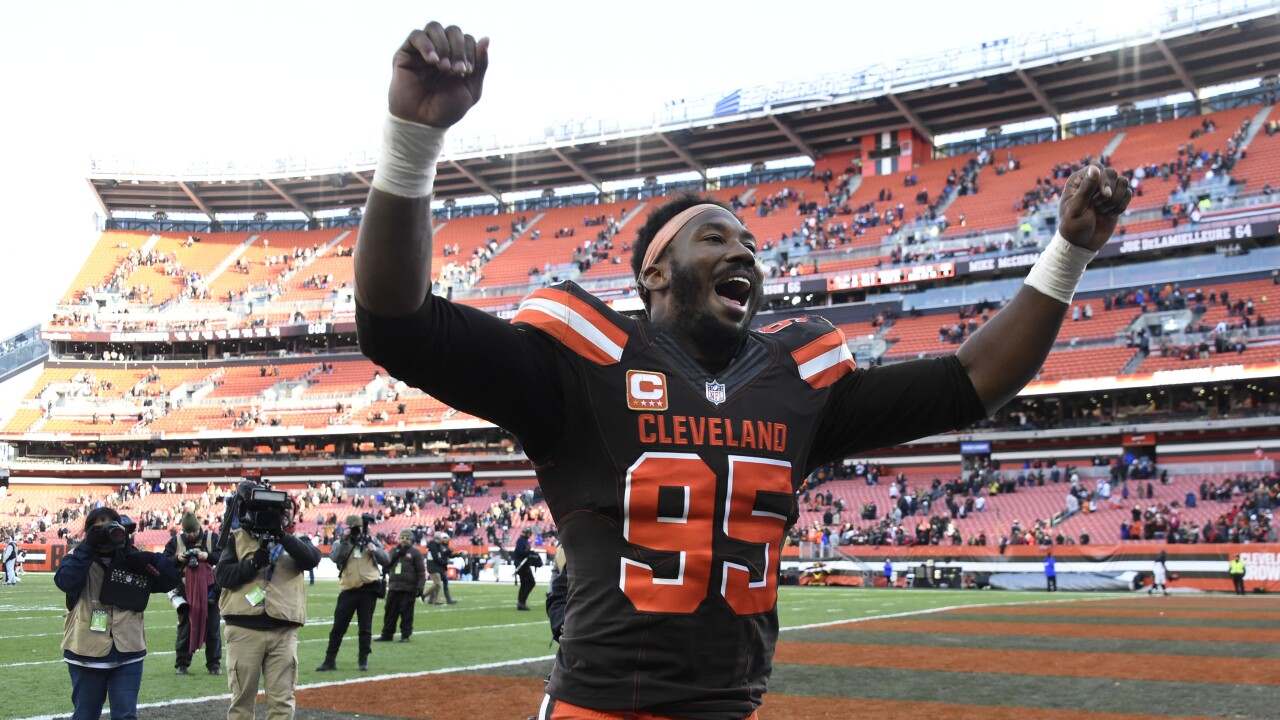 “One of our fundamental organizational beliefs is identifying young players on our roster and proactively retaining them as part of our present and future core. We go through great lengths to select players whose make-up and performance embody the characteristics we are looking for within our team. Today, we’re delighted that Myles Garrett will be a Cleveland Brown for many years to come,” said Andrew Berry, the Browns’ EVP of Football Operations and General Manager. “Myles’ rare physical gifts in conjunction with his work ethic, intellect and humility have been the catalysts behind an auspicious start to his young career. Despite his early individual successes, Myles maintains the same drive toward greatness that he displayed as a 22-year old rookie. We firmly believe that this intense focus means the best is yet to come.”

Garrett was the No.1 pick in the 2017 draft and has been a force since he got his first sack during the first snap of his NFL career.

Over three seasons, Garrett has compiled 30.5 sacks in 37 games — the most ever by a Browns player in his first three seasons.

Garrett, who had 10 sacks in 10 games last season, is the only player in Browns history to post multiple double-digit sack seasons.

“In 2017, the Cleveland Browns bet on me,” Garrett said. “This city quickly became my home and these people quickly became my family. I’m eternally grateful for this opportunity, the support of my friends and family, the organization, my teammates, the fans—I could go on forever, but even that wouldn’t be enough time to express my gratitude. I’ll just say this: Keep betting on me, Cleveland, because I won’t let you down. Now, let’s get to work.”

This past season, Garrett had 10 sacks and two forced fumbles before his year was cut short by an indefinite suspension following him hitting Mason Rudolph in the head with a helmet during the Browns' victory against the Steelers.

“It would be remiss of me not to address the fact that we are choosing to do this after a season during which Myles was suspended,” Berry said. “Myles has been accountable for his mistake and we view the incident as well out of character. We don’t believe one moment should define him based on how he has handled himself prior to and in the months after last year’s incident. We are excited to ensure that Myles will stay in Cleveland for the foreseeable future.”