NFL Commissioner: 'Everyone should stand for the national anthem' 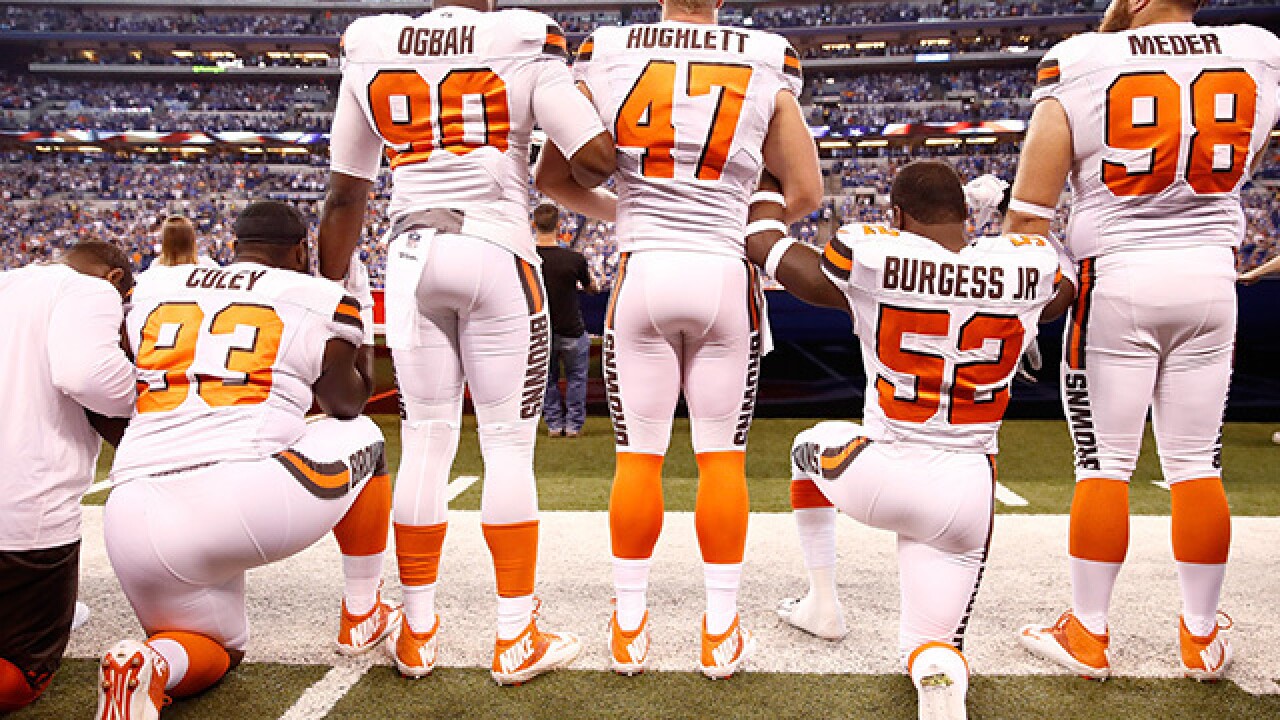 A letter from NFL Commissioner Roger Goodell to all of the teams in the league asked all players to maintain the unity that football brings to this country and stop kneeling during the national anthem.

"We live in a country that can feel very divided. Sports, and especially the NFL, brings people together and lets them set aside those divisions, at least for a few hours. The current dispute over the National Anthem is threatening to erode the unifying power of our game, and is now dividing us, and our players, from many fans across the country."

RELATED: At least 100 NFL players kneel or sit in protest

Goodell said he is proud of the players and owners who have attempted to address underlying issues in their communities. He said the NFL has heard their concerns and is taking steps to advance the dialogue.

Nonetheless, the commissioner and the NFL feel everyone should stand for the national anthem, that not doing so brings dishonor to the American flag and to the United States of America.

However, Goodell expressed the respect the organization has for the players and their opinions and feels the "controversy over the Anthem is a barrier to having honest conversations and making real progress on the underlying issues."

In response to wanting to work with their players and the issues they find important, the NFL says it will announce a plan next week to give players an in-season plaftorm to promote the issues most important to them.

"I expect and look forward to a full and open discussion of these issues when we meet next week in New York. Everyone involved in the game needs to come together on a path forward to continue to be a force for good within our communities, protect the game, and preserve our relationship with fans throughout the country. The NFL is at its best when we ourselves are unified. In that spirit, let’s resolve that next week we will meet this challenge in a unified and positive way."