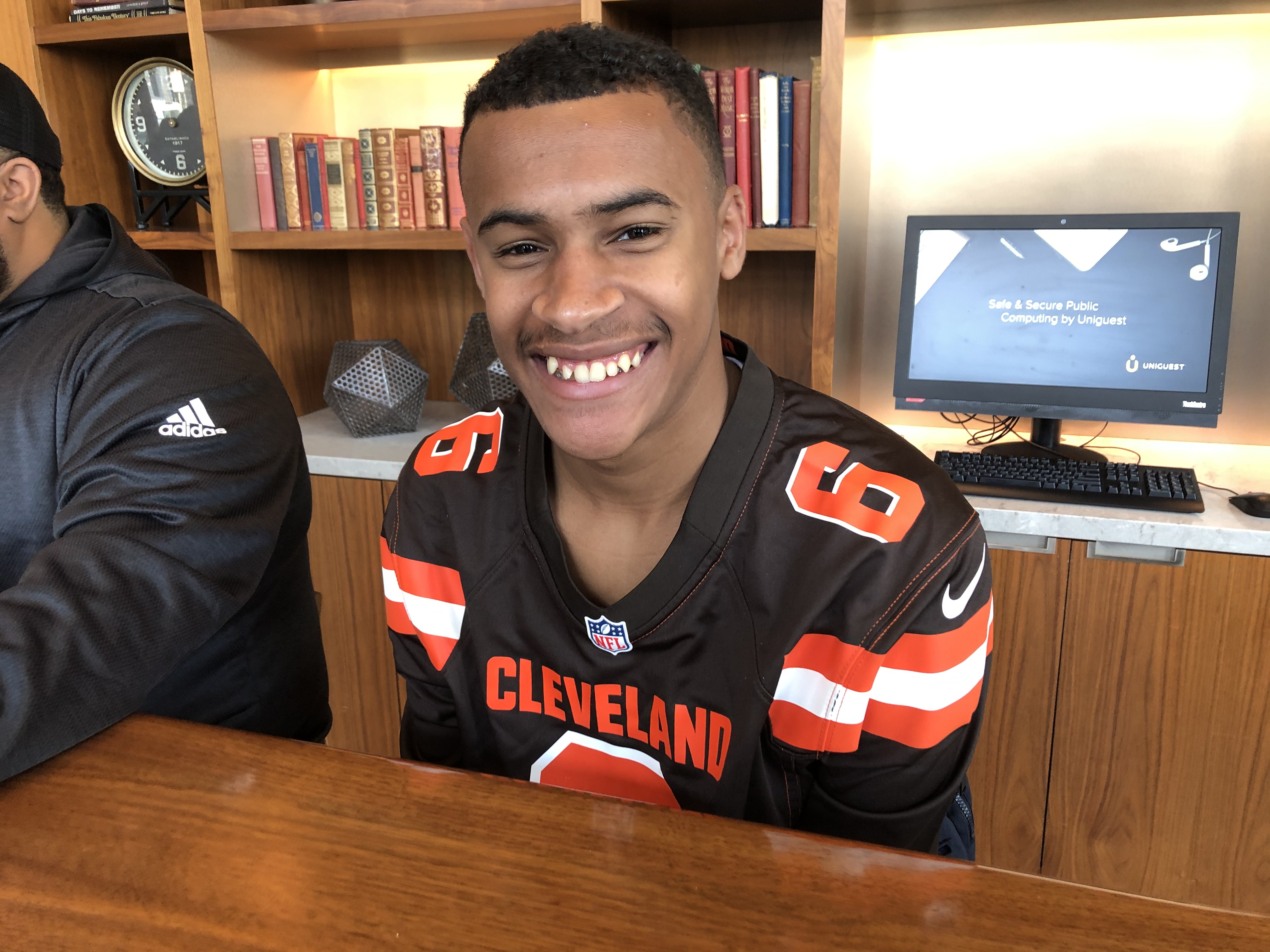 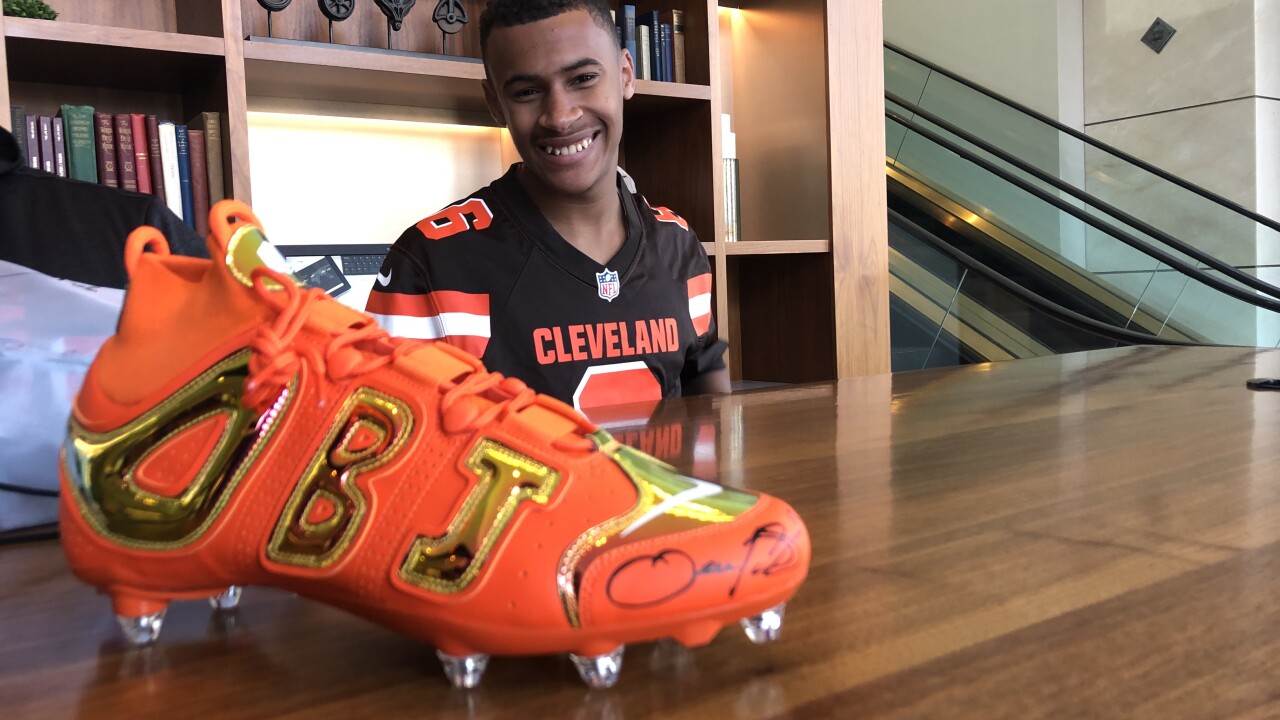 CLEVELAND — For 16-year-old Nazerith “Naz” Spates, a North Carolina high schooler, distance does make the heart grow fonder. Over the weekend, a nonprofit made his dream come true with a front row seat to the Browns vs. Cincinnati Bengals game.

Spates, who lives with an IDD (Intellectual and Developmental Disability) has always dreamed of the time he could watch the Browns take on the Cincinnati Bengals.

Over the weekend, Spates and his family were treated to a V.I.P. visit to Cleveland thanks Charlotte-based nonprofit "Dream on 3," which provides children with disabilities the opportunity to live out their sports dreams.

Not only did Spates get to see the Browns, he was able to hang out with some of the players at practice.

“I got cleats signed by Odell Beckham,” he said.

“And on his signature, he said, just keep being you, so that was awesome," his mother said.

Even though his parents aren’t officially Browns fans, they were impressed with the team.

"I will say the Cleveland Browns, their team, their coaches, their staff, everyone has a really big heart, they're caring they're genuine and I like that about people, so they're always gonna have me as a fan because of that,” said his father, Brian Rucker.

Though the word "disability" is a medical diagnosis, Spates doesn't focuses on his abilities. In his free time, he participates in the Youth Christian International Club, Special Olympics and a school-wide recycling program.

Spates also got to go bowling with some of the Browns players on Friday night.