Tale of an underdog: What one indoor leaguer is doing for a shot at a workout with the Browns 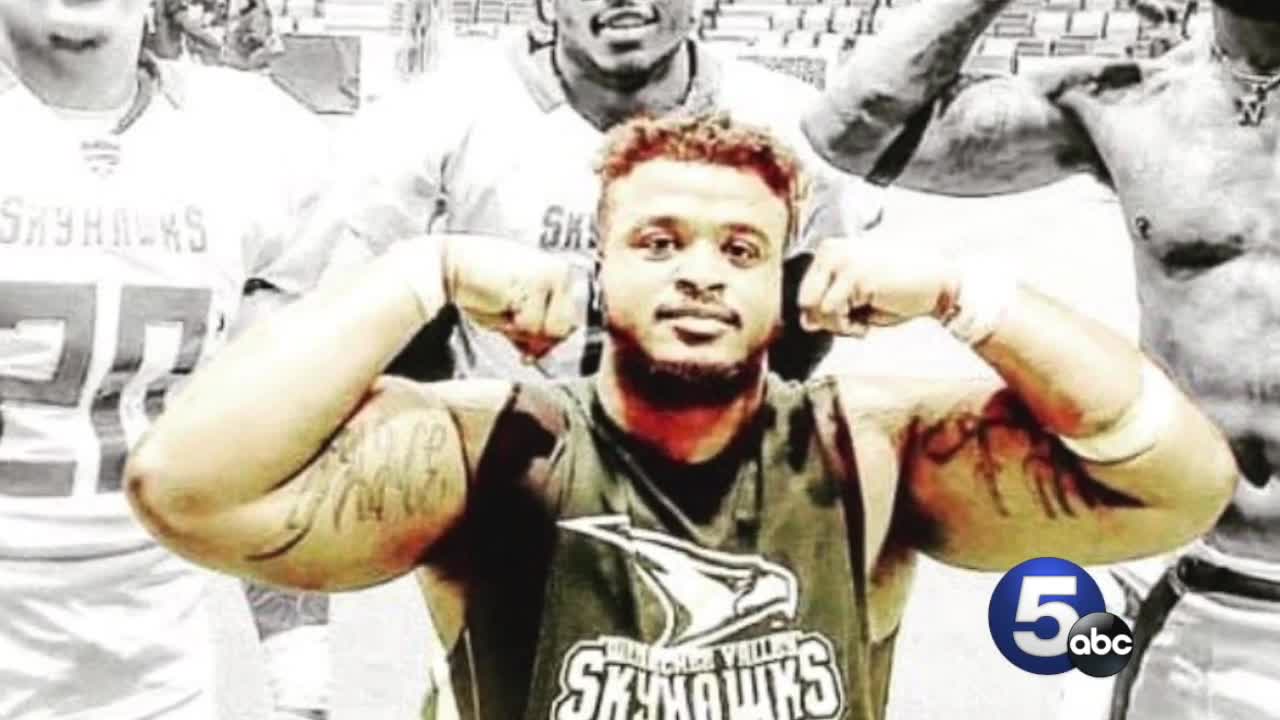 Last year, fans relished the Cinderella story of Damon Sheehy-Guiseppi, a receiver who talked his way into an NFL workout and impressed so much he made the Browns preseason roster. This year, another underdog storyline is emerging as an offensive lineman gives it his all for just one chance. 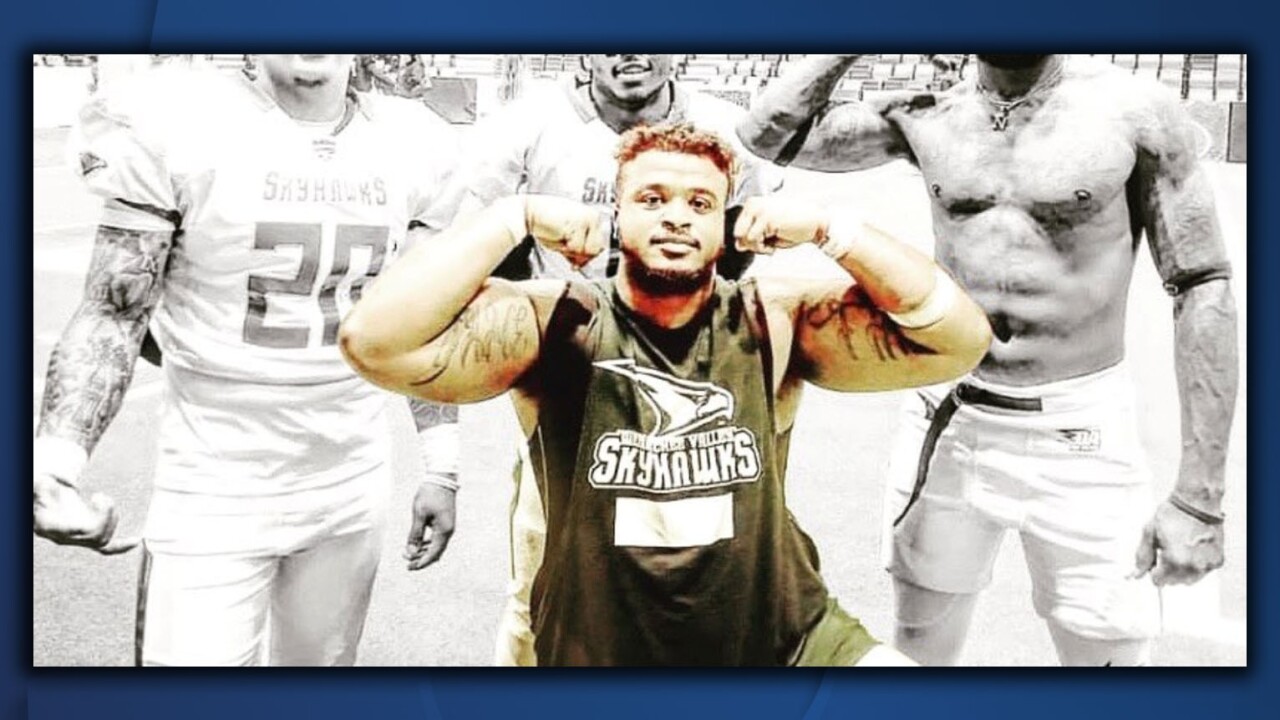 CLEVELAND — Browns fans love an underdog, and every preseason seems to offer one up, like last year's story of Damon Sheehy-Guiseppi—the wide receiver who talked his way into an NFL workout and impressed so much he ended up making the preseason roster. We don’t know who will emerge as this year’s training camp hero, but if he can get a tryout, Jarvis Courtney is ready to give it his all for one chance.

Courtney is a 26-year-old offensive lineman who currently plays arena football for the Salina Liberty, a professional indoor football team in Kansas.

Early life
Football has been Courtney’s passion since he was 6 years old. Playing through middle school and then at Chopticon High School in Maryland, where he played on both the offensive and defensive lines, Courtney knew that football was his future.

While he dreamed of going off to play college football and eventually being scouted by NFL teams, Courtney had to make a tough decision to postpone college to help take care of his family.

“After high school, I wanted to play college football, but I didn’t get the opportunity. I just stayed back and helped my mother with my brothers and sisters,” Courtney said.

Postponing his college career didn’t extinguish the fire inside of Courtney’s heart. In 2016, he made a promise to his grandmother just before her death that he would make it to the NFL.

“It was just like yesterday I was telling her that. She really couldn’t talk at the time, but she just squeezed my hand, so I know that she heard me,” Courtney said.

Knowing he was meant to be in the NFL and wanting to keep his promise to his grandmother, Courtney kept fighting.

College-bound
At the age of 23, Courtney had the opportunity to get into college, and he took it. He traveled down to North Carolina to attend Louisburg College. He hoped to join the football team and re-spark his journey to the NFL, but he was met with resistance.

“When I got there, I wanted to play football, but the head coach told me I was too old,” Courtney said. “I was only 23 at the time. He told me that I was too old and that I should just stick to the books and just give up football, and he told me how I wouldn’t get scholarships to play anywhere else.”

He used that as motivation.

“Who are you to tell me that I should just give up on my dreams?” Courtney said.

That’s when he started making the videos.

One Chance
Courtney is adamant that all he needs is one chance in order to impress an NFL team and make it onto their roster. To showcase his talent and dedication, he has been posting his workout videos on social media and trying to reach as many people as he can.

After being told to give up playing football, Courtney made the roster of the West Virginia Roughriders, who play in a professional indoor football league. He played eight games with the team before he was picked up by a higher league and joined the Wenatchee Valley Skyhawks in Washington.

Courtney impressed with the Skyhawks, playing a full season with the team and making a name for himself before he was picked up by a higher league again, this time joining the Salina Liberty. The lineman dominated the first few weeks of camp for the Liberty, but because of the COVID-19 pandemic, the season was canceled.

Now, Courtney is using his time off to better himself in the gym and garner the attention of the NFL on social media as he continues posting his workouts and hoping he’ll be given a shot.

With 32 teams in the league, Courtney is looking for a chance, and one team in-particular stands out.

Home of the underdogs
Courtney considers himself an underdog, so it’s no surprise that he would want to join the team in the city that has prided itself for decades on being the underdogs.

The Browns have been piecing together their offensive line during the offseason, signing Jack Conklin and drafting Jedrick Wills along with some other transactions to add depth to the line to protect Baker Mayfield in what could be the most pivotal season of his career, and Courtney hopes to be a part of that depth.

While he hasn’t gotten that offer to workout with the team just yet, Courtney continues to make a case for himself on social media and has gotten a lot of attention from the team's fanbase, which is now rooting for the underdog, as Clevelanders so often do.

“Everybody looks at Cleveland as the underdog and I’m an underdog myself so I just feel like I fit perfect with them,” Courtney said. “If you want Baker [Mayfield] to be protected, I’m the man for the job. You want to score? You can run the ball behind me, and we can get it done. I’m just ready to work and ready to compete and just ready to prove a lot of people wrong.”

Regardless of whether Courtney gets that workout with the Browns, his story is one of perseverance and passion and serves as a beautiful example for those still chasing their dreams.