What Jedrick Wills brings to the Cleveland Browns 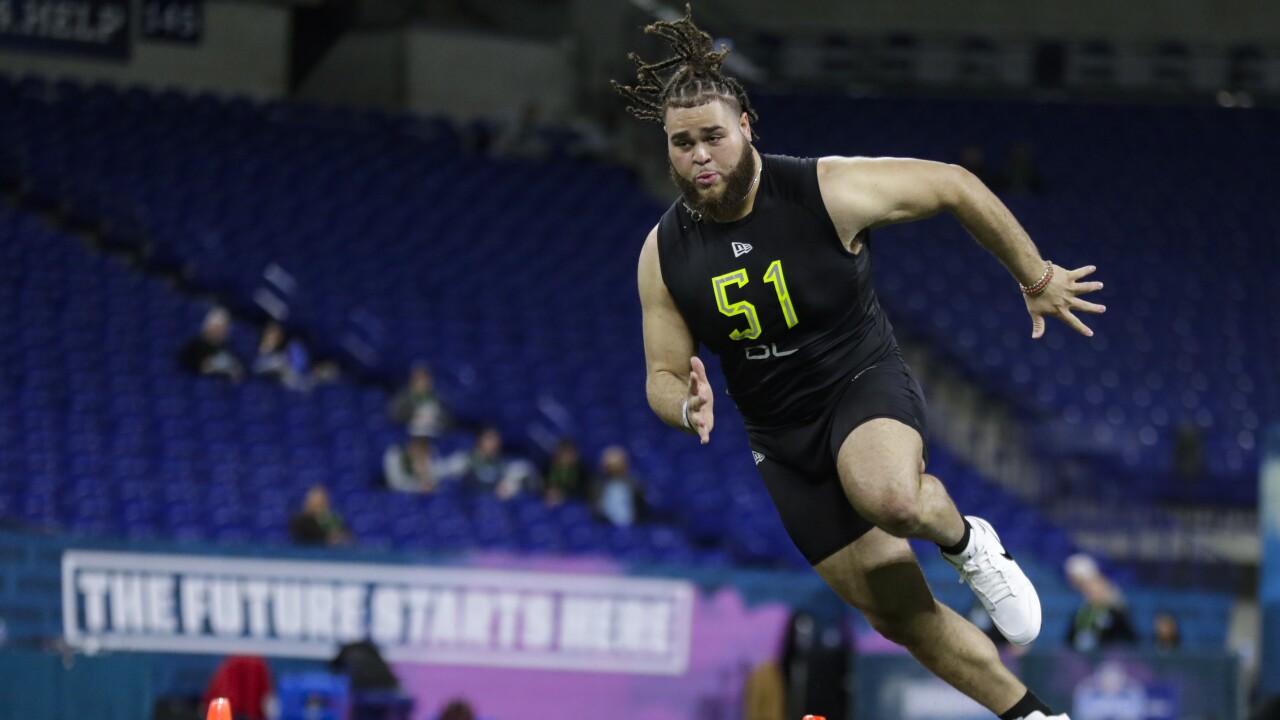 BEREA, Ohio — The Cleveland Browns selected Alabama offensive tackle Jedrick Wills with the 10th overall pick in the 2020 NFL Draft Thursday night. With a glaring hole at left tackle, the Browns will look to transition Wills into the position from his right tackle role with the Crimson Tide.

Browns general manager Andrew Berry expressed to the team that Wills would be transitioning to left tackle, which comes as no surprise considering the recent signing of All-Pro right tackle Jack Conklin. The rookie will likely start in place of Chris Hubbard, who left much to be desired last season.

Some fans were concerned with the Browns selecting a player who predominantly played right tackle and forcing him to transition to the other side, but those worries shouldn’t be too pressing with Wills. Wills protected left-handed Alabama quarterback Tua Tagovailoa, making him extremely familiar with protecting the blindside. Now protecting right-handed Browns quarterback Baker Mayfield, Wills will once again be on the blindside when he slides over to left tackle in Cleveland.

Wills brings size and agility to the Browns offensive line. His loose hips and quick feet help him get out of the gate quickly and protect against the most athletic rushers he faces. Last season, Wills earned second-team Associated Press All-American and first-team All-SEC honors. He allowed just one sack and only missed seven assignments in 771 snaps.

He also fits the Browns' offensive system and that was one of his most attractive qualities, Berry said.

“We do think that Jed is a very clean fit for our offensive system and largely because of his athletic ability and his movement ability. They ran a lot of wide zone at Alabama, too, so it was a bit of an easier translation for us because it is not like he was in an offensive system where you didn’t see him do some things in the running game that we are going to require of our offensive linemen, but we think really physically he is certainly one of the prototypes for our system,” Berry said.

Although Wills, standing at 6-foot-4, is slightly shorter than the average offensive lineman, his impressive athleticism makes up for it.

He has the talent, but how will Wills fit in with the team? Well, he’s already doing it.

Just after he was selected by the Browns, wide receiver and new teammate Odell Beckham Jr. took to Twitter to welcome him to the team while taking a lighthearted jab at his Alabama roots, being from rival LSU. Wills responded in a way that should make Browns fans proud to have him on the team.

Just lemme know how much time you need to finish your route 13🤞🏽😤 https://t.co/LUOsKtbIgR

With his talent and pure athleticism, it’s clear Wills was at the top of the Browns' list. After linebacker Isaiah Simmons was selected by the Arizona Cardinals two picks before the Browns were on the clock, filling the hole at left tackle became the highest priority.

With a plan in place and plenty of talent at offensive tackle still on the board, including Tristan Wirfs and Mekhi Becton, once the Browns were officially on the clock, it only took seconds before the pick was in, indicating that Berry and the Browns were already set on Wills -– and for good reason.

The Browns fared well on Thursday, filling a crucial hole in the offensive line to protect their franchise quarterback who is in a critical year of his career. With Wills and Conklin in front of him, Mayfield should have much more confidence in the pocket and hopefully that will allow him to have the season that Browns fans know he’s capable of.