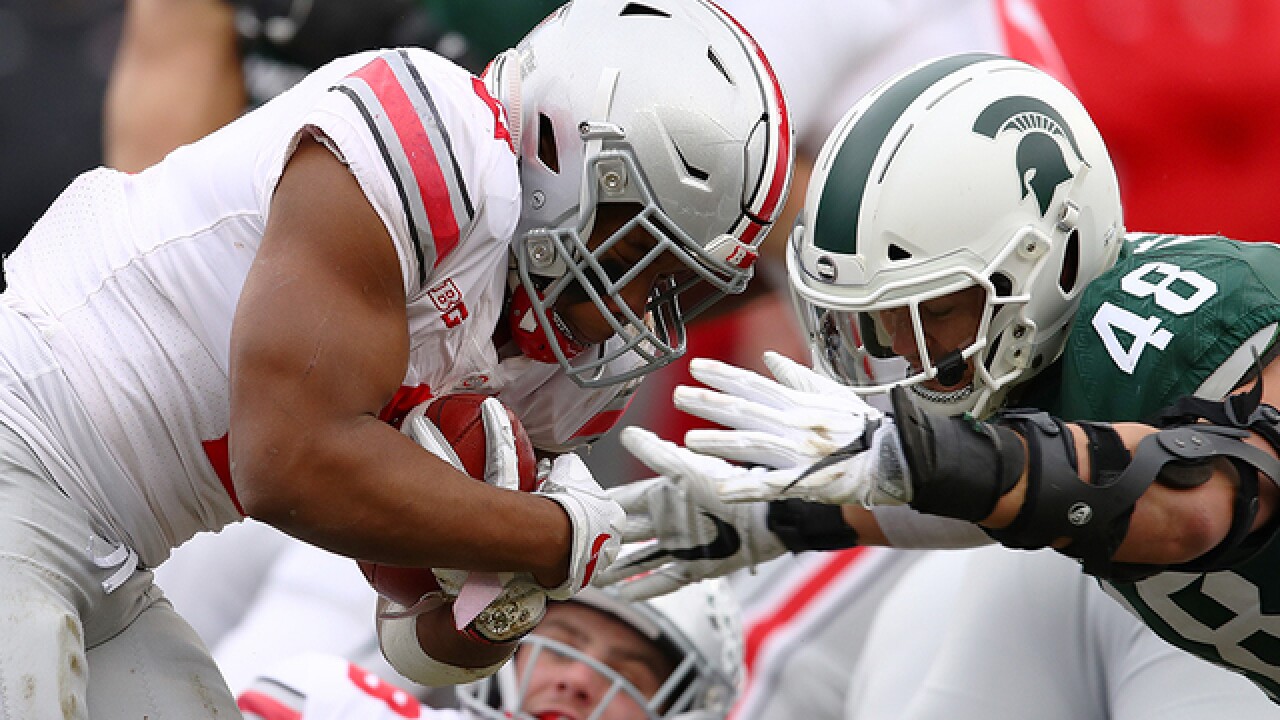 The day after earning a spot in the Big Ten championship game, Northwestern is ranked in The Associated Press college football poll for the first time this season.

The Wildcats (6-4) were No. 24 in the Top 25 after beating Iowa to clinch the Big Ten West with two games to play.

The rest of the Top 25 was fairly stable, especially at the top where the only difference in the first 11 teams from last week was No. 8 Washington State moving past No. 9 Ohio State and No. 10 LSU.

Alabama is a unanimous No. 1, followed by Clemson, Notre Dame, Michigan and Georgia. Oklahoma is six and West Virginia seventh. UCF is still No. 11.

Northwestern was ranked 17th at the end of last season, but lost three of four to start 2018.

The Wildcats have had a strange season, losing early to Duke and Akron and late to Notre Dame, to become the first team in FBS to win a division without winning a nonconference game, according to ESPN Stats and Info. But they are 6-1 in Big Ten play, with only a 20-17 loss against Michigan. Northwestern has won four Big Ten games by four points or less, and beat Michigan State by 10.

The number of teams with at least three losses increased from seven to 10 this week, including two teams (Northwestern and No. 25 Mississippi State) with four losses. Last year, the Top 25 released after week 11 of the regular season included six teams with three losses and none with four.

Army was to first team in others receiving votes this week, falling five points short of No. 25 Mississippi Stat. The Black Knights (8-2) have not been ranked since 1996.

No. 20 Kentucky had the biggest fall of the weekend among ranked teams. The Wildcats fell eight spots after losing to Tennessee. Kentucky is on a two-game losing streak after reaching No. 9.

— Fresno State fell out after losing to Boise State. The victory lifted the Broncos back in the rankings for the first time since September.

— North Carolina State is out after losing at home to Wake Forest.

— Michigan State’s fourth loss dropped the Spartans from the rankings.

No. 21 Utah moved back into the rankings after beating Oregon after losing its top quarterback and running back to injuries in the previous week.

No. 3 Notre Dame vs. No. 12 Syracuse in New York. The most significant college football game at Yankee Stadium maybe since the 1940s.

No. 19 Cincinnati at No. 11 UCF. ESPN’s “College GameDay” comes to Orlando, Florida. Knights fans can complain about their team’s ranking in person.

No. 18 Iowa State at No. 13 Texas. Both teams can still reach the Big 12 championship game.