AP Top 25: Ohio State up to No. 6 after stomping Michigan

Ohio State moved up to No. 6 in The Associated Press college football poll after trouncing rival Michigan.

The Buckeyes jumped four spots and the Wolverines fell four to No. 8 on Sunday, but overall the rankings were relatively stable after the last weekend of the regular season. Going into next week, when each FBS conference will play a championship game, Alabama, Clemson and Notre Dame are the top three for the sixth straight poll.

Washington State and LSU both dropped out of the top 10 and are tied for No. 12. 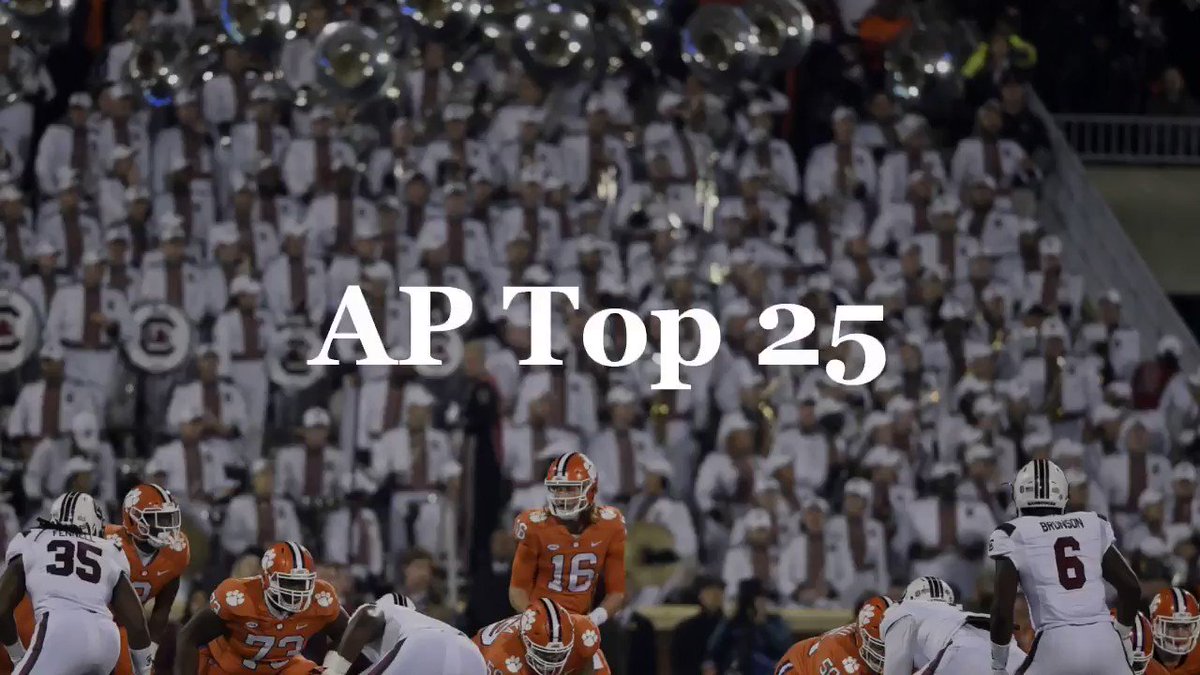 POLL ALERT: Georgia climbs to No. 4 in AP Top 25 behind Alabama, Clemson, Notre Dame; Ohio State up to No. 6 behind Oklahoma. See the full poll: https://collegefootball.ap.org/poll

105 people are talking about this

Alabama has been ranked No. 1 for 14 straight weeks. The Crimson Tide are the first team to have three seasons of 14 straights weeks at No. 1, starting from the preseason. The Tide also accomplished the feat in 2016, when it went 15 polls at No. 1 before losing the College Football Playoff championship game to Clemson, and in 2012, when it lost to Auburn on the Kick Six during the final weekend of the regular season.

Southern California is the only other school to go 14 straight weeks in a season at No. 1, doing it in 2004 and 2005. The Trojans won the national championship, becoming just the second wire-to-wire AP No. 1, and lost the BCS championship game to Texas to end the 2005 season.

No. 22 Texas A&M moved back into the ranking after beating LSU 74-72 in a game that tied the FBS record with seven overtimes and broke the record for total points.

No. 25 Fresno State also moved back into the rankings.

Utah State (10-2) dropped out after losing to Boise State in a game that decided a spot in the Mountain West championship game against Fresno State. The Aggies had reached No. 14.

Pittsburgh is out after losing to Miami. The Panthers had already clinched a spot in the Atlantic Coast Conference and will face No. 2 Clemson unranked and with a 7-5 record.

No. 4 Georgia vs. No. 1 Alabama, SEC championship Saturday in Atlanta. Winner goes to the playoff. Maybe the loser, too.

No. 9 Texas vs. No. 5 Oklahoma, Big 12 championship Saturday in Arlington, Texas. Playoff and Sugar Bowl ramifications.

No. 17 Utah vs. No. 10 Washington, Pac-12 championship Friday in Santa Clara, California. Winner goes to the Rose Bowl.

No. 25 Fresno State at No. 19 Boise State, Mountain West championship Saturday. Winner could end up in New Year’s Six bowl.