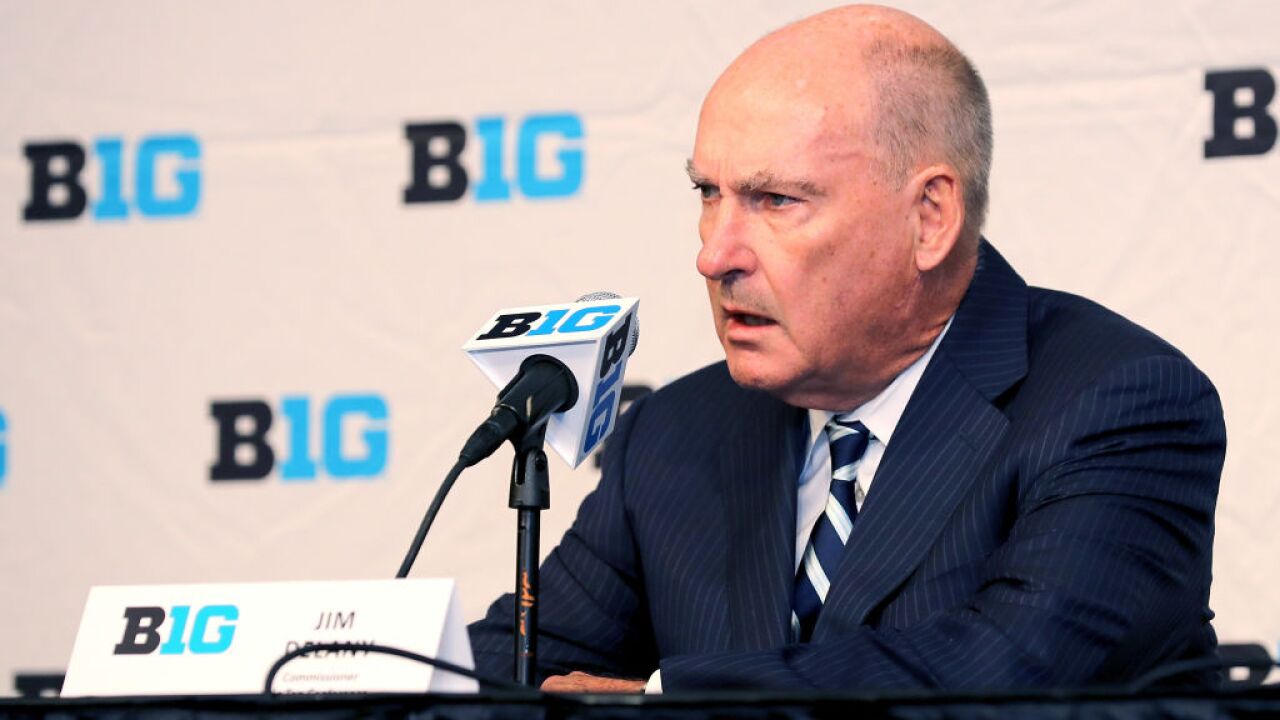 Delany, who is in his 31st and final year as commissioner, said the loss of the four-year scholarship, the ending of the $15 weekly “laundry” stipend for athletes and allowing freshmen to play have all contributed to various headaches.

“I think that’s really expedited everything and hasn’t allowed for the full socialization, cultural and academic, for students,” he said. “I raised that issue about five years ago, and to be honest with you, there was not much of a reaction. It was more of a thud. So I would say some of those areas are issues that have concerned me.”

In the mid-’70s, the NCAA ruled schools no longer could provide athletes with a monthly living expenses stipend. “Cost of attendance” stipends have only recently been offered to certain athletes amid lawsuits against the NCAA, schools and conferences over everything from athlete safety to compensation.

During his tenure, Delany added Penn State, and then helped the Big Ten land Nebraska, Maryland and Rutgers 20 years later to expand to its current 14 teams. Delany oversaw the creation of the Big Ten championship game in football, as well as the launch of the Big Ten network. The Big Ten was also the first conference to implement an instant replay system during Delany’s tenure.

The Big Ten has been left out of the College Football Playoff the past two years, as has the Pac-12. Ohio State was the first team out two years ago and this past season lost out because of a lopsided loss to an unranked team. The selection protocol says conference championships, head-to-head results, strength of schedule and comparative outcomes are used as virtual tiebreakers when teams are close. No factor is weighted more than another.

Still, Delany used Thursday as an opportunity to push the selection committee to emphasize strength of schedule and league championships. Big 12 Commissioner Bob Bowlsby said much the same earlier this week.

“Usually when Bob says things like that, he precedes it by saying, ‘If I were a football czar,‘” the 71-year-old Delany said. “Bob is not a football czar, (and) neither am I. The best I can hope for is the College Football Playoff committee, as their members turn over and change — and there’s a lot of change in that group, they’re good people with good intentions and good football awareness — pays more attention to the founders’ effort to value strength of schedule as well as winning conference championships.”

Delany will retire in 2020 and Kevin Warren will take over on Jan. 2. Warren is a former chief operations officer of the Minnesota Vikings and will be the first black commissioner of the Big Ten.

“It’s really important,” Mike Locksley, the first black head football coach at Maryland, said of the Warren hire. “Not just to me as much but maybe to some of the other minority kids that are growing up that may want to be commissioners or presidents as we saw with President Obama. ... Hopefully having a guy like Commissioner Warren running the show for the top conference, to me, in college athletics, it lets young kids growing up know that they can have these types of options as they grow.”

Delany said he and Warren will begin working together on Sept. 16.

“When he comes in, what we’re trying to do is to use that time in a way that gives him a sense of the rhythm of the conference,” Delany said. “So we’ll have conference commissioners’ meetings at the Big Ten, we’ll have joined group meetings. He’ll be around for those. We’ve also invited external partners in from all over the country, from television to bowls to other groups.”