Can No. 25 Michigan State slow down fourth-ranked Buckeyes? 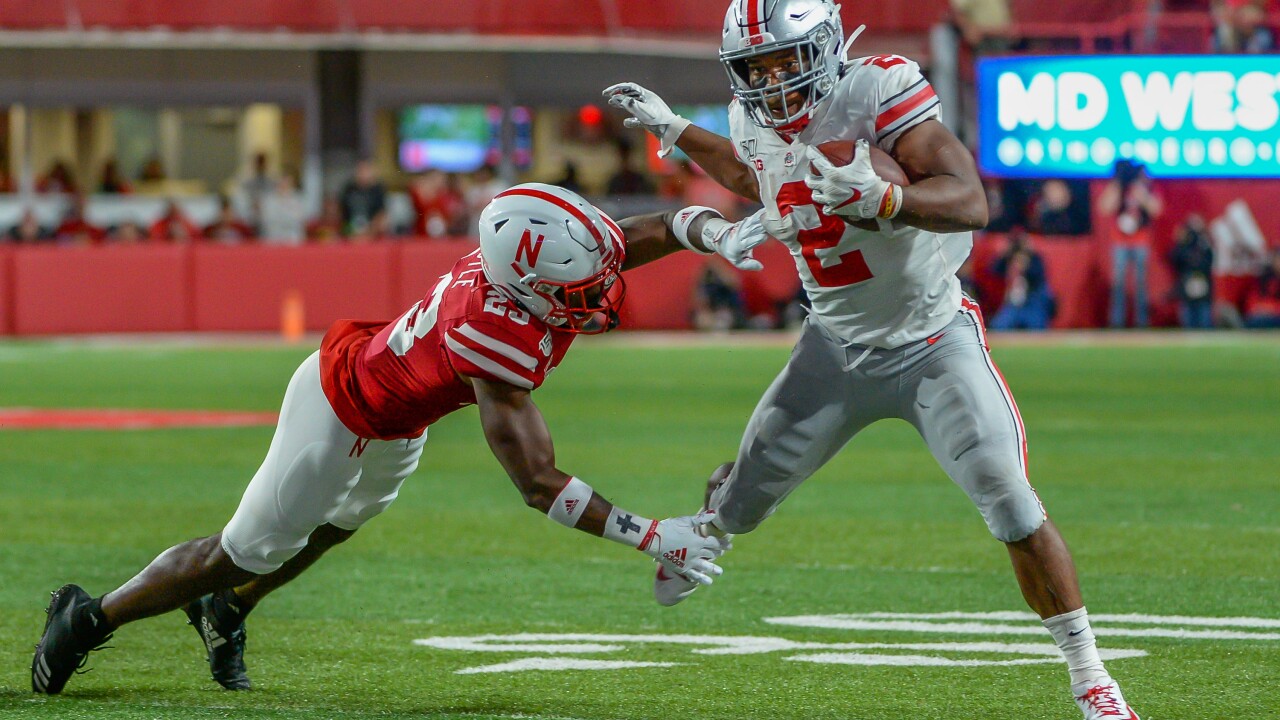 Michigan State’s defense is one of the best in the country, but the unit may have difficulty containing quarterback Justin Fields and a Buckeyes offense that is surging, coming off a 48-7 dismantling of Nebraska. Ohio State is not making many mistakes on either side of the ball but will be playing a ranked team for the first time this season. The night game in the Horseshoe begins an arduous five-game stretch that will test the Spartans.

Ohio State quarterback Justin Fields vs. Michigan State’s defense. Fields has accounted for 23 touchdowns _ 16 passing, seven running _ and his 138 points responsible for is second in the nation. Michigan State has the fourth-best running defense in the country and is limiting opponents to an average of 15 points per game. The unit has caused 10 turnovers and has a Big Ten-leading six interceptions.

Ohio State: RB J.K. Dobbins. The Buckeyes No. 1 tailback has been nearly unstoppable and could have gaudier numbers if not for giving way to backups in blowouts, which every Ohio State victory has been. After running for 177 yards against Nebraska last week, he has 654 yards and five touchdowns in five games. He’s averaging over seven yards per carry.

Michigan State: QB Brian Lewerke. The fifth-year player leads the Big Ten in total passing yards (1,325) and completions (104) and is tied for second with 10 TD passes. He’s completed just under 60 percent of his passes and has just one interception.

The Spartans have defeated the Buckeyes three times since 2011, the most of any team in the Big Ten. ... The Buckeyes are outscoring opponents by 43.8 points per game. ... The Ohio State defense has allowed just 43 points, with 17 of them coming in Big Ten wins over Nebraska and Indiana. The unit ranks fourth nationally in scoring defense, surrendering an average of just over eight points per game. ... Spartans All-American linebacker Joe Bachie leads the Big Ten with 46 tackles.