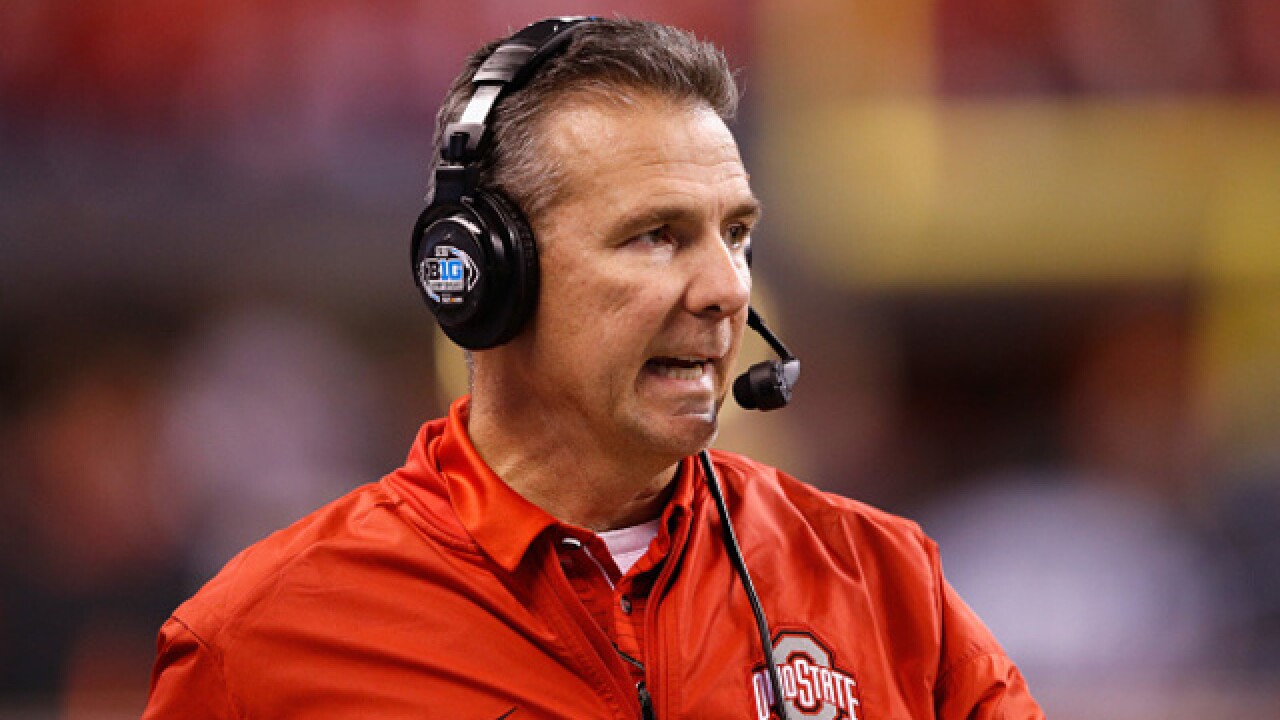 As nerve-wracking as it must have been for Ohio State fans to watch the wild, back-and-forth overtime victory against Maryland , it has become just as uncomfortable to watch coach Urban Meyer endure his team’s games.

The countless camera shots of Meyer bent over, hands on knees and head down, are excruciating television. As his defense allowed big play after big play to the Terrapins on Saturday, Meyer looked as if every yard was a sharp stick poking him in the neck. Each penalty on Ohio State, wiping out a positive play for the Buckeyes, seemed to zap Meyer like an electric shock.

The Buckeyes coach has dealt for years with a congenital arachnoid cyst in his brain that causes what his doctor has called aggressive headaches. Meyer had surgery to address the issue in the spring of 2014.

Meyer, 54, is not a sympathetic figure for most fans outside of those who root for the Buckeyes. Even in Florida, where he led the Gators to two national championships, Meyer is remembered as much for bailing out abruptly when things started going bad and leaving behind a dysfunctional team. He said health issues and a desire to spend more time with his family led him to step aside, but after a year away he landed at Ohio State, coaching the team he grew up rooting for. Meyer and the Buckeyes have been rolling ever since — 80-9 with a national title.

The first taste of turmoil in Columbus for Meyer came this offseason, when he was suspended for the first three games for his handling of former assistant coach Zach Smith, who had been accused by his ex-wife of domestic abuse.

Meyer has faced numerous questions since his return to the sideline about his future as Ohio State coach and his health. He has said he expects to be back in 2019. But in a season in which there has been limited drama on the field — with No. 1 Alabama and No. 2 Clemson stomping toward a seemingly inevitable College Football Playoff championship matchup — whether Meyer can continue to be Ohio State coach has become the most intriguing story of 2018.

Amazing as it may seem with how the ninth-ranked Buckeyes (10-1, 7-1, No. 10 CFP) have played this season, they head into the rivalry game against No. 4 Michigan (10-1, 8-0, No. 4 CFP) a victory away from winning the Big Ten East and playing for the conference title.

The playoff is still a possibility, too. But what happens at Ohio State after the games have been played?