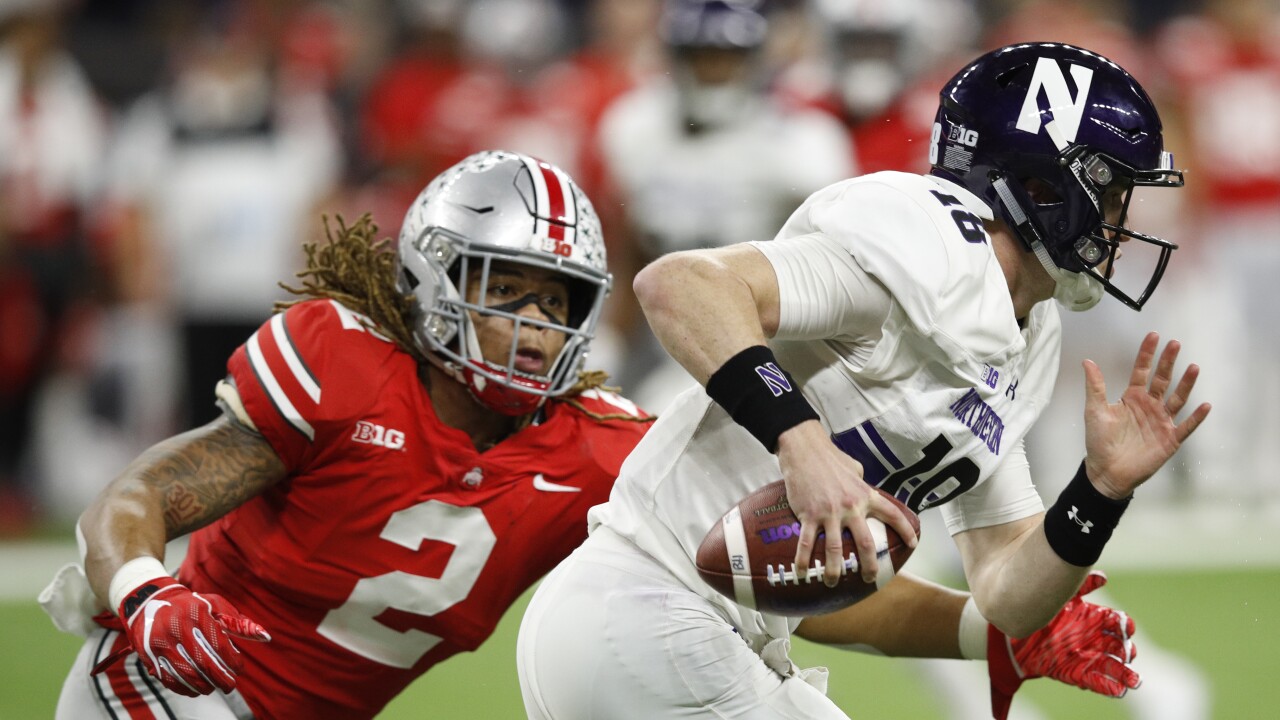 COLUMBUS — Ohio State star defensive end Chase Young will be held out of one more game as punishment for breaking NCAA rules by accepting a personal loan.

The penalty was announced by Ohio State in a statement Wednesday. The school had sought immediate reinstatement from the NCAA.

The situation worked out as well as it could have for the second-ranked Buckeyes. Young, a preseason All-American and the nation’s leader in sacks, was held of the 73-14 rout of Maryland last week and will miss Saturday’s game against 50-point underdog Rutgers.

He’ll return for showdowns with No. 9 Penn State and No. 14 Michigan to end the regular season.

Ohio State announced the day before its game with Maryland that Young would be held out amid concerns he violated NCAA rules by taking a loan last year from someone he describes as a “family friend” for living expenses. Young explained his “mistake” in a tweet and said the loan had been paid back.

Ohio State athletic director Gene Smith said the violation was reported to the university on Oct. 27, the day after the Buckeyes beat Wisconsin and Young’s dynamic four-sack performance inserted him into the Heisman Trophy conversation.

Young was confronted with the report and cooperated with the university’s investigation. Smith declined to comment on whether Chase knew at the time that borrowing the money was an NCAA violation.

Ohio State submitted its report on Tuesday and the NCAA came back with the decision today. The university had asked for a single-game suspension but decided not to appeal the NCAA’s ruling that Young sit out two games.

Smith declined to comment on who reported the violation but did say it was not another Big Ten school. He also declined to talk about how much Young borrowed and from whom. The player wasn’t made available Wednesday.

“This is the example of the culture of compliance we have at Ohio State,” Smith said.

“I also want to commend Chase Young and let him know how proud we are of him,” Smith said. “He took responsibility for his actions, cooperated throughout the process and understood and accepted that there would be consequences.”

Smith said that based on the circumstances of the loan, the NCAA “would use its leadership capacity to take an understanding approach on behalf of all student-athletes who find themselves in a similar position, and it certainly did just that.”

Young tweeted in response to the decision on Wednesday: “Excited to be back on the field next week! Thank you Buckeye Nation for all the love and support.”

Young has been practicing with the team all week and will continue to do so.

“He’s exactly the way he was before,” defensive tackle Davon Hamilton said Tuesday. “Obviously, he’s going through the situation, and he just continues to be himself. We’ll support him no matter what.”

The junior likely will be a high first-round pick in next year’s NFL draft.

The suspension has been the first hint of off-field trouble or any significant adversity for the Buckeyes, who are ranked No. 2 in the current playoff rankings in coach Ryan Day’s first season in charge.

A year ago, Ohio State dealt with a three-game suspension to the start the season for then-coach Urban Meyer, who was punished by the university for mismanaging domestic-abuse allegations against a former assistant coach.