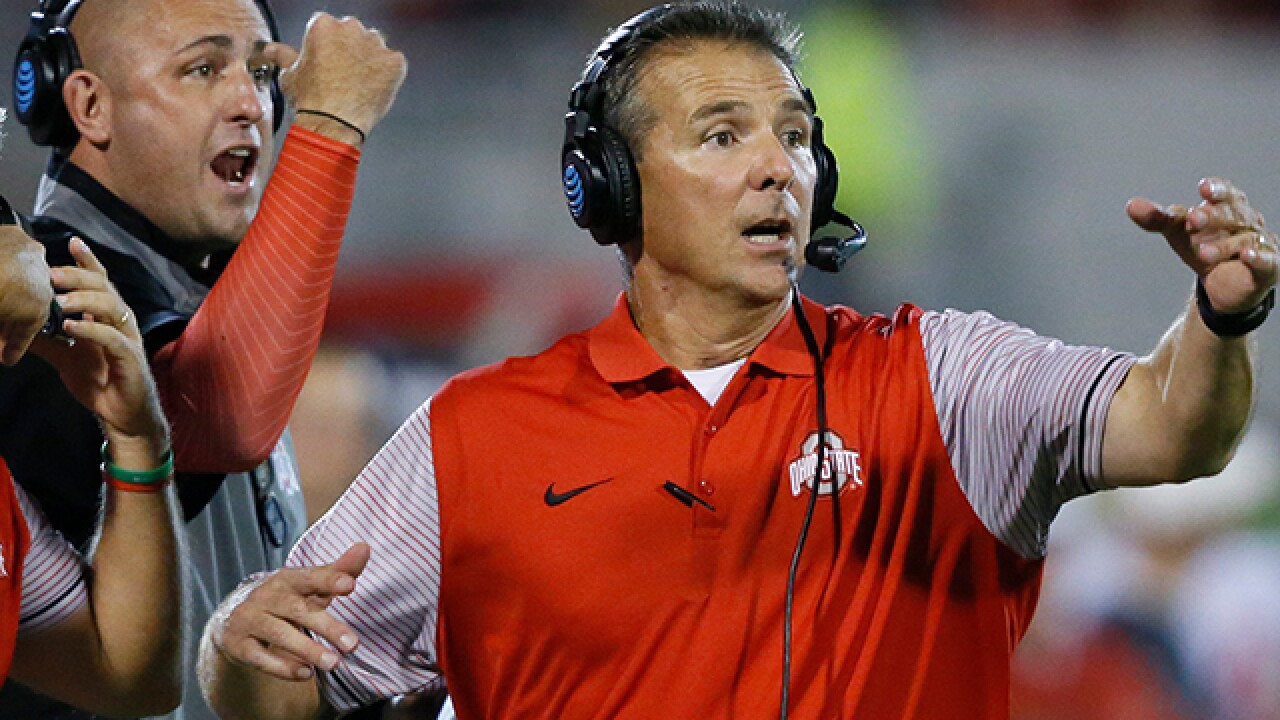 Copyright Associated Press
AP Photo/Sue Ogrocki, File
<p>FILE - In this Sept. 17, 2016, file photo, Ohio State head coach Urban Meyer, right, and then-assistant coach Zach Smith, left, gesture from the sidelines during an NCAA college football game against Oklahoma in Norman, Okla. What has transpired over the last three weeks at Ohio State should be a lesson to all coaches. Your football program is not a family. Urban Meyer treated Zach Smith like family, and it almost cost one of the most accomplished coaches in college football his job. (AP Photo/Sue Ogrocki, File)</p>

Fired Ohio State assistant coach Zach Smith denies that he abused his ex-wife and blames the university president for an investigation that led to the suspension of coach Urban Meyer.

In a series of tweets Wednesday, the 34-year-old Smith also lashed out at media, contended the investigation into his behavior was botched and said he hopes Meyer was forced by the university to apologize. He also posted a picture of his two children to tell critics that “your reckless & complete disregard for human beings hurts innocent children.”

Meyer was suspended for three games after an investigation found he mishandled domestic-abuse accusations and other bad behavior from Smith, the grandson of former Ohio State coach and Meyer mentor Earle Bruce.

Ohio State did not immediately respond to a message seeking comment.