For playoff contenders, starting third has been bad news 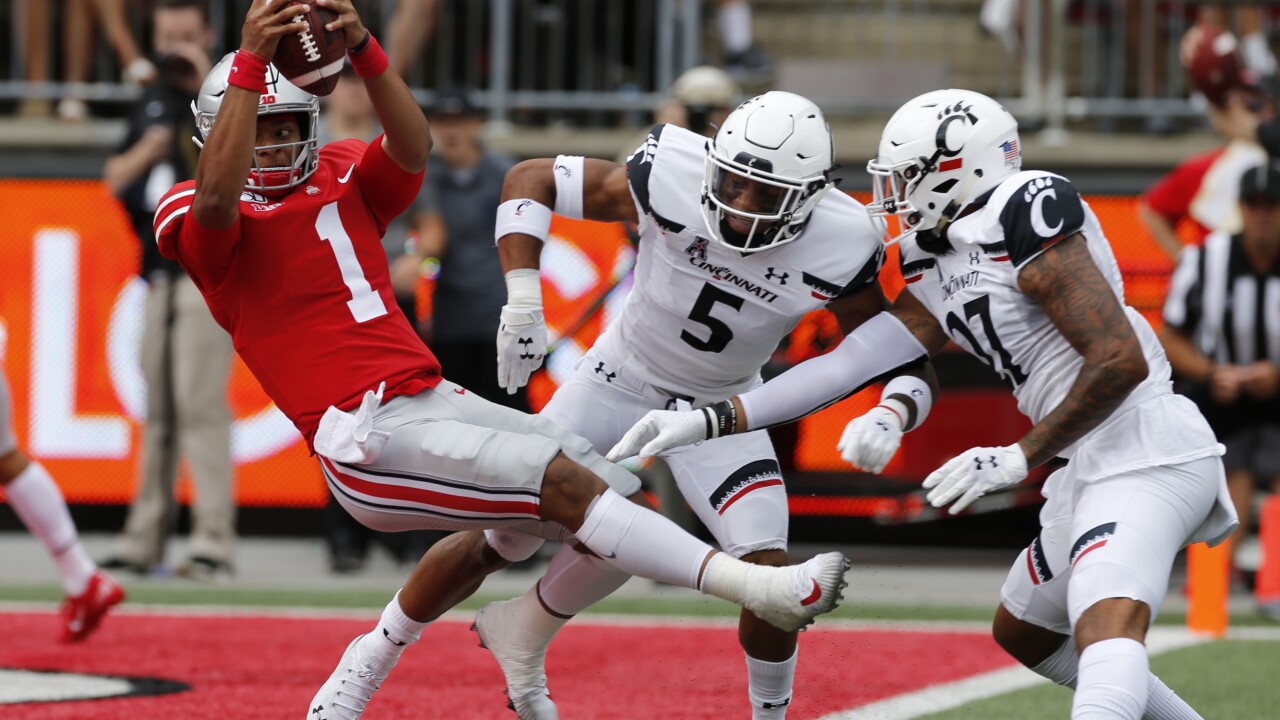 If the five-year history of the College Football Playoff has taught us anything it is this: Don’t start off third in the initial rankings.

The 13-member selection committee headed by Oregon athletic director Rob Mullens gathered at a hotel in Grapevine, Texas, on Sunday to hammer out its first top 25 of the season. It will be revealed Tuesday night.

It will provide the first look at what the committee is thinking about the contenders. LSU, Alabama, Ohio State, Clemson and Penn State are all expected to be in the mix for those precious top four slots.

Over the last five years, 11 of the 20 teams to appear in the top four of the committee’s initial rankings went on to reach the playoff. The hit rate has been going up. In 2014, just one of the initial first four advanced to the playoff: second-place Florida State. That increased to two the next two years. The last two years, three of the initial top four made the playoff.

But never the team ranked third out of the gate.

Last year, that was LSU, behind Alabama and Clemson and ahead of Notre Dame. Like last year, days after the first playoff rankings are released, the Tigers and Crimson Tide will play. According to the AP Top 25 rankings, it will be a No. 1 vs. No. 2 matchup — just the 26th in the regular season in the 83-year history of the poll and the first since LSU and Alabama matchup in 2011.

Last year, LSU had already lost a game going into the Alabama showdown. When the Tide smoked the Tigers, they were never in serious playoff contention again.

This year, LSU and Alabama are unbeaten, and even before the first CFP rankings are released the question is: Will the latest Game of the Century be an playoff elimination game or just a way to determine seeding for two of the best four teams in the country? LSU-Alabama is one of several huge remaining games involving playoff hopefuls. Another one is Penn State at Minnesota on Saturday in a matchup of unbeaten teams. Down the road, unbeaten Baylor will play one-loss Oklahoma and Penn State also has a showdown at Ohio State which could be the Big Ten’s version of LSU-Alabama.

What could really turn the race inside out are upsets. With four weeks left before championship weekend when the playoff and bowl game berths are set, unranked teams with opportunities to provide potential twists and turns:

Iowa State at No. 9 Oklahoma. The Cyclones came into the season ranked and considered maybe the third-best team in the Big 12. They have lost three times, but by a combined 10 points. If the Sooners were to take a second loss, suddenly Baylor becomes not just the best playoff hope for the Big 12, but maybe the only one.

UCLA at No. 8 Utah. The Bruins have won three straight games after a terrible start and are still in control of their Pac-12 South championship hopes. The Utes have been dominant, but coach Chip Kelly could turn this into his first signature win at UCLA and ruin the Pac-12′s hope of a Utah-Oregon title game matching 11-1 teams.

Penn State at Indiana. The Hoosiers are on their way to their best season in 15 years and they will face the Nittany Lions after Minnesota and before Ohio State.

Texas A&M at Georgia. The Aggies have already faced Alabama and Clemson. The Bulldogs might be more at their level. Another loss would all but eliminate the Bulldogs and could complicate the SEC’s hopes of landing two teams in the final four.

Texas A&M at LSU. If LSU is No. 1, this would be the third top-ranked team the Aggies have faced this season. Another chance to derail the SEC’s master plan.

Clemson at South Carolina. Clemson has won five straight in the rivalry and most have not been close. It’s hard to find even a hint of upset potential on the Tigers’ schedule, but a rivalry game on the road? Maybe? And one loss could be one too many for Clemson considering the state of the rest of the ACC.